I wrote nonfiction in third person. It’s a strange method to approach narrative, essay and memoir. An unusual way to share a personal story. Most of my work had read like fiction and often, there felt a gap between the main character (me) and the audience. I told myself for years that this form would be a great device. A style of my own. Back then, I wrote my stories from a “she” instead of a “me” perspective.

In writing groups and workshops, my short stories were processed as if fabricated. Initially, feedback was difficult, especially when another writer would say something like, “she would never do that” or “I don’t believe this could happen”, which is a reminder that I had yet to establish enough of my protagonist (me) on the page. Even better was advice, “you might think about her doing this instead…” followed by ideas on how my character, meaning me, should behave. It felt like a cross between a lecture and a counseling session. Yes. I wish I could show more of the interior of my character (me).  And I wish my character (me) would have done things different. Don’t we all?

Yet my form with third-person memoir did succeed, but not through publication or recognition. I found, through the use of third-person, I could write the hard stuff, the stuff that damaged me, that changed me, that shamed me. I could write this as if I were writing about somebody else. As if this wasn’t me at all. With this technique, I found myself raw, real, and willing to commit to truth. I was less likely to edit while I wrote when the prose wasn’t closely attached to me.

In my first residency at Sierra Nevada’s MFA program, I wanted to brave up and read at open mike. I had some strong material, mostly excerpts from a larger manuscript that stayed stored in a file, waiting for revision. The section I selected was from a writing prompt based on a poem, “If These Old Walls Could Talk”, and is often used in a therapeutic setting. Not only had my essay been distanced from me in a third person POV, but it was also told through the perspective of my childhood walls. Before my reading, my mentor asked me why I wrote in third person.

“This keeps you safe,” she said, “distant from, not only your own story, but from the reader. Your material might be too hard to do this, but maybe try to tell it in first person.”

And then she asked about the walls. If I stayed behind the walls, secure in my hiding, then I created even more space between my own story and me. Between my reader and me.

The revision of this one-page excerpt brought me to my barren floor that night, alone in a dorm room in late summer Nevada. I had already tried to break away other barriers in my writing during the first few days in the program. I had watched a mamma bear and her two cubs, less than twenty feet from my study group, quietly walk across campus in the hazy gray midnight sky, reminding me that protection of one’s children need not be brutal, but could simply be a presence. Reminding me that writing, even with a group of passionate, creative spirits and Mother Nature herself, was always a solo flight. Reminding me that my interpretation of that bear was unique, and how I capture story will be through, not just my eyes and my memories, but my heart. I needed to reconnect my own story to me. I needed to own my story.

I cried alone in my room, trying to read that one page, now in first person, aloud to my reflection. I couldn’t get through it as me, as I. I didn’t think I could read it in front of a room full of writers, many successful published authors and professors. I told myself, if I could read this, I could do anything. I’m a public speaker, a motivational coach, a television show host. I was Mrs. Idaho in 2004. I usually like attention. But when it was my turn to speak, I felt unstable standing at the podium. My voice fractured and it sounded like someone else was talking. I cried. I cried for my own story that I finally felt. One that I hadn’t allowed myself to feel for over forty years. I cried for me and for my adopted sister and for any woman or child who has ever been abused.

For the first time, my story mattered. Even if it doesn’t enter the world in the shape of a book or on the pages of a literary journal, it changed me forever.

And this is why I write.

This is why we write. 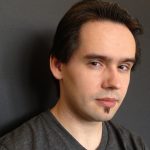 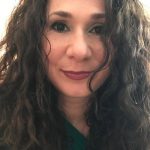 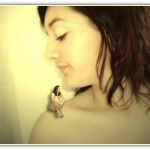 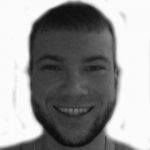 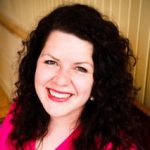 Rebecca Evans served eight years in the United States Air Force, and is a decorated Gulf War veteran. She hosts the Our Voice television show, advocating personal stories, and mentors teens in the juvenile system. She held the title of Mrs. Idaho International and earned a B.A. in Creative Writing from Boise State University, minoring in Psychology, and was also honored with the BSU “Women Making History in Idaho” award.  Her work has made the short list of semi-finalist for American Short Fiction’s Short Story Contest, has appeared in Gravel Literary magazine and Scribes Weekly Anthology, among others. She’s currently pursuing an MFA in Creative Writing at Sierra Nevada College and serves on the editorial staff of the Sierra Nevada Review.  She lives in Idaho with her three sons.
Previous Post"In-spiration" Next PostWhy I Write : Alexander Nachaj

Last week, I went to a writers’ workshop, expecting to read my new story for fertile feedback. Instead, I learned they were there to in-spire each other to write.  In-spire, I wondered, like literally “breath in” each other?  Gimme shelter! Truth be told, like 95% of the stuff in the universe is dark matter&energy, real writers don’t need to swap breaths for in-spiration. Their stories kick and whine and beg to be written, relentlessly. Drilling deeper, writing for me is a three stage process like conception, pregnancy and birth. Conception is a mystical mind-fuck. Dunno if it’s coitus, onanism or whatever  - us or -ism. But, I definitely feel like it’s my first Orgasmic p-lay date after yawning for a year at a convent in Death Valley. During pregnancy, my story’s embryo kicks and bOuNcEs and twists like a Mexican J-u-M-p-I-n-G bean to get o-u-t and be told. And, keeps me UP all day and all night, in my face and in my bones, like a sun lamp stuck on HIGH and incurable osteosarcoma. At birth, it’s all wet and pink and squiggly. And, crying and crying and crying to be fed with more and more and still more words. And, similes and metaphors and