“When the Boys Went”

I ask Meri to pass me the binoculars. “Just one more minute,” she says. I see the clouds starting to blow in and know my chance will soon be ruined. “Have some more cake, Trish,” Gina says, and offers me another slice of chocolate coconut. I sit down on the flannel blanket we’d spread across the grass. Coconut flakes drift across the knees of my jeans. By the time Meri passes the binoculars, it’s too dark.

For years we’d kept such close track of the boys, the three of us. The five-hundred-dollar jogging strollers with inescapable webbing and plastic buckles, tucking in the babies’ errant knees, their inexplicably buoyant arms. During his toddler years, Gina strapped Tyler into a harness on a zip leash which earned her some judgmental looks at the mall. She took a picture of his ADHD diagnosis with her cell phone to brandish at strangers. “Poor impulse control!” she said. “Better safe than sorry!”

It had been my Aaron who first drifted, followed closely by Meri’s Benjamin. We’d all expected it of Tyler, so it made no sense that Gina blamed our boys. She said she didn’t but we knew she did. Gina was the master of the “nopology.” “I’m sorry you feel that way.” “If that’s what you heard, I understand why you’d think that.” She could have been a politician. Could still be a politician, once we account for our boys.

It might have been the PlayStation that started it, creating the silent hours marked by the absence of feet thudding on stairs, stillness where there should have been motion, each game whispering it was perfectly normal to be there-not-there. Should I have enforced a “no- electronics” rule in the house? Should I have homeschooled—so my kids and I could end up like the lady at the farmer’s market who simultaneously fiddles and tapdances on a sheet of plywood, her sullen, pock-marked adult sons plunking away on string bass and rhythm guitar? Is that life preferable to the one I currently live–driving Lily to lacrosse practice, wearing tall boots and scarves like all the moms do as a way of camouflaging the first crepenings of the hollow at the base of the throat, the décolletage that saw too many summers supervising offspring at the neighborhood pool? During the years I worried about my one grey eyebrow hair and debated the merits of Spanx vs. Assets our sons were already learning to ascend.

When Aaron was in seventh grade I went into the family room with a tray of fresh snacks and none of the boys were there. I set my offering on the coffee table and looked for clues. The game controllers were still warm, smeared with Cheeto dust. The game progressed on screen— World of Grand Modern Warcraft? Black Op Minecraftables? I remember the innocent years of Mario Kart with bitter nostalgia, back when I still tried to implement rules about screen time.

The boys turned up an hour or so later, brushing foreign white dust off their shoulders. They inhaled the snacks and then Tyler, Benjamin and the others drifted home for dinner. If only I’d looked up that time and seen them floating untethered.

I didn’t mention it to Meri or Gina.

Later, we found we’d all been keeping such instances from each other. An hour’s absence would stretch into two hours would stretch into an afternoon. When they started high school the all-night marathons ensued. I would lie awake in the master bedroom and strain my ears for sounds of activity below. In the morning, I counted the pairs of sneakers on the shoe mat to know how many young men I needed to deliver home to their mothers. I lured them back with Dunkin’ Donuts, homemade pancakes with real maple syrup. Sunny Delight.

“I feel like they were preparing us,” Meri said to me one night, well into our second bottle of Chardonnay. This was after Benjamin and Aaron had vanished, but Gina’s Tyler had not yet joined their ranks. HGTV played muted in the background, casting flickering shadows of promise over our wine and tortilla-chip-strewn coffee-table. Make up your mind. Flip or flop? Love it or list it? Your entire future rests on this one decision. Can you live with feeling your way down this particular hallway in the dark for the next two decades?

Why can’t we have everything we want within our price range? “Preparing us how?” I asked. I finished my glass.

“The going for ‘long walks’ around the neighborhood. The silences. The being in a room full of people and never having anything to say.”

“That’s all teenagers,” I said.

“I know you didn’t,” Meri said, and smiled her newly straightened teeth at me. Why didn’t we do these things for ourselves when we were younger? The braces, the teeth whitening, the discreet visits to the dermatologist? We were too busy being the perfect mommies, sourcing organic convenience foods and brain-enhancing enrichment activities.

Meri topped off both glasses, killing bottle number two. “Maybe you’re right,” I said, “about the silences. The only time I could trick Aaron into talking was when I drove him somewhere.”

“I know, right?” Meri said. “Something about being side-by-side instead of having to look at each other straight on.”

“It just worked better. Fifty percent of the time, maybe. If he wasn’t on the damn phone.” I frowned at the couple on the show who chose the house that needed an unbudgeted ninety thousand dollars more in renovations.

“Oh, God, the phone,” Meri said. “Josue isn’t getting one until he’s thirty.”

Can comfort be taken in a world-wide phenomenon? Can it offer some solace that one particular boy, named Aaron Grubbs, who needed a haircut and smelled like autumn leaves and outside air and residual weed-smoke and whatever product he’d used to cover up the weed smoke and his own personal baking-bread smell had ascended with a mass of other adolescent boys who lacked direction, lacked purpose, lacked meaning, suffered from mild cases of depression or ennui or ADHD or mild Autism Spectrum Disorder, who had parents so good a problem-solving, smoothing obstacles that, too late, it was realized they had never developed any grit? That this happened in North America in France in England in Bolivia and Mexico in Egypt and Turkey in Latvia and the Philippines? That globally, Earth decided there was no particular use for boys ages sixteen to twenty-two and they might as well be lifted out of the picture?

After Tyler vanished, Gina was full of statistics. “They’re saying one in three now. One. In. Three,” she repeated. We began packing three bottles of Chardonnay for wine night at the Grande Park overlook. Meri bought a special temperature controlled carrying case. I was responsible for the corkscrew, Gina, the blanket and binoculars. Snacks were left to chance, varying from layer cakes to linty Tic Tacs and brittle Red Vines dug from the crevices of a glove compartment.

We come weekly. We scan the horizon, looking for glints of our lost sons, hoping they send a Mylar gleam back to their mothers who wait for their return in tall boots and soft scarves, who mourn the silences they left behind. 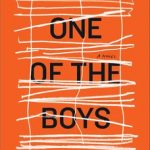 “The Bonds that Break Us: Daniel Magariel’s One of the Boys Review”

If the goal of a fiction writer is to say much with few words, Daniel Magariel’s debut novel, One of t
petite

Heidi Espenscheid Nibbelink is a Midwesterner transplanted to Athens, Georgia. When she’s not writing, she counsels adolescents and plays the oboe (Super lucrative, people! Everyone major in music!). Her short fiction has been published in Shark Reef, Drunk Monkeys, New Pop Lit and more—links to her work can be found at heidinibbelink.com. She’s doing the MFA thing at the Sewanee School of Letters. Her novel-in-progress is about public radio hosts who prevent a zombie apocalypse.
Previous Post"This Writer's Secret to Doing What She Loves" Next Post"Guilt and Matter"

"This Writer's Secret to Doing What She Loves"

Do what you love may be the most overused advice in the career-improvement world.  A blogpost on the complexity of this directive went viral on Jacobin a year or so back, it was shared 57 thousand times on Facebook and riffed about in the New York Times Opinionator by Gordon Marino. I know all this first hand. Once upon a time I turned my back on a half-finished MBA and a corporate job with its maddening pace and rigid hierarchy. The fact that my boss gave my job to her newly unemployed husband didn’t help. I escaped to do what I loved. In my case the passion was writing. The act of quitting made me subversive. And that alone fueled creative expression. I mapped out chapters, the content. Figured I’d have the manuscript written in six months, employ an editor, find an agent, become a best seller, Oprah would call, the whole bit. Four years later, I found myself gazing into my monitor not knowing whether to put a period at the end of the sentence or keep going with a comma. I’d lost my home in foreclosure, gone bankrupt, written 300,000 words, revised the body of work four times. And while I