Adapted to Popocatépetl’s sulfurous crater, this species of Coleoptera is endemic to the Valley of Mexico. It wasn’t reported in the literature until 1994, when Metro maintenance personnel encountered hundreds of fragile and sickly insects deposited between the tracks. Urban entomologists, long buried in routine fly and tick epidemics, were astonished by the golden powder emanating from the creatures, along with their signature stench, more typical of mineral springs than insects. With rigorous fieldwork—if that’s what you call nocturnal strolls in Metro stations—the scientists officially experienced the nighttime flickering glow of what we now know as the volcanic firefly.

Sophisticated chemical reactions catalyzed by sulfur are responsible for the luminescence of these inhabitants of the volcano’s crater, with its darkness, high temperatures and boiling lava. Old as the volcano itself, the creatures have now, for whatever reason, spread to the luminous space of the valley. Perhaps forced out by new gaseous vapors or volatile cinders, perhaps fugitive for generations, some subset found, in the blackness of Metro tunnels, the temperatures that enable them—after metabolizing the sulfur oxide of the contaminated atmosphere—to glow brightly and reproduce in an anonymity only recently violated. Magnification first revealed the eyes of these amber insects as fatigued, aged, with growths in their surface membrane. Fine electrodes detected a violent interior vibration, as if the insects’ vital liquids were imitating the gurgling of lava. Since then, people have given generous donations for the preservation of this species, born of volcanic activity, as it seeks the metropolis. A high-risk aerial expedition is planned—by the more romantic entomologists, if this branch of study admits such inclination—to lower some of these insects into the cone of the crater, protected in an asbestos cage, to observe their capacity for re-adaptation. But the more skeptical—always the most realistic—think that it’s pointless, given the change already in progress. Golden and potbellied, volcanic fireflies have taken flight on theater stages, in actors’ dressing rooms, in corners of the red-light district and in bars. With vestigial auras of a volcanic past that’s moved its vertigo to another setting, they can be found wherever the smell of sulfur abounds and under the microscope now exhibit a young and lascivious look. 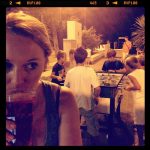 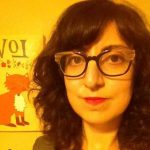 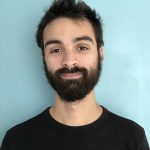 The battery icon on my forearm steadily blinks. One bar left. On my wrist below the recently replaced steel joint is a single LED bulb installed by Dr. Powell to warn him and myself when I have less than ten percent power. It flashes red. I will cut a piece of electrical tape to hide the light when Dr. Powell is preoccupied. I have decided I want to shut down. The automatic door hisses behind me. I turn to face the curved door molded to the dome shape of the room. Dr. Powell walks around me in his plain sneakers that always squeak, while I stand still on the square panel now lit up bright blue. He holds a pen and clip board, and scratches his faded tan cheeks, the hanging halogen bulbs revealing his smooth complexion, not an inch of hair left on his head. He says like he always does, “How are you doing today, Chad?” as if concerned for my well-being. Chad Rogers. A human name. I am neither acquaintance nor friend, only his personal assistant. I help him. That is my primary function. Battery life is limited. Once it is gone, there is only darkness, so say the