We are here with them now, the blue lights flashing.  When the woman was just a girl, her mother told her that she’d remember some days forever.  She, the mother, had been talking of the girl’s period, of the flow and the cycle and all the things that the man doesn’t want to know about now, even when their patterns affect him.  Her mother had been trying to make the talk special, a bonding moment.  It hadn’t worked, of course.  The girl was ashamed, the moment when her friends noticed the threads of diluted blood in the swimming pool too recent for any camaraderie over that subject.  Still, the woman thinks her mother was right, all those years ago.  There are days that define us.  She knows this as surely as she knows her name, which we do not – cannot – know.

The officer climbs out of his cruiser and approaches the window.  We can venture out of the car, hover here, watch the officer lean down from the back, watch that round, athletic ass in tight cop pants.  No paunch here.  If we could pluck the woman from the past, as she existed three months ago, and place her here alongside us so that she could see him from our angle, she’d be whistling in admiration.  But we cannot rewind.  Those three months happened, and here she is, shuffling through the glove box, trying to find the registration.  She is sure that she put it there, but she can’t find it.  There is every oil change receipt running back four or five years but no sign of what she needs.

The officer is still wearing his sunglasses and he uses their cover to appraise the woman’s legs.  They are the kind of tan that will eventually cede to wrinkles and roughness, but for now, they are smooth and brown.  The officer thinks about what they might feel like around his waist or else rubbed from ankle to hip as he penetrates.  If he was with us, he wouldn’t be looking at her legs.  He’d be looking at her eyes, at the tendrils of red, at the eggplants beneath, revealing the sleepless nights leading up to this trip (to Birmingham, three hours at the clinic, back from Birmingham).  But he watches her legs, how they disappear into her skirt.  He begins to feel himself rouse, lowers his little clipboard and says, “Keep looking.  I’m going to run your plates.”

We move, now, into the backseat.  Watch the backs of their heads, the man staring straight ahead.  The woman’s head is bent forward, still hunched over the glove-box.  If we lean forward, peer past the headrest and over her shoulder, we can see that she’s not really even looking anymore.  The papers are not here, she knows, though she keeps rummaging, shuffling through receipts.

The man wants to ask why she didn’t put the registration in the car when it came in the mail.  She’d put the plate on herself – insisted on it – and he’d assumed she would put the papers where they belonged.

The woman, too, wants to say something.  For her, it is a question of risk versus reward.  They want to be back at their apartments.  Yes, that is true.  But is getting home, getting back to their routine, forgetting about Birmingham, worth speeding?  Couldn’t he have withstood the silence for a few more minutes?  He knew there were police along this highway.  They’d seen them stationed around curves on their way in this morning.

After a moment, the woman leans back, lays her head on the rest, closes her eyes.  With her taking a moment for herself, we should watch the man in the driver’s seat.  The muscles in his forearms knot and un-knot as he grips and releases the steering wheel.  The bouncing of muscle makes the tattoo on his right arm jerk up and down.  It is a mermaid, the same image his grandfather had inked onto his forearm while on leave in Seoul.  After his grandfather died, the man took a picture to a tattoo shop in Tuscaloosa.  He started going to the gym more, worked on sculpting his flexor muscles so that now, sitting in this car, he is putting on a show for us, making the little lady’s breasts jump in a less fluid version of the dance his grandfather did for him when he was young.

And why did he speed?  They weren’t talking – hadn’t talked since Birmingham.  It wasn’t even that he didn’t notice the speed.  His eyes flicked to the speedometer every few seconds as he inched above 55.

The officer is here now, moving toward the driver’s window, and that ass, well, the officer’s a tall one, so it’s right at eye level now.  The woman of a few months ago would have licked her chops, would have wanted to give it a little smack to see if it jiggled.  At the rolled down window, the officer appraises the woman’s legs again, imagines the knees red and raw from carpet burn.  “I’m going to let you folks off with a warning. Y’all have a good day.”

When the officer has left, pulled out and away and off down the road, the man looks at the woman.  “That was nice of him.”

“He probably had a quota.”  He turns the key.  Drops the car into drive.

He merges with the heavy traffic.  “But letting us go with a warning.  That was nice of him.”

The man’s foot begins to, again, lay heavy on the pedal.

The woman pretends to sleep.

Listen to their silence.  If we close our eyes, listen only to the humming of the tires on the highway (faster now, we can tell just by the noise), we can learn all we need to know about these people who are certainly not us. 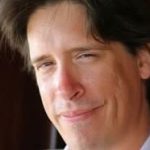 Christopher Lowe is the author of THOSE LIKE US (SFASU Press) and WHEN YOU\\\'RE DOWN BY THE RIVER (BatCat Press). His writing has appeared or is forthcoming in Third Coast, Brevity, Bellevue Literary Review, Baltimore Review, and War, Literature, and the Arts. He teaches in the MFA program at McNeese State University.
Previous Post"2014 National Book Award & Man Booker Prize: American Writers?" Next PostAuthor Interview Series: Chris Offutt

For the first time in the going on fifty year history of The Man Booker Prize, novels from writers who are not citizens of The United Kingdom are being considered for the award, along with the prestigious circular imprint that increases sales over seas and at home in the United States. Historically, The Man Booker has been considered one of the most prestigious, maybe even the most relevant award for the talented writers that call the UK their home. In September of last year, the committee announced that the award would now span the globe if the novel was published in English in the UK. Despite the impending controversy that it caused about the integrity of the award, the move certainly reaches out to American readers even more than it did previously. Besides the Pulitzer Prize, American literary writers surely covet The National Book Award as the most prestigious, just as writers from the UK value The Man Booker Prize. Certainly the expansion of The Man Booker opens the curtain to what critics across the sea consider to be a great novel written by an American writer. The long list for The Man Booker Prize was recently trimmed down to six. Among