Years ago, I lived in a big apartment complex in South Korea that had its own ATM machine. It was an old machine, and for whatever reason, it tended to be very temperamental—sometimes it’d be out of bills, sometimes it’d be unusually slow, and sometimes it just wouldn’t work at all. Oddly, it was almost humanlike in how it would have good days and bad days. Occasionally I’d find myself getting frustrated by its fickleness and defects, but I’d quickly realize how futile—an amusing—it was to be so aggravated by an inanimate thing.

Couple those ATM annoyances—minor as they might have been—with another issue that I think most people have dealt with at some point: the frustration of having to deal with an electronic voice or recording—often in a customer service situation—instead of conversing with a real person. I think there’s this pervasive line of thinking that computer programs offer a more streamlined experience for a frustrated customer and ultimately expedite any given transaction. But what will happen as computers become more personable? How might the automated customer service sector be impacted by computers that have personalities (…think of Siri’s snarkiness being only the beginning)?

Somewhere in between all that, the idea for this story emerged. It started with a vague idea of what I wanted to write about—a man (the narrator) conversing with an ATM. Those were to be the main characters. And that seemed simple enough for a premise, but then questions arose about the topic of the characters’ conversation and the tone of their discussion and how it would all ultimately be resolved.

I knew that I had to insert conflict somewhere near the beginning to set the whole story in motion. I came up with the idea of the narrator divulging his secret desire to have an affair with the neighbor because an affair was so blatantly an act that only a human could do; the ATM could only relate to such a situation factually and logically rather than emotionally. So, all this instantly put a fjord between the narrator and the ATM. Once that separation was established, it naturally created conflict and it was just fun to fill in the dialogue—one character speaking with such emotion and the other being overly logical.

I quickly realized that writing the narrator’s ongoing argument with the ATM felt much like writing an argument between a couple—say, a husband and wife, or a boyfriend and girlfriend. And since the story is founded on a theme of potential infidelity, I liked that. That’s when the story really started coming to life for me, amid that realization. 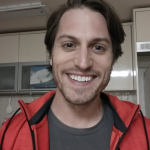 The ATM asks whether you would like your money in $10 bills or $50s, but you take a moment to consider whether you
jab638 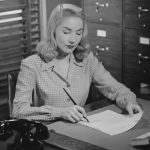 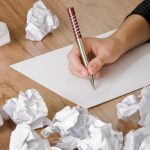 “Avoid the Bog: Save Revision for Later”

I spent this past weekend being an academic. While I’ve presented at plenty of writers
taylor 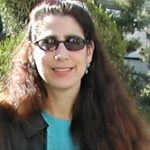 John Burgman is the author of a book, Why We Climb. His writing has appeared online or in print at Esquire, Portland Review, The Rumpus, and other outlets. Follow him on Twitter: @John_Burgman
Previous Post"Ambivalence" Next Post"Plan B"

Ambivalent best describes my opinion of whether artists have an obligation to address political topics. Some of the writers I admire most made it pretty clear where they stood on the matter. George Orwell returned often, in both fiction and nonfiction, to issues that concerned him, such as fascism and imperialism; he wanted, he said, “to make political writing into an art.” Barbara Kingsolver puts the environment and its degradation at the center of her work, making climate change a key element in the plot of Flight Behavior, for instance. James Baldwin’s reflections on racism resonate decades after he wrote them, testament at least as much to his insightfulness as to the intractability of the problem. I could go on and on listing examples, but that seems unnecessary. Writers – like painters, singers, playwrights, filmmakers and artists of all types – repeatedly demonstrate a desire or perceived need to apply their imaginative minds to the news of their days. Perhaps the epitome of the artist as engaged intellectual is Albert Camus, who wrestled with some of the same subjects as Orwell in his essays and novels as well as in reportage for the French resistance newspaper Combat during and after World War