Book reviewers, given their title, generally review novels, short story collections, nonfiction, biographies, memoirs, essay collections, and just about any bound set of pages that can be placed on a shelf.  Since books require a dedication of time, reviews serve the purpose of helping readers choose their next book.  Short stories, full pieces of work with a beginning, middle and end, can be read in anywhere from a few minutes to almost assuredly less than an hour at most.  Because of this, there is not a high demand or need for short story reviews, but to change things up, that is exactly what will follow.  The New Yorker is viewed as the pinnacle of short story publications to many writers, and it certainly is the most prestigious venue for short fiction.  Instead, of advising whether or not readers should spend a small amount of time reading the stories that appear in each weekly edition, the following write-ups are meant to be a sort of reference tool for writers to showcase why these stories were accepted when the overwhelming majority of submissions miss the cut.

Heinz Insu Fenkl’s “Five Arrows” closely resembles an allegory.  Set in Korea, Insu and Yongsu are called upon by Little Uncle to visit the ailing Big Uncle in a remote location across the river, away from civilization.  Their surprise arrival startles the large man whose size is amplified by his swollen, gangrene infected foot.  Fenkl sets the stage for the classic trope of the wise old man passing down his wisdom through his bloodline when Big Uncle sends Insu and Yongsu on the difficult quest of retrieving his five arrows scattered across the forestry surrounding his cave.  What follows is a rather unbelievable tale from Big Uncle to Insu about a spirit woman.  The arrows hold the symbolic weight of life and death throughout.  While Big Uncle may seem somewhat senile to the reader, the only one the story really matters to is Insu which allows it maintain an aspect of believability when we place ourselves in Insu’s position.  Fenkl’s prose is dense, descriptive and full of life, serving as a great example of well-imagined and vivid scenery.

Pulitzer Prize winning author Michael Cunningham offers a glimpse into forthcoming collection of fairy tales, A Wild Swan: And Other Tales, in “Little Man.”  Structurally, a traditional fairy tale, Cunningham introduces us to a diminutive man whose species is left untold.  The solitary man has apparently been ostracized by the kingdom and resides in a remote wooded area.  After learning of a miller’s promise to the king that his daughter can spin yarn into gold, the man devises a plan.  With knowledge of minor spell casting, he helps the girl, in hopes of winning her over.  Each time the golden yarn is presented to the king, he wants more, and when his demands are met, he agrees to marry her, leaving the little man scorned as she previously promised to give him her first child.  He gains an audience with the king and asks her to fulfill her promise, and when she hesitates, he gives her an out if she can identify him by name in three days.  Removed from society, no one knows his name, and on the final night he celebrates by dancing and chanting around a fire with the joy of knowing he would soon have a child of his own.  His preemptive celebration is overlooked by a young messenger of the king who learns his name.  The new queen correctly reveals his identity on her final guess, and the little man is sent back to his home without a child.  He was once unknown by all, but now, the queen personally knows him by his birth name.  Cunningham’s tale classically deploys the number three.  Written in a conversational style, the literary writer demonstrates his prowess for one of the first genres of fiction that is rarely used today, and succeeds by reinvigorating the form with seemingly effortless ease.

The prolific short story writer Alice McDermott examines the bleakness of life in the face of mysterious tragedies in “These Short, Dark Days.”  In unique form, McDermott presents Jim, a man who recently lost his job, struggling to find meaning in his day to day life.  When he lays his worried head down to rest, the narration begins to follow his wife, Annie.  Transitioning from bleak to dark, their house explodes while Jim slept, leaving Annie widowed.  She receives help from a local church, and while all of the police officers view his death as a suicide, the nuns caring for Annie are not as quick to come to their own conclusions, and Annie, knowing her husband was despondent, does not know what to believe.  In the end, McDermott pans back to Jim, revealing that he forgot the gas was left on, causing the stove to explode, taking their house and his life with it, scattering the remnants in shrouded mystery.  Powerfully, McDermott showcases the loss of life by providing a terrible accident, appearing as a self-inflicted departure.  While the premise is an interesting take on accidental deaths, its execution is noticeably scattered, prompting questions of melodrama due to the loss of potential for real emotional weight.  The prose is deft and admirable, but even with a plethora of ammunition, it sprays haphazardly around its target, only occasionally drawing blood.

Jensen Beach deals with what-ifs in “The Apartment,” a story about what happens when a woman with a self-described average family learns of a new tenant in her building.  Louise is complacently married to Martin, a middle-class man who lacks flare but makes up for it with stability.  After discovering a last name she recognizes on the doorplate, Louise ponders a previous life.  Her thoughts grow after her meeting with her average son, Jonas, as she determines that the new tenant must be the son or daughter of her previous lover, the interesting, yet erratic Arman Jahani.  He passed away two decades ago, but she still remembers the obituary mentioning his children.  She fantasizes about his interesting child who will soon be her new neighbor, and contemplates what it would be like to be the mother of Arman’s children.  Coming to fruition, Louise meets Sara Jahini and exuberantly claims that she could have been the girl’s mother.  Sara denies Louise’s logic, but Beach leaves the door open for the reader to make their own assumptions when the conversation abruptly ends.  Whether or not Sara is Arman’s daughter is not completely known, but the answer does not matter here; the story is designed to display a lingering mid-life crisis of woman who feels as if her pension for a conventional and simple life has backfired by taking away all of what makes life so beautiful: the pursuit of an adventurous life that provides immense highs and chaotic lows by tossing the road map aside and embracing the now.  Beach’s story is sneakily moving in its motives, and only when the words have stopped, does the reader realize the depth of this finely spun yarn. 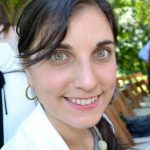 The Story Behind the Story: “For the Dachshund Enthusiast”

This story is basically my love song to New York. I am a native New Yorker living in Seattle and I pine for the city
jfliss 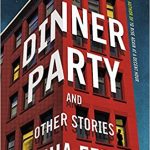 Like a lot of people who write, I teach. This gives me a couple of free months each year when I can rededicate
efmeekcomcast-net 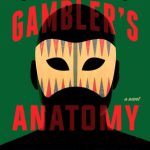 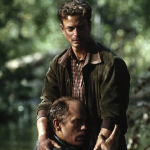 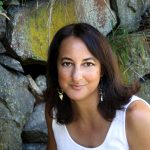 Steven Petite received his Bachelor of Arts in Creative Writing from Cleveland State University and is currently pursuing a Masters in Publishing Studies at Southeastern Louisiana University. His journalism has appeared in Playboy, Huffington Post, Crixeo, Ranker, New York Game Critics Circle, and others. His fiction has appeared in Cigale Literary Magazine. He can be reached at stevenpetite@gmail.com.
Previous Post"Burning Bridges" Next PostFlash Audio Series: "From Adam"

I wondered if she thought of me while she was falling; sails unfurled, velocity stripping the feathers from her wings. I didn't know how she could jump without telling me what dead would be or that I would never again cross a bridge that wouldn’t sway and buckle. She had always planned to sink, pacing the spot in her mind like a hot itch scratches itself against a sharp object. When she combed my hair, folded my clothes into their drawers, told me not to slouch my shoulders because I was such a pretty girl, she knew. I sat on the porch that night hating her until I had never been her daughter. She expelled me like the phlegm of a bad cough and for a long time, I wouldn't remember that she smelled like lilacs; the mysterious odor of mold thick as smog. But I would never forget how cruel children can be pretending to dive from her bridge in swim class, calling out to me, "Catch her. Catch her if you can!" She became what I feared at night creeping out from the closets, hovering above my bed, her half-blue moons accusing me of loosening my grip. I was much too