Amanda thought the Limoges vase should go to her. After all, it had been her wedding gift to Robert and Anise. She had let that drop discreetly, although to no avail. The daughters, Lily and Iris, seemed impervious, engaged in their own battle for the prize.

“Mamma wanted me to have it, Aunt Amanda” Lily said bluntly, not a trace of compassion in her voice.

“I don’t know how you can think that,” Iris countered. “Mamma always said the Limoges would go to me, because I’m the oldest.”

All this at the reception after the funeral. Right there in the front parlor, with the guests trying not to notice. Those girls never would learn finesse, Amanda thought, in spite of how Anise had tried to cultivate them. All those lessons, those years at the finest boarding schools—what had it yielded? It pained Amanda to see how badly they had turned out.

She remembered her own youth, when she and Anise were just about the girls’ ages. “Delicate, that’s what a woman wants to be—in word and deed. It’s the soft-stepping cat that catches her prey,” Amanda’s mother had told her two daughters.

And delicate the family had been in those early days as they tried to move up the social ladder, hoping no one would notice how far they were over-reaching. Probably due more to beauty than to social grace, Amanda and Anise were soon attracting Richmond’s most eligible bachelors. Robert was a particularly good catch. An only son, descended from one of Virginia’s first families, he was to inherit not only his father’s considerable tobacco money, but his real estate holdings, as well.

Amanda remembered how Robert played the two sisters against each other. At the academy cotillions, he would dance with one and then the other, but it was always Amanda he would lead into the garden when the music stopped. It was Amanda who was awakened in the middle of the night by pebbles thrown at her window. And it was Amanda who then climbed down the trellis, running quietly but swiftly to the pond to swim with Robert in the moonlight. So it came as quite a surprise when it was Anise who wore Robert’s engagement ring and who walked down the aisle to meet him, a demure smile under her veil, quite visible to Amanda standing quietly by as her Maid of Honor.

“I want you to have this,” she said as she handed her wedding gift to the happy couple beaming in front of her at the reception.

“Oh, Amanda, it’s beautiful,” Anise said, almost breathless. “But it’s too dear. How could you possibly afford it?” And then she turned the vase in her hand, watching it catch the light.

It was truly beautiful—made of the finest bone china, with the softest pastels, depicting a delicate sylvan scene, and there, barely visible, two pale young lovers reclining in a tender embrace beside a still pond. Robert turned away and lightly coughed into his clenched fist. Anise saw he was too touched to comment on her sister’s generosity and so put down the vase to hug Amanda, to make up for her new husband’s silence.

Yes, the Limoges should go to me, Amanda thought. Somehow she would get it back. She would not stoop to remind her nieces who it was who had cared for their mother right to the end after the accident. Had they already forgotten it was Amanda who had risen from her bed at first light each morning before her own injuries had properly healed to see to their mother’s needs? For two long months, it had been just the two of them in that big house. Anise should have recovered, but once she learned that Robert had died at the scene, she fell into a semi-conscious state lingering there until her own death two months later. Amanda had insisted she be the one to tell Anise about Robert, and then she insisted that she be the one to care for Anise at home. Amanda didn’t want her sister going to some dreadful nursing home, nor did she want strangers in the house. At first her nieces protested, saying they would make the necessary decisions, but soon relented, weakened by their losses. So walking with a cane, and often in crippling pain, Amanda bathed Anise, washed her hair, rubbed her feet, fed her, read to her—hardly left her side. Lily and Iris thought it was guilt. After all, it was Aunt Amanda who had been driving. No one knew, really, what had happened that night, except Amanda, who, grief-stricken, remained silent.

They were on their way back from Robert’s 25th academy reunion, both Robert and Anise had had too much to drink, and so Amanda had insisted on driving—that much she had revealed. Several weeks before, Robert and Anise had asked Amanda if she’d like to attend the reunion with them. Many of their old friends would be there, and it would be fun, they had said. Not quite knowing why, Amanda said yes.

Indeed, old friends were there, reminiscing about the days before the war and then sharing sad tales of those no longer with them. But soon conversation turned to summer vacation plans and their children’s successes in the best schools, Amanda not saying much of anything then. After all, what could Amanda add—no husband, no children, just her job at the library and her antique porcelain collection? Needing a breath of air, she had wondered into the garden, and Robert of course followed soon after.

To think that the girls had suggested Amanda take the Jaguar once it had been repaired after the accident. The wedding gift years ago of the Limoges vase, which Amanda knew served as reminder to Robert of his transgression, had been poetic justice, but Amanda certainly would never accept this reminder of her own. No, it was the vase she was after. 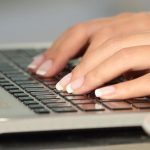 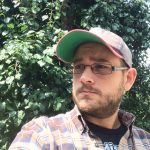 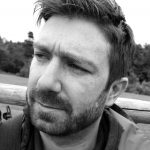 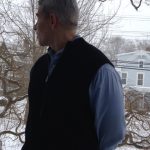 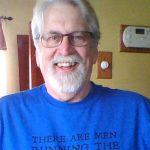 I became aware of a strong impulse to write stories in the first semester of my sophomore year in college, when I
rpope

Award-winning author, Jean P. Moore, is a novelist, poet, and non-fiction writer. Her novel, Water on the Moon, was published June 2014 and was the winner of the 2015 Independent Publisher Book Award for contemporary fiction. Her work has appeared in newspapers, magazines, and literary journals such as up street, SN Review, Adanna, The Timberline Review, Angels Flight Literary West, Distillery, Skirt, Slow Trains, Long Island Woman, the Hartford Courant, Greenwich Time, and the Philadelphia Inquirer. Additionally, a memoir piece, “Leaving Charles,” appears in Persimmon Tree. Several anthologized poems can be read in Women’s Voices of the 21st Century, 2014.
Previous Post"The Gathering Before the Storm" Next Post"The Assignment"

"The Gathering Before the Storm"

Against her better judgment, Gladys takes a moment to notice that the sky looks deceptively banal through the kitchen window of her ground floor apartment, though the window itself is cracked and is just a flimsy single-pane in any case. No match for gale-force winds. The orchid that sits in the sill is hanging in there, despite Gladys’ horticultural insecurity that manifests in benign neglect. Orchids, to the uninformed, seem like such fussy and fragile plants, but they don’t need much water, and they must be tough little bastards to survive on the bark of fallen logs or in the crooks of branches in soggy cloud forests. She reminisces about the orchid hunting expeditions for which she was enlisted with the former fiancé, an old man in a young man’s body. He had a persistent negative outlook borne of fear that he was unlovable and a suspicion that he was superior to most of the people he was forced to interact with. Orchids were beautiful and simple objects for him to ponder and admire, and the artistic and biological complexity they do possess was enough to keep him interested. But not Gladys. It’s not that she didn’t appreciate them when they