She had practiced the dance just once, and only then in the smallest of spaces, behind the basement stairwell where she was sure no one would find her. Yet when she took the stage that evening, it was agreed that the freedom and lightness of her movement was otherworldly, incandescent, as if her limbs belonged to the most lucid of dreams and those dreams to the cellist beside her gently sawing at the gut of his instrument. No one could look away, or wanted to, for that would just mean looking at everyone else looking at her.

It was not, though, what her performance gave the audience, but what it denied them, what it left them wanting. What this was no one could quite say. And long after the performance, into the hours of the next morning, many of them, breakfasting and bewildered in the great hall, still tried at saying something. Was it her they wanted? No, for that was too obvious, a given from the very beginning.

Was it gratitude? Recognition of what was their utter delight in the dance? She had refused to take her bow, yes, to even smile upon them amid the heartfelt applause, disappearing backstage swiftly, before the houselights could come up. But no, they said with a shake of their heads, this they had witnessed before in one way or another, a long-standing practice for some of the performers at that theater, those who dance and play for no one but one another.

Was it then the burden of their own day, the heaviness of what waited for them at home, the business and blood of war on their minds, the toil and terror behind each hour, the wares and weapons in every cabinet, in every drawer of the house? Had she denied them what they had come to know so well, the crush and clang of their own lives? They argued otherwise, concluding at once that the very magnetism of her dance owed as much to this as it did to the sounds drawn from the taut strings of the cello, that the poise and peace of it all, the perfect breath of her performance consisted in its balance against their own heartache and laboring.

Was it speech itself then? Had she not denied them the words to say what had been denied them? “A sort of bewitchment, perhaps,” posited one of them, “yet here we are,” he noted, “offering up one word after another, as if spreading them across a wound we’re not sure how we got.”

Thinking of the hurt they shared from this wound, they finished their coffee in silence. And then one by one they looked up at the high window where it seemed a small fire had been lit in the stained-glass. Outside, over the valley, the sun had been carving off the edges of the early haze and just then reached the rooftop and windows of the great hall.

“Enough is enough,” said one of them, rising suddenly from his bench, knocking his spoon from the table to the tile floor. “We will go to her. We will carry her the dust in our hearts, and we will implore her!”

Yet when they finally arrived, the theater was abandoned, the stage-lights still on, the house-doors wide open, costumes tossed across the floor. They searched the space, hearing nothing but the emptiness of their movements projected from the stage, the hollow ring of their calls for her to come out and show her face. It wasn’t long before they discovered the cellist, his body tucked behind the basement stairwell, the slender throat slit through, his bow laid across his chest, the hairs of its ribbon undone.

And she stood in the ruined distance, having now reached a point far from the edge of the town. She had fled by way of the low road—a road and roadside gutted from the havoc and hell of that unending war, and the grayest of lakes beside it sinking deeper into the earth, weighed down against the embankment as if filled not with water but with the muck of captured artillery melted down and left for the worst of times. It was the same road by which her mother and father had entered the town so long ago, years before the war, bringing with them plans for a new life there—her future in their very blood. Letting down her hair now, she spun around to face the town one last time, the light from another age blown up over the hillside and beyond. “How the horizon is there to betray us,” she said out loud, turning away and continuing on, leaving her voice there to hang in the air, so the others in pursuit might come upon her words and carry them elsewhere. 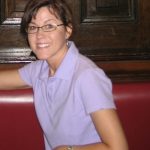 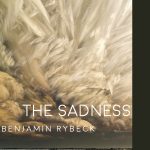 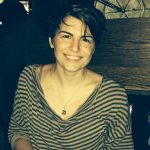 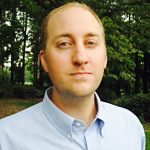 Michael Trocchia lives in the Shenandoah Valley. His poems and short prose have appeared in journals such as Black Sun Lit, Colorado Review, Frontier Poetry, New Orleans Review, and Tarpaulin Sky. He is author of The Fatherlands (2014) and Unfounded (2015).
Previous Post"Cold Shoulder" Next Post"Two Flash Pieces"

He was still her living, breathing husband until that evening, when he came home late for the third time in a week, having never, not once, called to explain or apologize.  He stepped in from the garage carrying his ridiculous book bag, a small canvas satchel with cloth straps that made him look like he had a foot stuck in high school.  He sang out, “Wow, that smells good,” as if he had not arrived two hours late for the baked cod or the talk they had agreed to have—the one about stopping the birth control pills. Seated at the kitchen island, she did not turn to look at him.  And when he—already warned—made the mistake of caressing her shoulder, sliding his too warm, too glib hand across the tense muscles there, that’s when he stopped being flesh and blood.  Transformed into salt-rock, he stood rigid, his hand pulled back as if pricked.  His raised eyebrows were alabaster, pale as the mineral blocks she had seen at her uncle’s feedlot.  His clothes too.  And that ridiculous bag where she had found the condoms. Now it was all salt.  The condoms in their cellophane wrappers.  The phone with its mysterious number called over