Here the Girl has come to find solace. In the aisle, crouching, the Girl savors the Boy’s smile, the incision of its warmth a line cut to her belly. Tucked beneath a rack of shirts bearing names, The Clash, The Sex Pistols, the circumcised fury of bygone adolescence, the Girl kneels. Hidden in the forest of merchandise, the Girl bends to lace her boot. The matted blood-red walls surround the Girl, the floor beneath black, the overhead fluorescents an insect hum blighting the raw space inside the Girl’s orgiastic heart where today it took witness to a look meant for her. A look given not in lust alone but in tenderness, in the beginning of something pure and righteous and hallowed.

See the Hot Topic marquee proclaim that this is a place for the scorned, for the Jnco, for the Doc Marten, for the vestiges of punk rock post its corporate throttling, for the children of the children of the dwellers of St. Mark’s, for her the Girl, in combat boots, readying for the war, for the comprehension of the phantasm set glowing in her face, then belly, then deeper, the groin, the places behind her knees where sweat pools. He had asked her friend who she was, not who she was, her name, her identity, but who she was in the strata of teenage hearts constellated across Teddy Roosevelt High School and who she knew, and the question, its meaning dripping with possibility of late night instant messenger, back seats and the holding of rough hands, the ecstasy of it makes the Girl release an unintended sigh in the guts of the store. The girl sighs and rises.

The man behind the counter does not look at the Girl, cannot see that she is for the first time a wanted thing, a curio of teenage beauty, a fleshed tomb for adolescent sex, but takes inventory of skateboards hanging against the wall. The skateboards hang suspended, not in motion, unridden, waiting to be freed with cash, with plastic, with parental coin.

The Girl, seen, grips her hands tight to her sides. Her eyes raised in disaffected ugliness, a violation of the brilliant sun of wantedness that the look offered her earlier, in Pre-Calculus, the boy, Jacob’s gaze, like a light, like a hammer cracking straight to the meat of her heart in all of its petrified longing.

The alphabet sat these two together, last names, and before, parents, grandparents in groping, animalistic destiny begat and begat and begat to idly thrust the two together, the surnames M and N nestling together like recumbent lovers sleeping ordered side by side so that one day in Spring, the lick of God’s winded tongue through the open window would blow arm hair against arm hair and the braid would be woven. Their meeting a thing of randomness, a thing of destiny, the two truths true in juxtaposition, but ephemeral, as yet made real, their joining not yet birthed raw and naked on the cafeteria’s stage. Their each, their bodies soon to be raptured from cliques of friends to join together here in the wretched opprobrium of a high school amphitheater.

The Girl thumbing stickers, thumbing buttons, their faces a vomit of culture, an accidental prick of the pin, and a drop of blood, the girl puts thumb to tongue and sucks.

Across the food court, beyond the dross-laden air of Auntie Anne’s, the perfumed hull of Hollister emitting its bluster of male sex and further still, past the incongruous Leather Trading Company, the Gymboree with its prognosticating venom, the Limited engorged by its wares in primary colored, apple pie complacency, to the Sam Goody where, Abercrombie and Fitch bag in hand, Jacob thumbs through hip hop CDS, Tribe Called Quest, Nas, Wu-Tang. He is thinking of the Girl.

He moves through the rows, flicking back the plastic cases like the click of the jukebox’s scroll at the diner, like the locker’s lock clicking, the satisfying mechanical chord. Then he is surrounded by his friends. The boys wear jackets with plumed sleeves, red letters tagging their backs like adolescent royalty and girls by their sides in flared jeans, feet encased in chunky black sandals and breasts, taut, perked and ready for fevered conquest of hormonal Olympics. New weapons these lip-smacked lips and brains steeped in awareness of their beauty, their cleverness, their social capital.

Jacob feels the emptiness around his shoulders. The jacket left at the table, beside the Panda Express, the wafts of second grade bird, greased and boiled, drifting across its synthetic threads.

The boy Jacob abandons his friends to ride the escalator towards the lost article, the future relic of his athleticism. Cresting the second floor, there is the Girl. He watches her as she makes exit of the Hot Topic, the length of her, a shadow made slim and long by the skylight canopy. The Girl she turns, she sees his gaze, a blush sets across the landscape of her cheeks. Between their bodies, the jacket lingers, this effigy of popularity, its mantle, its spoils.

Though these feelings, this mutual want, this crush, be forever buried in each their separate hearts, see now that it did live, that its truth did frequent the recycled air of Willard Mall. See now, how it augurs of future belonging. So the skin of their calves, the minute pores of their necks and backs, the unseen ridges of their molars will one day belong to the knowledge of others. That they will be loved. See now, how the pleasure of want is cast each inside the other, this memory a laceration on the soul. 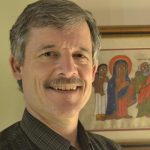 He was still her living, breathing husband until that evening, when he came home late for the third time in a week,
timbascom

Rebecca Bernard is a teaching fellow in the doctoral program at the University of North Texas where she serves as Production Editor for the American Literary Review. Her work has appeared or is forthcoming in Southwest Review, Witness, Meridian, The Journal, and elsewhere.
Previous Post"Cake" Next Post"A Trip to the Museum"

Eustace carries Rooney’s liver in a jar tied to her belt with a rope made of discarded dental floss. She lets her hang onto it, sometimes, but when she asks, earnestly, Mom, could you maybe put this back inside me? I think I might still need it. Eustace just shakes her head in a resounding no. Rooney pouts, but Eustace pays her no mind because when was the last time that paying her mind did anyone any good, anyway? Sometimes she fingers the floss-rope and wonders when was the last time she could really get in there and floss for real, to fight back against the decay? Had to at least have been back before Rooney, anyhow. Rooney turns twelve next month and she’s hoping that Eustace will bake her a funfetti cake with strawberry frosting and rainbow jimmies. More likely than not, she’ll fall asleep on their dilapidated couch with a lit joint dangling from her lips. She knows there isn’t any cake batter left around town anymore. All that disappeared a long time ago, but she thinks that maybe if Eustace tried looking in one of Grandma’s old binders she could figure out how to do it on her