“The Caste System of Fiction”

"I distrust styles… To have a style is to be trapped."

I love books. Reading probably kept me from teen pregnancy, heroin, and robbing convenience stores with a badass boyfriend. I've read great books, good books, mediocre books, and books so awful they damaged my eyes, and it wasn't genre that determined their ranking.

The opening words above from Milton Glaser, (whom Jonah Lehrer, author ofImagine: How Creativity Works, describes as "a living legend . . . having created a number of the most iconic illustrations of the twentieth century, from the I ♥ NY ad campaign to the 1967 Bob Dylan silhouette poster) define my voracious love of words.

Like so much in Imagine, Glaser's words provide a deep click. Unless writing within a strictly proscribed genus, most of us are giving voice to a story struggling towards the page. We don't know what it is, except that it's a… novel. Then, after it's been sold, titled, and covered, it's framed within a particular list: perhaps by the publisher, perhaps by critics. (Literary! Is that the prize? Women's fiction? Because a women wrote it? Because women will read it? Does mens' fiction exist or is that simply… fiction? Contemporary? Upmarket? Is there then a Downmarket?)

Books are my constant companion: Novels deemed literary that twisted my guts (in the good way) and others so filled with over-wrought metaphors that I wanted to bang my head on my desk. Thrillers that lifted me out of moments of despair — some that went to Goodwill unfinished. Mass market novels that got me through bleak times — those that made my life bleak.

Which formative reading hours would I have lost if the book police determined my choices? If I'd been told (growing up in my decidedly not-intellectual home) that Edith Wharton or Doris Lessing or Isak Dineson would be too difficult for me, would I have never picked up their books? If my mother made popular fiction off-limits, would I have missed being lost in Australia with Colleen McCullough and Thorn Birds?

It's a sticky situation: judging, eschewing, or making fun of books (often without reading them) because they're popular. A friend (who'd written a well-reviewed and book-club-popular book) told me that her offer (to a friend) of a blurb was rejected because the publisher was looking to position the book with more 'literary writers.' Were they afraid the 'popular' writer would drag the other book into the gutter of commercialism — gasping for more rarefied air?

My own book has been labeled everything from literary fiction to women's fiction to suspense — because of the title — to the newly coined 'upmarket.' Goodreads readers have shelved The Murderer's Daughters as literary, chick-lit, thriller, contemporary fiction, and dysfunction (I can only hope they mean the book, and not me) and more.

When seeking blurbs for The Murderer's Daughters, and for my upcoming novel, The Comfort of Lies, I queried authors I admired because they'd written books that I found engrossing. These authors represented a spectrum of outlook and presentation. I don't believe people read all one type of book, any more than we listen to one type of music.

The classification topic seems omnipresent. "How would you describe your books, commercial or literary — or something else?" a member of the audience asked at a book festival I attended last year.

We panelists snuck furtive looks at each other, no doubt vying for last place. I was eager to hear anything but my own voice, fearing that I'd say "I wanna sell like a mutha-***ka, and be treated with the reverence accorded Marilynne Robinson." Instead, when the microphone was passed my way, I mumbled something along the lines of "My agent describes it as upmarket women's fiction. I'm not even sure what that means. I'd probably describe my novel as mainstream."

According to Dummies.com, "mainstream fiction is a general term publishers and booksellers use to describe both commercial and literary works that depict a daily reality familiar to most people . . . Mainstream books deal with such myriad topics as family issues, coming of age initiations, courtroom dramas, career matters, physical and mental disabilities, social pressures, political intrigue, and more."

Okay, I feel better. Mainstream fiction works for me.

One panelist declared that she absolutely would define her work as literary fiction, because she really cared about the words she used. Does that imply that I, by defining myself as mainstream, don't care about the words I use or how I craft sentences?

Who makes these definitions, and who determines where your book belongs? Is it one of those "you know it when you see it things?" Is it self-defined or other-defined?

Agentquery.com, the sweet spot of online sites for those seeking agents, gives an in-depth definition for everything from horror to multi-cultural writing, defining the commercial vs. literary this way:

"If you marvel at the quality of writing in your novel above all else, then you've probably written a work of literary fiction… Although some literary fiction can become "commercial" by transcending its niche market and appealing to a broader audience, this is not the same as commercial fiction, which at its core has a commercial, marketable hook, plot, and storyline–all developed through literary prose. Literary fiction often merges with other fiction types to create hybrid genres such as literary thrillers, mysteries, historicals, epics, and family sagas. "

Is the above true? Do writers become literary by marveling at the quality in their own writing? What about shrinking violets too shy to stamp themselves 'literary,' afraid that they'll be then stamped 'full of themselves?" What if your book has a page-turning plot? Can you use the 'L' word, or are you setting yourself up to be knocked down?

I give up on defining myself. I'd be grateful, thrilled, and eternally satisfied to learn that a reader gave up sleep to turn the pages I'd written (as I do so many nights with others' books.) If my prose is solid and hold up the story, then dayenu.

I always remember what Chris Abouzeid wrote in his post "The Decomposition of Language:

Great writing (for me, as reader) isn't such because it's fancified or cluttered with metaphors. It's because the story soars off the page and burrows in my heart.

There may be occasions when magnificently crafted sentences married to essential observations are enough, but I question the hierarchy of literature that places the less storied as more important. Do we need a caste system of fiction?

Can it be simple? Story + well written = something terrific. Let's call them, um… novels.

*reprinted with persmission from author 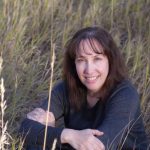 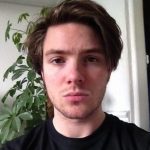 I’m always woken up by the sun baking my legs inside my duvet. We don’t have curtains in our bedroom, me and Alan, be
bobby_macpherson 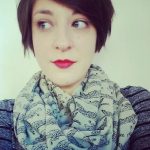 I try to think about the motivation to become a writer – as though one day, you are not, and the n
raepagliarulo 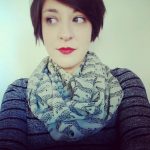 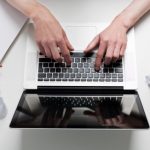 “Stories in Your Pocket: How to Write Flash Fiction”

Randy Susan Meyers was born and raised in Brooklyn, NY and now lives with her husband in Boston, where she teaches writing seminars at the Grub Street Writers’ Center. Her novels are The Murderer’s Daughters , The Comfort of Lies Accidents of Marriage (releasing in Sept 2014.) She co-authored What to Do Before Your Book Launch with M.J. Rose. Visit her website for more information: http://www.randysusanmeyers.com/
Previous PostResults from the Ernest Hemingway Flash Fiction Prize Next Post"Glow Sticks"

A skeleton key is created by eliminating certain ridges and notches. By stripping the key down so it fits only one of many necessary patterns, it becomes more universal. Similarly, tapping into universality is how a storyteller invites a wide readership. If extreme care is given to the right aspects of a story, it can adapt to varied sensibilities. So here’s a riddle: What good is adaptability and power, even universality, if no one reads the story?   It seems a widespread belief that attention spans are getting shorter and we’re all heading toward a more technical-assisted, fast-paced lifestyle with less ideal conditions for reading.  I hear such assertions often, especially at work. Part of my job is speaking with marketing professionals about how they attract customers and get people to understand the value of a product or service. I have stopped counting the number of times someone has said something along the lines of, “People don’t read anymore, so we’re <insert strategy here>,” in defense of a new initiative. Does this mean people don’t read books, or people don’t read advertisements? Are our attention spans really that short? Have you stopped reading this? Saying people don’t read at all is an exaggeration.