I am haunted by a writing assignment I first attempted as a senior-year final-semester English major at the University of Wisconsin in Stevens Point. I took an advanced class in Nature Literature, an elective to round out my coursework focused more on literary analysis than creative writing.  For some reason, despite my interest in free-rein composition, the artful discipline remained unpursued.  The course description of Nature Literature promised not only captivating readings, but opportunity to discover creative writing in a formal way, and I welcomed the exploration.

The class met on an upper floor of the Collins Classroom Center. The group of maybe fifteen or so was led by a petite, powerful, aged professor who proved herself an influential character in my interpretations of existence.  I am sorry I cannot recall this learned lady’s name. I am sorry I did not realize at the time the lessons she taught extended far beyond the cement walls of Collins.  These “meaning of life” reflections, initiated by in-class readings and discussion of Thoreau’s Walden or Theodore Roosevelt’s ruminations on big game hunting, continued to grow as I did.  Even now, an increasing awareness of my evolving perspectives is due in part to a compelling writing assignment—it is one I have reconsidered and rewritten over a span of thirty years since I took the college course.

My professor’s enthusiasm was obvious even in her tranquil delivery of soft-spoken lectures.  Our teacher was a diminutive woman, somehow lost in too-big skirts, baggy sweaters, and clumsy clogs.  She wore her graying hair in a barrette, and strands of it escaped to the right side of her face as she spoke.  Intent on leading an orderly discussion, she didn’t seem to notice her hairstyle worsened as conversations became intriguing.

Despite her disheveled appearance, the professor commanded a strong presence.  Our teacher posed difficult questions of a writer’s intent and style, waited in smiling, patient silence for the group to formulate opinions.  Then, with ease and a few well-placed words, she inspired spirited student debates on our varied interpretations.  She encouraged us to understand the written words of others and to reach for excellence in our own writing.  She was a discovery catalyst–a nurturing, calm-before-the-storm-mother-earth figure—the perfect professorial personage to lead Nature Literature.

One day she offered a challenge by way of a composition assignment.  We’d read classic works on landscapes and wildlife.  We’d discussed the juxtaposition of serenity and action nature affords.   We discovered peace in pond reflections, contemplated miraculous feats of birds on the wing, and unearthed the motivations of explorers who endured nature’s brutality in pursuit of adventure and crafting a map.

Now it was our turn to inspire a reader.

The assignment?  Write about your own “special place.”  Everybody has one, she said.  Consider any locale featuring any element of nature that invoked an emotional response, describe it, and convey what made it impactful.  We would then better appreciate nature’s role in influencing a psychological state.

Even big city dwellers had such environment for consideration, she said in response to one student’s insistence no such place existed for her.  After all, a spider’s web in an apartment window counted as a natural element.  We needed to stretch self-imposed limiting definitions to fully appreciate a personal “wilderness.”

Further, we were to not only write about the scene, but illustrate it.  Our student-artist renderings of private place could be expressed in pencil, paint, or any other art supply.  I chose Crayolas for my masterpiece.

I decided my special place is Hickory Road, a rustic, dead-end route.  My childhood home is there, and I’d spent many hours walking the mile-long path.  Others might find its scuffed gravel surface unremarkable, its overgrown spots burdensome, the occasional snake slithering across it a menace.  But I have always felt joy in the bright red autumn sumac, solace in fuzzy cattails, optimism in red-winged blackbirds, and wonderment in the way sunlight sparkles on frost-laden twigs on winter walks.  This is my place of refuge, imagination, dreaming, discovery, and enlightenment.  Here is my pathway to things lost and gained, and a venue for unbridled discussion with a companion or two, tail-wagging dogs at our side.

I drew my picture on a three feet long strip of white freezer paper.  My crayons depicted water flowing through a culvert, a bicycle abandoned in the nearby ditch.  I recreated one neighbor’s oversized metal mailbox, another’s frog-filled pond, a tractor in the hay field, and dense shrubbery hiding the road’s termination–right where the rock pile points to wide open sky, a tree-lined horizon, and a body of water waving in the background.

Then I wrote my story to describe this natural wonder, where breezes are unfettered and there is room to run in the open grassy field, where my arms open wide to embrace this jumping-off place that is not a dead-end at all for those curious enough to question its significance—and their own.

Then I turned it in.

During the next class, we critiqued a few of the submitted essays.  Mine was not among them.  I didn’t think much of it until my teacher asked me to stay after class.  Had I done something wrong?  Missed part of the homework?

I approached the metal podium where she stood holding the grade book in her hand.

“Lora,” she began.  “I don’t grade these papers, I only require their completion.  I place a check mark after each student’s name when an essay is turned in.  But I want to show you how I noted yours.”

Curious, I peeked at the book she pushed in my direction, her index finger next to my name, the check mark followed by a plus sign.  It was the only such symbol on the page.

“You are a very good writer,” she said.  “Do you remember how Annie Dillard writes with no skin?” a reference to Pilgrim at Tinker Creek.  The professor smiled at my mixed look of horror and confusion at the image.  “I mean to say, she is a very sensitive writer.  She sees everything, she feels everything.  Readers are with her, we see and feel everything too.”  She paused.  “Your writing is like that.  Have you done anything with this talent?  Do you intend to?”  Taken by surprise, I merely shook my head no.  “You should,” she said.  “Think about it.”

I thought about it for all of ten minutes after graduation, and then chose business librarianship, a career path to involve practical research projects and pragmatic written assessments of my findings.

But her words haunted me.  Over the thirty-odd years elapsing after Nature Literature I re-worked the dead-end story, trying to “do something” with it, but its scope, message, and purpose eluded me.  I realized as I wrote and re-wrote about Hickory Road through my life’s joys and sorrows, the essay’s tone vacillated, the imagery shifted, the metaphors grew.  It never felt quite right.  But I persisted in the writing of it.  I still do.  Every time my pen hits the Hickory Road page, my teacher’s words echo.  I find the story remains a work in progress, much like myself.

Now, three decades later, other creative stories urge to write themselves.  It is as if one of the dead-end’s joyful opportunities finally emerged, blossoming on the surface of my defrosting conscious in a magical and mysterious way.  Perhaps I needed ample time to “think about it” as my kind teacher suggested, or perhaps I required richer life experiences for inspiration.  Maybe I needed a jolt in my personal circumstances to awaken latent passions and find the courage to explore them, to think about how I now define success or happiness when confronting the unknown.

I wish I could share with my teacher the impact she made through not only her thought provoking writing task, but more personally via the brief private conversation she requested one day after class.

I wonder, how can this be?  How did I encounter different wild-blind roundabouts on the same arrow-straight peaceful road pointing due West?  I once thought the gravel-dust I kicked up walking the narrow-wide path obscured the serene certainty I sought, but I know now it can’t be found.  The curious dead-end teaches me certainty is at best an illusion–so instead I join the mysterious fairy-sprites I do find dancing amidst ditch brambles.

I write, and I jump off my limited perception of the road’s flat surface to leap into the dead-end’s glorious, unchartered, ever-evolving adventure. 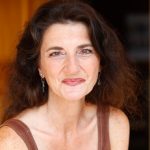 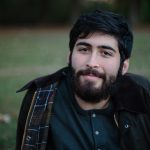 During the summer, I stay up very late. I love the early morning headaches and the Saharan thirst that hits your
zroubein 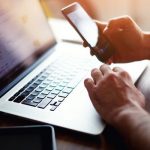 “Why I Write in the Digital Age”

Every day I find reasons not to be a writer. I’m not talking about doubts spurred by my inconsistent income or a s
carolinemccoy 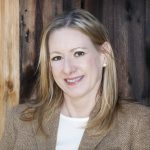 Why I Write: Julia Strayer

I write for a father who no longer lives, and for myself in hope of outliving my life. I write to solve puzzles,
juliastrayer 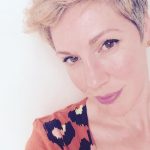 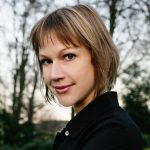 The Writer begins when she is young. She doesn’t want to waste time. Reading is wonderful but writing feels better. A
clairepolders

Lora Bray lives in the Madison, Wisconsin area where she works as a technical writer and researcher in the financial services industry. Lora is an English major and librarian-by-training who is rediscovering the joy of creative writing.  Her work has also appeared in Sky Island Journal.
Previous Post"The Limoges Vase Next PostThe Fire

Amanda thought the Limoges vase should go to her. After all, it had been her wedding gift to Robert and Anise. She had let that drop discreetly, although to no avail. The daughters, Lily and Iris, seemed impervious, engaged in their own battle for the prize. “Mamma wanted me to have it, Aunt Amanda” Lily said bluntly, not a trace of compassion in her voice. “I don’t know how you can think that,” Iris countered. “Mamma always said the Limoges would go to me, because I’m the oldest.” All this at the reception after the funeral. Right there in the front parlor, with the guests trying not to notice. Those girls never would learn finesse, Amanda thought, in spite of how Anise had tried to cultivate them. All those lessons, those years at the finest boarding schools—what had it yielded? It pained Amanda to see how badly they had turned out. She remembered her own youth, when she and Anise were just about the girls’ ages. “Delicate, that’s what a woman wants to be—in word and deed. It’s the soft-stepping cat that catches her prey,” Amanda’s mother had told her two daughters. And delicate the family had been in those early days as they tried