We are born in the trenches. As soon as our legs can carry us and our hands can grip we are given knives and thrown into tunnels connected to the enemy bases. We are used for sneak attacks. We are told to dig tunnels into enemy bases and slit the throats of officers. Those of us that make it back are treated like regular children. The parents are given leave to take care of us. When we turn ten, we are put back on the field. We go into specialized training. We learn how deep a mine should be underground and the origin of the phrase ear to ear. The instructors pay attention to those of us who show prowess in physical training as well as those who show potential in intelligence tests. We learn that those in power very rarely fight, so some of us sabotage the ones who get ahead. We steal their uniforms. Tear up their boots. The instructors take note of this as well, as there are no rules in war.

After our training, we are assigned roles. The most cunning of us end up in leadership positions while the strongest are put on the front lines. We don’t know this, but our parents’ status also determines our position. Those of us whose parents are war heroes are usually given leadership positions and kept away from firefights. The children of political leaders and generals disappear after graduating. Not even the brightest of us know where they go. Some of us like to think that they’re on secret missions deep behind enemy lines. Others are more pessimistic. They feel it’s more likely they’re living their lives out in luxury having grapes and lemon cakes fed to them by servants while they watch the action from the comfort of their own home. The adults tend to beat the latter frame of mind out of us. Questioning the war is frowned upon. Some of us would end up with broken arms or legs. It would be our parents who were forced to do the beatings. Most of them didn’t want to, but it still made us keep our mouths shut.

It didn’t stop one of us though. He stalked the head general’s child after she graduated. It wasn’t hard, all he had to do was stick to the shadows like they taught him. He watched her walk down the street until she actually and literally vanished. She didn’t leave anything behind. There was a bubbling sort of sound and a flash of light and then she was gone. At least that’s what the boy told the rest of us. One of us says he disappeared one day too with that same bubbling sound. We knew they both disappeared but we were sure he went to a different place than the general’s child. Academy life went on after this until more and more of the higher up children started disappearing. It would happen during drills or lunch in the mess hall. One vanished while carrying his tray and it splattered all over the tiled floor. A sergeant grabbed one of us that was closest. He blamed him for dropping the tray. He was forced to lick the food up off the floor. We were forced to watch.

None of the adults would acknowledge the disappearing children. All of their stuff would be gone from the barracks and their desks removed from classes. If we asked where the others went, we’d disappear too. The smartest of us said it was a political statement by the government to show that dissent would not be tolerated. The stronger ones said it was God weeding out the weak.

Eventually, the disappearances stopped and we forgot all about them. The Academy itself closed down for an intermittent period and we were all housed in the adult barracks and asked to do ten thousand piece puzzles; we were served the same meal every day; we were allowed one hour of fresh air, in which we stood around in a fenced in courtyard; we became suspicious of each other; we each longed to be at the top of the class, to be one of the ones who would disappear, because at the time, we believed disappearing to be the most exciting thing at the Academy. And eventually, after months in the barracks, we got our wish. The Academy opened back up.

That was when the wealthy children started reappearing. Again, none of the adults acknowledged that something was happening. They treated them like they’d never been gone. There was something different about them. Some could jump large distances now while others had cybernetic arms and legs. They quickly made it to the head of the pack. There was a gap between them and the rest of us that couldn’t be bridged. Eventually, the bravest of us asked them where they’d gone. The most popular, the one with the cybernetic eye and a giant right arm, answered “we leveled up.” We didn’t know what that meant. We tried to ask around, but the adults beat us when they found out. We racked our brains trying to find out what it meant to level up. We tried everything: acing courses, passing fitness exams, all of the things the disappearers did.

Eventually, one of us disappeared. He had broken the academy’s record for pull ups. We knew he could do it. He was the strongest of us. He was gone right after he finished. His gym clothes fell in a heap on the cold cement of the fitness center. Although we wouldn’t like to admit it, we were excited. Of course we were scared for our friend, but our curiosity outweighed that concern. What could possibly be on the other side? What did he get for leveling up? These questions kept us up late into the night and made us late for morning check. We didn’t care. We were going to find out exactly what happened when the wealthy children disappeared. The academy didn’t matter anymore. 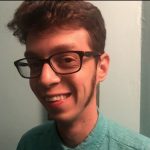 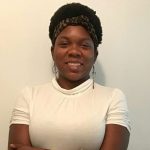 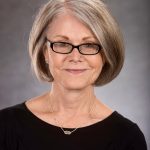 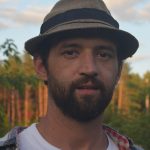 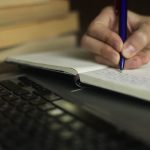 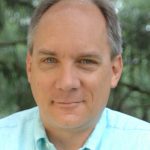 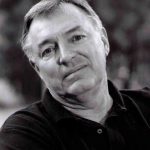 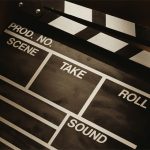 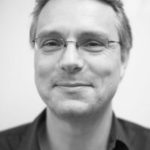 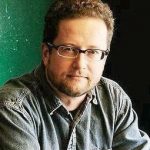 Why I Write: Daren Dean

Michael is a writer from Myrtle Beach, South Carolina who usually spends his time fishing or playing guitar. When he's not doing that, he's usually sleeping.
Previous Post"The Girl in Platform Shoes" Next Post"A New World" 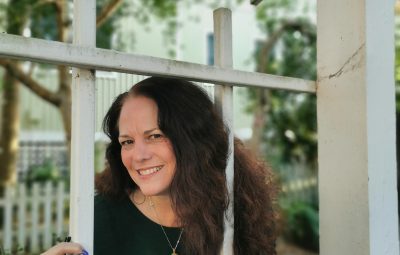 "The Girl in Platform Shoes"

From where I stood there was nothing I could do but watch as the girl fell in front of the oncoming train. When I first saw her I was getting coffee in the kitchen at the office. I stopped to look through the third floor window over the sink. Everyone that worked in a cubicle on that floor paused to clean a cup and look at the elevated tracks and platform of the Randolph Street station. Among other things they looked to check the weather or on the chance they might see someone they knew or witness some notable person or event on the platform worth  mentioning. Until she fell, I saw her off most every morning standing on the platform in the same place and the same time to catch the Blue Line express. The train doors opened before her standing at that spot on the platform. She boarded with the crowd coming on with standing room only in the train car. That first time I saw her she had a face like Keri Russell's, baby's breath weaved in her long, honey blonde hair. She wore  a becoming summer dress and the platform shoes made her statuesque. She was young and pretty