“It looks like cancer,” Mildred said over the scratchy cell phone. “She’s covered with it. Incorrigible! What is she thinking?”

The brazen image leapt out at her from the tiny screen. Bianca had just texted her a picture of her latest tattoo. “Strong” was the title. A naked, bare-breasted impossibly buff amazon – full six pack, breasts to feed an army, biceps to lift a humvee, a bush to get lost in, hair like a tempest and a face, strong and hard, yet anguished and turned to heaven.

“Why? Why does she do this to me?” implored Mildred.

“It’s in my head, she’s doing it to me,” said Mildred and turned away with finality.

Mildred is 93 years old and when she turns away with finality, that’s the end it.

Bianca is a source of constant irritation and longing – longing for a settlement, a peace, a being what a granddaughter is supposed to be. But then the female line of Yitzak-DiPaolis has never been kind to the next generation – an X chromosome-borne curse expressed in compliments un-made, tut-tuts, turnings-away and an overall climate of disapproval. Bianca in her rebellion invites disapproval. Bianca is trying to escape by plunging straight into the storm. “My body is a tapestry,” Bianca is fond of saying. (She loves the Unicorn Tapestries at the Cloisters.) “Every important event in my life is recorded on it.”

“You’re only 26, you should leave some room for the future,” I said.

“There’ll be room, it’ll be like a Rembrandt, a palimpsest.”

“That’s a canvas; you said tapestry.”

The gallery visitors filed in and out leisurely umming and ahhing, drinks in plastic glasses dangling from their hands. Anyone passing Bianca’s piece stopped, stared, screwed up their eyes as if looking more deeply into it and moved on. I looked at her porn-montage hanging on the wall – an antipasto of vulvas, penises, pouting lips, nipples and breasts clipped from porn mags. Just watching makes your skin crawl as if in repulsion there’s redemption. Plunging into the storm. If you can love her after seeing this then maybe she’ll feel safe. The great Why raised its head. “Why is a crooked letter,” my grandmother was fond of saying.

We speak in metaphors and euphemisms. “What’s next,” asked Mildred.

“Oh you know, what’s next? I never intended to live this long. I’ll be going on a trip.” “Where to?”

“I have no idea.” And she laughed her girlish laugh.

“Can’t you ever get it right?” Mildred said to Bianca’s mother, Sophia.

“Ma, just once can you say I look pretty,” replied Sophia.

“I would if you did, but you don’t. You’ve never known how to dress.”

“Poppa said I looked pretty, why can’t you?”

“You’re exaggerating Sophia, why do you always exaggerate? You look like a fortune teller in a circus.”

“Here, let me serve you.” Mildred took the salmon steak from the frying pan where she had sautéed it and put it on a plate. Next she scooped up some steamed vegetables with a slotted spoon and put them on the plate and last she took a knish from the toaster oven, put it on the plate and put the plate before me. “Do you want some wine? I don’t have any. I’m sorry.”
“What are you having?” I asked.

“I ate already. I have something to show you.”

Mildred took out a letter she had folded in a pocket of her apron. It was folded several times and took some careful effort to unfold without tearing it. You could see that it was old and fragile, slightly yellow.

“I came across this when I was going through some letters I wrote to Tony. She’s right. I did favor Michael.”

“Sophia’s right. I wasn’t nice to her. I played favorites. I loved Michael more. Listen to this…” and she began reading from the letter. “ ‘Tony’ – you see we never said things like ‘Dear’ or ‘Beloved’ – ‘Tony, Michael is so wonderful, I listened to him practice outside his door when he didn’t know I was there, the Vivaldi piece, his tone is so anguished, the violin sings for him – my brother’s violin – it’s as if my brother were alive within it. But Sophia ruined it. She burst in and wanted me to hear her essay. Why can’t she respect my privacy? Why is she always jumping in at the wrong time?’ It goes on like that,” said Mildred.

“What do you think it means?”

“It means Sophia is right.”

“I don’t know what to do. All these years. If I only knew. What should I do?”

Michael was lost in the Paris metro. “I’m in the underground,” he’d say. And he meant the Resistance – living out the Nazi occupation in a fantasy world in the 1980s. The metro was a metaphor – but it wasn’t, it was the metro and he was found wandering around, incoherent. Tony had to fly to Paris to bring him back he was so far gone. The hospital in Queens where Michael was locked up – shot up with thorazine. I visited with Tony and Mildred. They brought Michael out – he was in a stupor, moving slowly, the thorazine shuffle.

“What’s wrong with him,” said Mildred. “Where’s my Michael?”

“It’s the drugs,” I reassured them. Michael was gay, not a secret agent. In the 1980s a closet gay was a secret agent. That’s what Michael meant. Michael recovered and met Alonso and fell in love. But it was too late. They had a few good years, but Michael had AIDS from the Paris metro and died.

“You know, it was hard for Tony to accept Michael as being gay,” said Mildred. “But he did. I’m glad of that.”

“Why don’t you accept Sophia?

“Sophia and Bianca are all you have left.”

“I don’t understand young people. Why the tattoo? What do they call it, a ‘tat’? Why?”

“It’s a way of expressing themselves.”

“In my generation, my body was my temple. Only low-class people got tattoos.”

“Why don’t you accept Sophia?”

The next day Carol came over to help Mildred shop. “I need for you to help me with something,” said Mildred

“I passed a store the other day. I want to go there.”

“You’ll see when I get there. It’s on the avenue.”

The sign read in great black gothic letters: The End Is Near.

“You want to go in there?” asked Carol. (Mildred knew that Carol stole from her, little, unimportant things, so she left these out on purpose: loose change, a pocket flashlight, a nice costume necklace.)

“I have something I want to show you,” said Mildred to Sophia.

“Here,” and Mildred rolled up the sleeve of her blouse. On her right arm, where a sailor might have an anchor, or a marine a death’s head, was a red heart tattoo with Tony, Sophia, Michael and Bianca circling it in a design like a wreath.

“Don’t tell Bianca, I want to show it to her myself.”

“Let me take a picture with my cell phone and I’ll text her.” 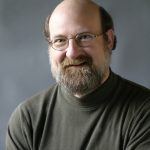 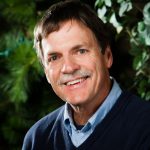 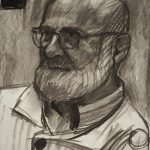 My daughter goes belly first down the slide, the skin below her shorts squeaking against the hot plastic.  She arcs
trivard 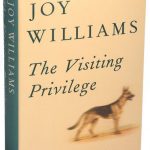 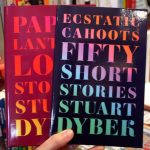 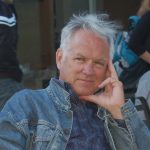 Erik Lewis is a writer, documentary video maker and television producer. He is currently in the MFA Creative Writing Program at City College of New York and runs a public access television station in Westchester County, NY. His previous literary works include the screenplays "Kim" and "Smitty's Day" and the stage play "Body Armor." He lives in Brooklyn, NY with his wife, two daughters, son-in-law and granddaughter.

Previous Post"Catfight in a Cathouse" Next PostThe Story Behind the Story: "Snowbirds"

"Catfight in a Cathouse"

Two Whores Brawling in a Storyville Brothel, French Emma Johnson’s Circus, During the Last Week of Legalized Prostitution, New Orleans, Louisiana, April 13, 1917.  Cora Carol, 19, A Prostitute in French Emma’s Circus. Pap sets his lens just so and measures the light and lights the flambeaux and measures again before he duck waddles his dicty self back to the camera and whines in his high nasal voice, Stay still now, Sistuh—for the five dollars he offers I’d stretch his bellows let alone sit here naked on a clean couch—I shake, laughing, and he says, Corpse-still now, les ya ruin da print, and I wish for a flash I’d been a stillborn and not a trick baby delivered in this Tenderloin District of men, though they mean very little to me save the money they bring, like when I walked in on Ma as she dissolved the purple salts in a washrag to clean her john who stood there naked and limp, potbellied and hairy, gazing at me in my white party dress that made me even younger than my ten years allowed, and he said, Why don’t you give your mama a hand? and I shrugged and took up the cloth with no more thought than