Stephen King is first and foremost known as a novelist. If you somehow haven’t read one of his books over the past fifty years, chances are you have seen one of the many wonderful adaptations of his tales. King is more than just a novelist though, he is a lover of words and has made his life’s work has been dedicated to entertaining his constant readers. It’s pretty remarkable that as a popular novelist of commercial fiction, King has maintained a steady output of long books whereas many other prolific writers of the sort have pawned writing duties off to several other writers, maintaining their name on the cover for sales purposes. Several could be deemed his magnum opus, many are great, some are good, and only a few of his 54 novels are mediocre. His memoir On Writing is arguably the greatest book for aspiring writers to have on their shelves. King’s novels are almost always in the high hundreds of pages, and a number have reached 1000. For a writer that specializes in lengthy fiction, it’s hard to imagine that he would be interested in short fiction. He has written over 200 short stories, many of which have been featured in story collections throughout his career, with his latest being The Bazaar of Bad Dreams.

A large chunk of pieces here have never been collected before, some are appearing for the first time, while a few have been pulled from previous collections. It’s as if King is trying to give readers many chances to gravitate towards his short fiction. His short stories don’t do as well in terms of sales, like most of the sort, but its inspiring to know that King writes little stories out of the pure joy of creation. He loves telling stories, no matter the page count or scope, and if anyone is capable of fitting large concepts in a small amount of space, it’s the greatest popular fiction writer of the past century.

A unique but welcome treat to each of the twenty shorts is King introducing the influence behind what follows. Serving as a creative preface, King lets readers enter the mindset of a writer at work, and his remarks are as interesting as the stories themselves.

The opening story, “Mile 81” was originally conceived when King was a nineteen year old undergraduate at the University of Maine as “Mile 85.” Over the years, the rest stop on the highway to home transitioned to four mile markers early, and that’s how we enter. The story follows what King imagined as an abandoned station wagon, apparently in need of assistance, but in classic King fashion, its really just an invite to unknown terrors, a vicious trap for the unsuspecting. Preceding “Premium Harmony” the writer acknowledges that although he himself has been a constant reader, he somehow skipped over one of the greatest short story writers of all time: Raymond Carver. This was in 2009, and “Premium Harmony” is a wonderful imitation of Carver’s simple and deceptive style. Upon pondering what would happen when road rage turns to street rage, King ate dinner at an Applebee’s and found his answer in the form of a presumed father and son duo. He fittingly and comedically titles the unfortunate encounter as “Batman and Robin Have an Altercation.”

King offers anecdotes and reasons for all twenty, commenting on music and his childhood, along with real life events in the media like fatal car accidents. One even stems into “Herman Wouk is Still Alive,” where King gleefully pays homage to a literary great who turned 100 in May of this year, stating that Wouk is a fan and offered for King to visit him, a source of immense joy for King. At 68, King is a living legend, but this anecdote shows that he hasn’t let that get to his head, that he still holds the childhood wonder of a starstruck fan.

All are individually dedicated to the people of King’s life, and luckily, each of them has been printed at the end of a story that is no better and no worse than the other nineteen. Within the collection, King shows his talents expand past suspense and horror. His characters come off the page like all of the greats, but for a writer of plot driven fiction, his innate ability to do such is undeniably impressive.

I’ve written about King several times in the past, even going as far to claim The Stand should’ve not only been nominated for a Pulitzer or National Book Award, it should’ve won. His longest book to date, The Stand is a much different experience than The Bazaar of Bad Dreams. With my fervent love for my personally dubbed Stephen King magnum opus declared, I must say that his short stories are as important as his greatest novels, but for different reasons. The arc of a King tell is told in a smaller scope here, but the reader still reaches the final line feeling satisfied. The Bazaar of Bad Dreams is a short story collection from one of the most popular writers of our time, and it’s somewhat ironic to say that you should read it. Nevertheless, King writes short stories for the love of it, and more of his constant readers should embrace them. 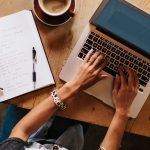 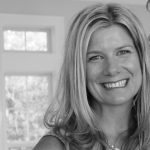 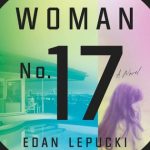 Steven Petite received his Bachelor of Arts in Creative Writing from Cleveland State University and is currently pursuing a Masters in Publishing Studies at Southeastern Louisiana University. His journalism has appeared in Playboy, Huffington Post, Crixeo, Ranker, New York Game Critics Circle, and others. His fiction has appeared in Cigale Literary Magazine. He can be reached at stevenpetite@gmail.com.
Previous Post"The Second Most Important Explosion of 1986" Next Post"Joyce Carol Oates' The Lost Landscape is a Memoir for The Ages"

"The Second Most Important Explosion of 1986"

Austin, TX USA 01/28/86: 10:25 AM (CDT) Time does seem to pass. The world unfolds not in moments but in frames, images compressed into life. A live broadcast is a collective consciousness, a nationwide longing that pulls us into the future. It’s a school day, and televisions have been rolled into darkened classrooms just for this. She likes to leave the TV on while she’s in the kitchen, opening cabinets and drawers and running water over vegetables. Space Shuttle Challenger is minutes from its tenth launch. It’s an intimation, or a slight change in frequency that tells her to look over at the screen. There it sits—stands, vertical—like a child’s toy strapped to a huge metal erection. That’s how it looks to her. Crude. The thing itself is a symbol, a deeply American excess and symmetry. It is a tower. There’s nothing sleek about it. Nothing shines. The external tank is the colour of rust. Linda Monroe was one of over eleven thousand applicants for NASA’s Teacher in Space Project. She worked hard on her application. Her essay was long and personal. She felt that she was going to be part of it, that somehow it couldn’t happen without her. Her infant son sleeps in