Transparency is not art, but it is increasingly a part of life. There is no longer much of a choice when it comes to exposure. Writers, like everyone else, are increasingly connected to each other and to the larger world. Our transactions, social media interactions, and smartphone correspondence are defining us in the eyes of advertisers and anyone willing to pay and prod enough to find our patterns.

One would think exposure unsettling to the solitary sort creative folks tend to be. I recently wrote a story about big cities breaking down as their residents raced to rural locations to live the new version of luxury—solitude. And, honestly, I keep waiting for such a rebellion to actually happen, especially among writers. Instead, “I’m going off the grid,” seems just another post on Facebook, and let’s be honest, posting about going off the grid is not going off the grid at all. There’s no getting around it, connectivity is our new normal. I feel a need to connect that I didn’t at one time, and writers I know share the same feeling. We are increasingly exposed and owning it (or trying).

After all, we maintain the freedom to choose to share creative works—those bloody, sweaty, soul-bending projects that make us who we are—but many of us are now sharing without much pause. Who knows what kind of masterpiece could have been created of that short story published on your blog because we were too impatient after a standardized rejection from The New Yorker? Who knows what could have been, if only the work had been left to breathe a little before we sold it short for a few Likes? It seems the sense of urgency around publication is a natural side effect from the high of constant exposure. Show me yours, I’ll show you mine.

I work as an analyst, tracking and evaluating companies in the internet and communications space. I read and interview daily on the newest fads in communication and the value of transparency, and I listen eagerly as I try to imagine the trade-off between convenience and exposure. Technologies are fascinating, and they all seem to be heading in this same general direction—toward convergence. We live now by less patient and more connected societal norms. In a way, this is a beautiful thing. We can be influenced by each other like never before because we are exposed to each other like never before, which raises stakes and breaks boundaries that once held creativity back.

The thing is, writing is art. It takes time. When we make our process too transparent, it will lose some of its allure and, possibly, sophistication. Readers are increasingly fickle. Writing needs to coax, romance, invite, and devour. If writers don’t wait long enough to give writing the room it deserves to grow, the writer may never allow a story its full potential. I believe sharing creative work today is about finding a balance, and exposing just enough to leave some mystery. Within that mystery, after all, is the heartbeat of narrative itself, that place where writer and work are one. 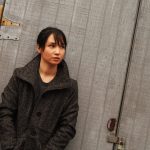 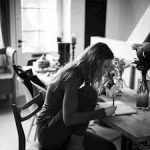 Jen Knox is the author of After the Gazebo, a collection of short fiction. Her writing can be found in The Adirondack Review, The Bombay Literary Magazine, Cleaver Magazine, Cosmonauts Avenue, Gargoyle Magazine, Istanbul Review, Narrative Magazine, Room Magazine and The Saturday Evening Post, among others. Jen directs the Writers-in-Communities Program at Gemini Ink and works as a freelance writing coach. For more about Jen, find her here: www.jenknox.com
Previous Post"The Remarkable Reinvention of Very Short Fiction" Next Post"Baby Forever"

Is very short fiction a renaissance or a reinvention? Are these stories defined by length, and what does a story require? In this essay introducing WLT’s special focus on the genre, Robert Shapard canvasses the globe to answer these questions. Some may call the stories “flash,” but Shapard echoes Grace Paley’s warning: very short stories “should be read like a poem, that is, slowly.” Very short fiction has many names, which vary by length of story and by country. In the United States, the most popular name, perhaps, is flash; in Latin America, the micro. On average, a very short fiction is ten times shorter than a traditional story, but numbers don’t tell us everything. I prefer metaphors, like Luisa Valenzuela’s: I usually compare the novel to a mammal, be it wild as a tiger or tame as a cow; the short story to a bird or a fish; the micro story to an insect (iridescent in the best cases). The popularity of these “iridescent insects” has continued to grow, worldwide, especially since the 1980s. In the United States, anthologies, collections, and chapbooks of them have sold about a million copies—not as many as a John Grisham best-seller, but notable nonetheless. TV and