Over the weekend, September 21st and 22nd, I attended the Keep on Truckin’ conference for SCBWI (Society of Children’s Book Writers and Illustrators). Not knowing what to expect from my first conference, I was delighted with the warm and friendly group of faculty and community of authors. Keynote speaker Marvin Terban did a fantastic job of emphasizing the importance of humor in children’s literature, along with reminding us that as children’s book authors we are responsible for keeping alive and creating the English language in future adults.

I was also fortunate to attend a break out session with Alayne Kay Christian presenting on the Top 10 Reasons for Rejection and found it to be very helpful and was impressed with the detail given to help us understand.

During an author and peer critique session, excellent advice and constructive criticism was given all-round and received humbly by everyone, at least those I had the pleasure of interacting with.

Several prizes were given out to illustrators and authors alike.

I look forward to attending next year’s conference and would highly recommend it to anyone who is or considering becoming an author or illustrator of children’s books. Networking and receiving honest feedback and helpful tips make this conference worth attending. 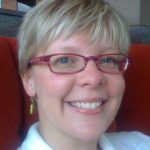 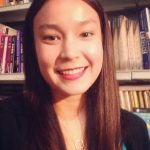 Katherine Brown lives with her husband and step-daughter in Texas. A passion for books from the time she started reading led Katherine to dream of writing books and opening up a brand-new world for others as well. As a teen, Katherine discovered a new joy in composing poetry. Publishing her first two children’s books in 2017, Katherine hopes to continue writing long into her future and to inspire in others a love of reading for years to come. www.katherinebrownbooks.com
Previous PostAuthor Interview Series: Tara Masih Next Post"64 Colors"

Tara Lynn Masih has won multiple book awards in her role as editor of The Rose Metal Press Field Guide to Writing Flash Fiction and The Chalk Circle: Intercultural Prizewinning Essays. She is also author of Where the Dog Star Never Glows: Stories and Founding Series Editor for The Best Small Fictions annual anthology. Her award-winning fiction, poetry, and prose has been heavily anthologized. Her debut novel, My Real Name Is Hanna, won a Skipping Stones Honor Award. For this segment of our Author Interview Series, we asked Tara about her new novel, what inspired her writing, as well as a host of other questions. Here’s what she said: TELL US ABOUT MY REAL NAME IS HANNA. Hanna is written for both young readers and adults. So far, mostly adults are reading it, but I hope they pass it on to their children! It’s a brief novel set in Ukraine that covers roughly three years during World War II. It’s narrated by a young Jewish woman who reveals to her daughter, for the first time, what her real name is. You have to read the entire novel to find out why she’s been living under a different name. WHAT INSPIRED YOU TO WRITE MY REAL NAME