Calvin found God at the bottom of a dried up storm ditch ankle deep in dying minnows, silver sides flashing in the summer sun. He was 13, and he’d been coming here most of his life after good rains when the lake and all its feeder streams breached their banks, saturating the valley and spilling so many fish into swollen little creeks and ditches that it was disorienting to see swirls and eddies flashing and bubbling in the places normally hidden in grass and weeds, some usually just trickling, and some so dry even the rocks in the bottoms were dusty. The minnows would spill in with the overflow, and then they’d all swim downstream, away from the body of water that had borne them, like they’d been trying to get somewhere all along and now was their chance. These newborn streams would last only hours sometimes, and sometimes days. Sometimes, they’d drain so quickly that the remaining pools caught behind small, mudded rock dams or in shallow depressions held bucket-loads of the little fish, wriggling madly against each other for freedom.

Calvin usually scooped them up in as many steel pots and jars as he could carry, took them home, and Truemama would fry them up with flour and poke greens for dinner. And then she’d talk about how generous Mother Earth was to all her creatures, how their own food sprung wild from Her woods and meadows, and their water never gave out, and how everything lived and died and grew back from the decay of what came before, how the plants fed the creatures and the creatures gave back by spreading their seeds. And how Calvin had saved those very fish from a slow death, suffocating in the very water they depended on to live, as it shrank back into the ground, refilling that cold, clean groundwater that fed all the wells and springs while the fish were trapped in their evaporating bath of less and less. But Calvin wasn’t so sure of what happened to the ones he didn’t catch. After he’d carried off what he could, he’d return the next day, and the rest of them would be gone. Water, too, vanished, and the ditches dry again as though it had all been a dream.

The day he found God, it hadn’t rained, and he didn’t even seen the creeks swell, but here was a gully full of flashing minnows as if they’d just seethed there from a hole in the ground. And now they were stranded, this part of it no longer connected to the larger stream, a drying storm ditch more fish than water, so they writhed and flipped and slipped around each other, desperately seeking the wetter bottom. And Calvin just happening by that morning without a single container to harvest them in. So he rolled up his pant legs, untucked his shirt, and waded in.

It was at first disconcerting to feel them all slithering up and down his feet and ankles, warmer than he’d counted on them being, so Calvin stood still a moment, the minnows flashing silver, dark, and light in the afternoon sun, and he half expected them to realize he wasn’t one of them and part, go around, make way. But of course they were panicked, suffocating in the thick air, desperately seeking more water, more water. Calvin stood quiet and felt their panic spiral and peak as the living mixed up with the dead, and he realized he’d closed his eyes. Opening them, he forced himself to look up and down the gully without flinching. As far as he could see— up to the dark drain hole, and down to where the old creek bent into the slow rise of the mountain— the fish flashed their fear— silver dark and light, flipping and lurching, reminding him of something; some of the dead had thrown themselves on the clay banks and cooked there, many were still living, gills gaping and mouths moving slowly, saying words in another world. Against himself, Calvin felt a small horror for their dying this way, so fractured and foreign to a species that more often meets its end in a snap— of a heron or egret or snapping turtle or the many others who feed on fish with their special equipment made just so, for snapping and severing. And he felt further dread knowing what he had to do— catch the active, live ones, pulling them from their mucky dramas into the air to die slowly on the way home to Truemama, who would fry them gratefully. But maybe the fate he offered was less terrible than this one in the hot, drying ditch. Maybe that’s what the others were saying with their gaping mouths— Thank you, Thank you. For not having to struggle on. Calvin took a little comfort in that thought. Maybe they’d prefer to die for his purpose, lifted up.

Believing this truly in his heart now, Calvin bent a knee and held out his shirt bottom.

“Here,” he said to the fish. “Here is your sanctuary.”

He dipped his arms, and the fish spilled in. They filled the sling of his shirt around his arms, and then all around him, they leapt and flipped, some landing in his shirt pockets, some on the brim of his hat. So he shifted the load to one arm, and removed the hat, held it out, and it filled in seconds.

They’re choosing me, he thought. Because they recognized the sanctity of life— of his life, and Truemama’s, who would have the greens and cornmeal waiting when he got home. But this wasn’t a choice of nature like Truemama said. Nature doesn’t make choices about dying, only surviving. These fishes were helped by God. And He knew Calvin and Truemama were doing His work, too, by helping the people they did— the ones who, true, were choosing how they survived, what kinds of pain and challenges they could tolerate, and to what ends, what medicines they needed to continue their work on the land or in the mines or kitchens, and sometimes even choosing who they loved or who loved them. But how they survived determined how they died, too, and how their everlasting souls would live hence. It’s like the sign on the revival tent said: God sees the truth. God saw this truth in Calvin, and He knew that Calvin and Truemama were hungrier these last weeks than they’d ever been, so he provided these fish.

He gazed again up and down the silver length of stream, following its unnatural glory from end to end, no longer seeing fear and death, but such an abundance of life! After a few moments, having nothing else with which to carry them, Calvin stood, his clothing heavy with wet. But when he rose, the fish rose, too— flying into his pants pockets and cuffs, swirling around him and showering him with their flashing choice to die for him. Calvin laughed and climbed from the ditch, silver spilling off his shoulders, and then he started home. 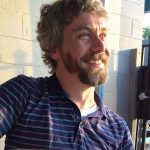 This story started with Leonard Cohen’s “Chelsea Hotel #2.” I used to commute 70 minutes to work
mfiander 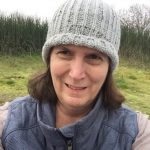 There is a picture of me. I am twenty-five. I don’t know where this picture is now, packed away after moving, but I r
maryod 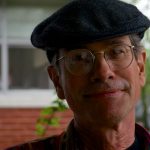 The Story Behind the Story: “Repeatable Sequence #3”

The story behind this one? I wish I knew. Anymore I just try to find a solid beginning and follow the breadcrumbs.
woollenian 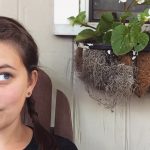 Before you begin your new story, take a little time to create fresh new characters that are your own. Using someone else's well-established formula will only brand you as a hack with potential editors.   Think of yourself as the Master Planner -- this is your story and only your characters are going to fit in it. Custom build them to suit your unique story-world. If you really must use real people you know, then try to disguise that person's identity as much as possible.   1) Begin by giving your main character (protagonist) a name that you are comfortable working with. Remember, you'll be with this character for a while, so you should choose a name you at least like.   The name must not only suit the character, but must also be easy on your intended readers. If you decide the name Xzgytgml is the only name that suits your character, bear in mind that the reader is forced to stop and stumble through the unfamiliar word, which means he is no longer engrossed in your story. Aside from this, you'll also have to write or type this name everytime your character appears.   2) Create a short biography for your new character. You'll need to