Even after several weeks, Amos fell asleep in righteous bliss. He had struck back at them. A whole busload, over the guardrail, down the ravine. His memory glowed with the key discoveries—how to sabotage the brakes, how to get into the bus lot at night. Hacking the company’s computer to learn which bus to target was especially delicious. Figuring out the precise timing of everything was a work of genius, if he did think so himself.

Yes, even if he could never bring off something like it again, he had satisfaction to last a lifetime.

By utter coincidence, Amos had just gotten out of bed to use the bathroom when his motion lights came on. First, he looked at the clock. At 2:35 am, a deer must have wandered into his back yard. Next, he looked out. From his second-floor bedroom, he could see the entire yard, brightly lit.

No deer, but a SWAT team in full armor—there must have been 20 or 25 of them—poured across his lawn. He thought of escape, but they were already running to surround the house. As soon as they closed their circle, they would break down the door.

How? Amos could hardly collect his thoughts. He had planned each step perfectly, been meticulous in covering his tracks, double-checked everything, before and after. Yet somehow, some link in the chain had failed.

Whatever wisps of sleep clung to his brain had vanished. There had to be options. Hide cowering in the attic and hope? With that show of force, they surely knew he was in the house. Come out with his hands up, like in the old Westerns? They would probably open fire at any motion they saw. Wait for them in his bedroom? That might be his best chance to leave the house alive. But, did he even want to do that? To what end? Yawning decades in a cell? A lethal-injection table?

He went to the nightstand and took his handgun from the drawer. Loaded, but small caliber…surely no use against a small army in bulletproof gear. One more option remained. He could place the barrel in his mouth and reap whatever harvest awaited him elsewhere.

Amos was no stranger to making decisions. Once he decided to take out the bus, he never looked back, though he hoped the driver’s was not an innocent life. Yet always before, he had time for careful planning. Now, events forced his hand and mind.

Downstairs, the sound of wood splintering. He had one minute, at best. 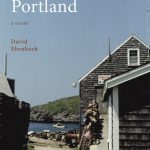 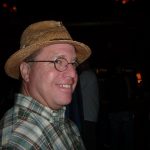 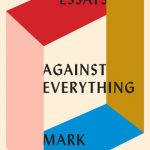 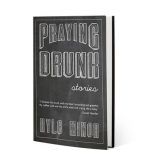 A Review of Praying Drunk 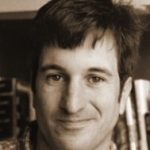 “The Fire Down Below”

“I hate you,” said Letitia, rubbing her bruised eye with one hand while with the other holding aloft a
griffith 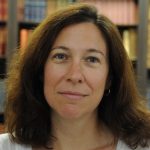 I kept the guts of the music box after Donny smashed it. The black lacquered wood had shattered on the staircase,
luongo

Gordon Cash is a lifelong professional scientist. He lives in Annapolis, MD, with his wife of nearly 50 years and their six cats. Besides reading, writing, and science, he enjoys finding unexpected connections among things.
Previous Post"Doc Oils" Next Post"Pictures At An Exhibition"

Bolinas Seventies – 48 clicks by ‘Nam talk but a time warp from civilization which refugees’re ravenous to avoid, hippies shot off The Gov’t’s road signs soas folks from the outside couldn’t locate our coastal enclave. Should Marin County re-lay asphalt sidewalks, the community would strip ‘em bare that day, maybe put in wood planks.  Every once in a blue moon, the Sheriff might jail ringleader Louise. I was a mere Stanford med student interning with local GPs who injected the Jefferson Airplane, Jesse Colin Young, etcetera red-blooded men with enough penicillin to stay clean of groupie VD when on their world tours. Plus along with multi-talented certified midwife, Helen, I traveled north to The Russian River, south to San Francisco’s Panhandle doing tons of natural childbirth home deliveries which turned out real fine. Grateful Dead’s manager gave me every album in deep gratitude despite my refusing his top-notch Maui Zowie till we pulled his kid out safe ‘n sound. Or really crappy like that zonked underage acidhead runaway from Ohio – I was unable to make her pusssh then she staredstaredstared as g-d awful detritus dropped.  Clueless. Finally getting around to the title, one morning the new Feel-Good in town hangs out a shingle,