Our men gathered what could not be replaced. Closed businesses, sold houses and surveyed the streets for soldiers. Our women dressed the children, packed clothes and snacks. We became aliens overnight, delivering bombs from a country most of us have never seen. For that, we littered the streets as disregarded members of society. To the soldiers, we were spies.

Our children consistently asked where we were going. The women among us soothed them, constructing stories of exotic lands filled with everything a child could imagine. The men among us were less creative, dismissing their questions with “It’s a surprise.”

The children skipped ahead, chattering to each other about what their new home would look like. One of them claimed to have a dog big enough to ride. Another, waddling behind the group, hoped there would be plenty of ice cream.

The women enjoyed the scene, muttering explanations beyond their children’s active imagination. The men sweat with large suitcases hoisted under their arms and over their shoulders, questioning if anything in them could be replaced. List everything their wives might have brought. These thoughts were their only distraction.

We formed straight lines outside of train cars, dust veiling our feet. One of us whispered directions to a grandfather. Some of us were alarmed by the amount of Japanese shared freely between grandfather and grandson. Others eavesdropped on the conversation, too proud or frightened to acknowledge the language barrier.

A soldier caught one of the men by the collar, pulled him from the line. We pretended not to notice. The women pressed the heads of the children against their dresses. The men prevented the grandfather from following. We made it clear none of us spoke Japanese.

One man, the recluse, preferred the company of a book or his grandfather to anyone near his age. We don’t know what happened to the man’s parents. We never asked. It was never our place and he didn’t seem to care. He obeyed his grandfather. “A respectable young man,” an elder claimed, “but strange.”

We knew he was his grandfather’s chauffeur, drinking buddy, confidant and any other term that applies to two men who do everything but sleep together. None of us were sure if they slept in separate beds. We were never invited to their house.

He had no friends. A life dedicated as a servant to your grandfather leaves no room for such a luxury. We tried to include him. “Why don’t you join us?” one of us would say.

“No, that’s alright,” he’d say or “Grandfather needs me.” All while his face was buried in a book.

Maybe that was why we let the soldier’s take him.

The man defended himself in English. “I am an American!” He repeated to the soldier tearing the collar from his shirt. We wondered if he read the notices defining us as aliens. He refused to get into the car. We had never heard him speak so much.

His grandfather tugged on our sleeves. We ignored him. He approached us, hands clasped, speaking softly. We averted our gaze. We waited for the train. We listened to him call for us. Beg for us. Cry for us.

We never looked back.

A second soldier made his way through the line. The butt of his rifle met the man’s stomach. We forced the grandfather towards the train. The wind carried the man’s cries, concealing his pain with claims of innocence. In that moment, none of us understand English.

We left the grandfather alone after finding him a seat. The women checked on the children. The children lay their heads against windows, shoulders or on top of laps. The men considered everything they’d lost. We became distracted, imagining what our exotic piece of paradise would look like. For a moment, some of us smiled.

The train bellowed a sorrowful cry. We wondered if it was for us or those killed at Pearl Harbor. Smoke helped to conceal the man’s limp body as the soldiers loaded it into the back of a black car. We recognized this car as one of the many quietly prowling our streets. The train remained still. We knew they wanted us to see. He was now an example. An elder sat beside the man’s grandfather, promising him that his grandson would come later.

But he never did. 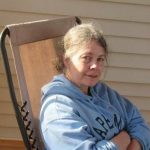 “What to Do About a Sinkhole”

It hadn’t been there yesterday. Shelly was sure because she’d sat on one of the now-missing patio chairs while lis
leslie-doyle

K.B. Carle earned her BA from Old Dominion University in Virginia, MA from West Chester University in Pennsylvania, and MFA from Spalding University's Low-Residency program in Kentucky. When she is not exploring the realms of speculative, jazz, and historical fiction, K.B. avidly pursues misspelled words, botched plot lines, and rudimentary characters. Her fiction can be found in Pennyshorts, Sick Lit. Magazine, and Phindie.
Previous PostA Review of The Parthenon Bomber Next Post"Balancing Freelance And Fiction: Seven Tips For Finishing Your Manuscript Without Sacrificing Content"

The Parthenon Bomber Christos Chrissopoulos, translated by John Cullen Other Press, 2017   Across the United States, and especially in the American South, communities are struggling to interact with the space taken up by monuments. What is the relationship between a city and those memorials which dominate the landscape? Must all monuments last forever? Who decides when it is time to forget? Christos Chrissopoulos raises these questions in his stark novella The Parthenon Bomber. The story confronts an actual call to action by a group of surrealist artists living in Greece in the 1940s. In a manifesto published in 1944, poet Yorgo Makris declares, “our first act of destruction shall be the Parthenon, which is literally suffocating us,” in a theatrical effort to dismantle the promotion and propaganda of national tourism. Chrissopoulos envisions this plot fulfilled, structuring the novella into a dossier of evidence against the perpetrator and the crime. The novella serves as an interesting investigation into the moral landscape surrounding art-fueled direct action and collective memory. German sociologist Max Weber writes in his classic work The City, “in many Mediterranean areas...a man living outside the urban walls as a rural worker and country resident is almost unknown. This is a product of century-long