Ten years ago, Joshua Ferris burst onto the literary scene with his wonderful, unique novel, Then We Came to the End — largely told from the collective perspective of an ad agency. He followed it up with The Unnamed, a novel centered around a man inflicted with a peculiar type of mania that caused him to walk and walk and walk. His most recent novel, To Rise Again at a Decent Hour, follows a hapless dentist who can’t quite figure out the world until someone begins impersonating him online.

In the years that Ferris spent penning these three dissimilar novels, he released the occasional piece of short fiction, mostly in the hallowed pages of The New Yorker. Now, these stories are collected in The Dinner Party and Other Stories (ten others to be precise). Ferris’ first collection of short stories is an interesting beast. Each story is a quiet triumph, but as a whole, or at least when read in rapid succession, The Dinner Party doesn’t measure up to the sum of its mostly affecting parts.

In the title story, a married couple prepares for another couple to come over for dinner. It’s one of those scenarios where the women are friends, and the men, by extension, are forced to spend time acting as if they too are buddies. Ferris takes this common occurrence and spins it on its head. As the couple prepares dinner, the husband begins to suggest ways in which they could spice up will almost assuredly be a boring dinner. The wife joins in on these often lewd jokes, and for a time, for a few pages at least, you start to believe that this couple is in sync. But as the evening progresses and the jokes start to feel less like humor and more like cries for help, it becomes clear that everything is not as it initially seemed.

There’s a certain irony to “The Dinner Party” that makes it such an effective title story, but it also sets up the thematic ties that end up linking the remaining ten stories together — the dissolution of relationships, and the ways in which we sometimes don’t see it until it’s too late. There’s also a healthy amount of (perhaps) well-meaning men unable to see that they are in fact a considerable factor for the desolation around them.

In “The Valetudinarian,” we meet Arty Groys, recent widower and retiree, who has absolutely no clue how to navigate his twilight years other than to make the people around him, namely his children and grandchildren, pity him. His favorite phrase, which he says often on the phone to his family — They don’t give you a manual, you know — accurately describes most of the desperately unaware and tragic characters who inhabit these stories.

The most stylistically playful of the bunch, “The Breeze,” sees Sarah and Jay attempting to figure out what to do on the last day of spring. It jumps through space and time, switching perspectives throughout. There’s an existential crisis at the heart of story, but it’s more subtle here. There’s still the threat of a relationship crumbling, but it’s more nuanced than many of the other stories. Less black and white, more shades of gray.

Ferris is one of the best young American novelists, and his sly, winking brand of humor is certainly present throughout The Dinner Party, but the range of the collection is rather constricted. The feeling that washes over you at the end of each story will likely mirror that of the last. Each one has great, sometimes even dazzling prose, making them fine achievements when considered by themselves. As a whole, however, you’re left longing for more, just as these characters do. 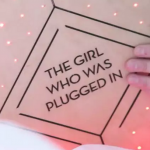 “Plugged in and Feeling the Fiction”

Steven Petite received his Bachelor of Arts in Creative Writing from Cleveland State University and is currently pursuing a Masters in Publishing Studies at Southeastern Louisiana University. His journalism has appeared in Playboy, Huffington Post, Crixeo, Ranker, New York Game Critics Circle, and others. His fiction has appeared in Cigale Literary Magazine. He can be reached at stevenpetite@gmail.com.
Previous Post"Gail" Next Post"The Blue Maverick Crew"

I’m always woken up by the sun baking my legs inside my duvet. We don’t have curtains in our bedroom, me and Alan, because Alan gets cold easily and likes how hot the sun feels through the glass.   Alan doesn’t work, because of his back, but I do. He always sleeps facing away from me and isn’t good at making eye contact with people. He’s big and round-shouldered and he stoops, his head hanging in front of his chest like he’s asleep or dead.   I normally skip breakfast and head straight to work. Alan will fry himself something in the kitchen while I do my makeup. I know the house will still smell like whatever he’s cooking by the time I get home.   I work in a call centre. We’re a sort of hired gun sales team, usually selling office supplies for different manufacturers.   When I talk, the words get clumped together in my mouth like chewed up food; they come out wrong and ugly. On the phone I am someone else, someone quick-witted and clear-spoken, like a newscaster.   We work quickly and without looking at each other, me and everyone else at their cubicles in rows and rows of pattering voices and the beetle-click