You won’t see the picture. It fell out of the box she carried from the house tonight. There’s a footprint on it. That should tell you something. Not a picture of a foot. You know what I’m saying. I don’t think that she turned around and stomped on it. Walking on top of it would have been enough for her. She’ll say it was an accident. She says that about a lot of things.

You won’t see the picture. As I said, it fell out of a box. She still has the others of us. The Tetons. Grand Canyon. Rafting the Upper Klamath. Disney World. A box load of pictures of when we were younger and laughing and she was the center of my universe. And of all of them, this one falls to the floor. Of when I am not so young. Or happy. Or going anywhere. Maybe this one was the last picture shot. From the happiness to not. In between were the years of You don’t understand me. And You don’t like my friends. And What is it that we have in common? And. Once, returning home after a night out she said, You don’t know who I am. I stared at her brown eyes the size of saucers and said nothing. I think she was high.

You get the picture. Did she purposely drop it for me to find? If so, what was the message? That she could move on without my baggage? That there was no room—in a box, no less!—for whatever it was that “I” brought to “us?” Maybe the picture fell when the door opened and a gust of wind took it. And she stepped on it by accident. Maybe that was it.

You won’t see the picture. But the one I wished she had left or dropped or given back was of the two of us walking in the rain. It was years ago and I don’t know who took it. The streetlamps had come on and the light that reflected up from the little pools of water on the bridge and from the river below made it look more like a painting. A Monet. The street looked like Paris. It wasn’t. I never took her there. It was taken near our home that she hated in a town that she loathed on our way to dinner at a charming tavern that she despised. I’ll go with you this time, she had said. She put her arm around me and looked surprised that the camera was there, that someone wanted to catch the moment. She was young and innocent and still capable then of clawing her way back—when she tried hard—to the reality that I cared deeply for her. She held me tight. Tight enough to leave a mark. Maybe she feared slipping into the abyss of hate that would soon swallow her.

Maybe it had been planted by then. A seed that I could not see growing. Is hate born of a seed? I asked her that once. Hate is just an accident she said. Much like love. I’m leaving she said, but didn’t. Then.

We went to counseling. Picture that. I looked at the therapist’s books and the photos on the wall. A young boy in a wheelchair. His wife (who I vaguely knew) in an evening gown. His daughter playing soccer. These are the images, he said from over my shoulder, that sustain me. He made us tea and said this: do not ever let the sun set on your anger. I said how does that work? She doesn’t come home. She said that I overreact. I said that you are good at running. And not so good at admitting hurt because that would mean that you actually cared.

I’d rather she’d left them in some large hall, a canyon perhaps. Or a church basement. A lost and found of unclaimed pictures. And printed neatly on their backs, like baseball cards, the player’s history in the majors. In life. You could pick out what attracts you and start over. Sort them out, the faces and feelings and performances, and take home what fit. The keepers. And later on maybe even trade one for a different card with more appeal.

There is a car outside. It’s been idling for some time. I go to the porch and she is standing at the curb.

I love you dad she says. I’ll clean up the mess later. 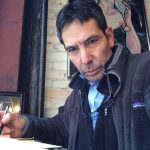 I think by the time you’ve reached middle age—unless you married your sweetheart in high school, and stayed mar
makiefsky 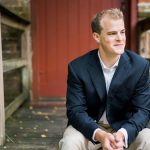 He was a kind man. A surfer, tall and thin. He made the most of every atom. The type of guy who would show up with a
pettygjk 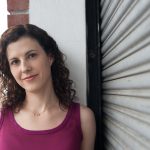 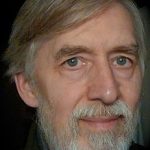 At a time when America was less violent and it was okay to live in the streets or forests, I crisscrossed the country on a motorcycle or  hitchhiked, working itinerant jobs such as picking cherries in Oregon or construction in California, marking snowmobile trails in Northern Michigan and some general news reporting there as well. Some of my articles or fiction have appeared or will appear in the Detroit Free Press, Traverse, the Magazine, Dunes Review, Thoughtful Dog, Brilliant Flash Fiction and Dreamers Magazine. A short story collection, "Fathers And Sons" was awarded publication by the Michigan Writers Cooperative Press in 2012.
Previous Post"Righteous Bliss" Next PostThe Story Behind the Story: "Pictures At An Exhibition"

Even after several weeks, Amos fell asleep in righteous bliss. He had struck back at them. A whole busload, over the guardrail, down the ravine. His memory glowed with the key discoveries—how to sabotage the brakes, how to get into the bus lot at night. Hacking the company’s computer to learn which bus to target was especially delicious. Figuring out the precise timing of everything was a work of genius, if he did think so himself. Yes, even if he could never bring off something like it again, he had satisfaction to last a lifetime. By utter coincidence, Amos had just gotten out of bed to use the bathroom when his motion lights came on. First, he looked at the clock. At 2:35 am, a deer must have wandered into his back yard. Next, he looked out. From his second-floor bedroom, he could see the entire yard, brightly lit. No deer, but a SWAT team in full armor—there must have been 20 or 25 of them—poured across his lawn. He thought of escape, but they were already running to surround the house. As soon as they closed their circle, they would break down the door. How? Amos could hardly collect his thoughts. He had