The poet and I have settled on the Smoking Porch of No Return when the gap-toothed, retired stripper from Gallipolis lumbers from behind all Frankenstein arms.

GOD I WANT TO GRAB YOUR ASS, she says.

You can say no, she says.

I look to the poet and that’s when I know I’m in trouble, looking to a poet for answers. Say "no," he says, stoically flicking cigarette ash over the fence because "no" is, so very obviously, the correct answer.

My bra strap has slipped again and I should probably slide it back in place. Instead the poet orders another round. He is a fussbudget, or a man of particular standards—depending on one’s mood—so when he says that I’m one of the few people he’ll really miss when he moves, that I’m one of his favorites, emotion seizes me and I lurch to squeeze his Keatsian frame. I weep. This is embarrassing because I’ve heard that the hot bartender’s nickname for me is “Foxy Lady” and crying blotches my face but too late.

The poet is thin but stronger than he looks and smells of cinnamon-spiced wet leaves. I want to tell the poet that I love him but I can’t, because we are separated by lack of romance. Instead we bromance, and for a woman I make a great bro. We play golf and poker and darts. We hang. We debate topics that carefully circumvent our emotions. I come over with bottles of Bourbon just because—not to mention, I have a great eye for attractive women. The problem, though, is I am not a bro and it’s last call, the final shot, time for everyone to decide where they are sleeping tonight.

Because if we got together it would have to be a relationship, he says.

I am respected. Which is the worst. But I will giggle for days over the look of abject terror on the poet’s ruffled owl face when I drive us home and swerve accidentally on purpose a few times at mailboxes but in the end I’m alone at home knowing that the reason I paused in my reply to the stripper was because it’s been a long time, longer than I like to remember, since anyone wanted, really wanted my ass like that. 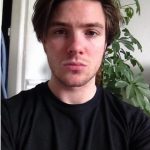 The Story Behind the Story: “Gail”

Gail was originally a
bobby_macpherson 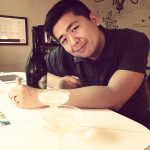 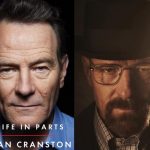 “Building a character is like building a house. Without a solid foundation, a base, you’re screwed. You
petite 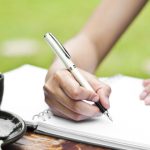 One of the most difficult, but essential, questions for beginning writers is this: how do I find my voice? Giving
cblake 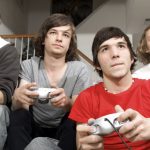 In today’s world, technology dominates the little free time that the average person has throughout the day. Whether i
petite

Kelly Kathleen Ferguson is the author of My Life as Laura: How I Searched for Laura Ingalls Wilder and Found Myself (Press 53). Her work has appeared in mental_floss magazine, Poets & Writers, The Gettysburg Review and New England Review, among other publications. She lives in Lafayette, Louisiana.
Previous Post"The Heavenly Language" Next PostAsk an Editor Series: Jim Hicks & Emily Wojcik

As the car whipped over the rise, his stomach came up in his throat and he saw his father’s accusing eyes on him in the rearview mirror. He tried to sink back as far as he could into the backseat next to his Aunt Earlena, older sister and younger brother. His father said he knew Tommy was saved, but he did have the Holy Spirit? His mother put her hand on his father’s shoulder as if to tell him not to be too hard on Tommy. If he did then he should be speaking in tongues. He’d been watching him from the pulpit when others were praying or otherwise in the spirit and he just stood there looking down at the tops of his shoes. Didn’t he feel the Spirit of God? If he was filled with the Spirit, then his father wanted to hear him speak in tongues, right now, this instant. They were on their way to Faith Chapel. He had to reach out to God in Faith. He didn’t know what to say. He wanted to speak in the heavenly language. He had grown up in church watching women and men with their hands held in the air