Images before the crash—the gravelly craters of the dirt road under headlights, like the moon’s ghastly laughter, or a bedroom ceiling’s milieu of sundials overhead; the paintbrush curve of the road ahead, a crumbly white on black canvass; the black and white external world contradicted by the green glow of the car stereo, still intact and stuck, now, on AM fuzz; breeze, on the car door’s sickly opening, the subliminal accompanist to the heart; clouds, passed out open-mouthed and limbs-asprawl across a surprisingly open sky, with enough room to avoid striking each other after violently rolling over and snoring; and the moon, that silly bastard, that dirty hobo, that crumpled wad of paper, that imploded curve of dirt road inscrutable and uncrossable—the images flashed in his face and were gone forever. He would never see them again.

The crash, nearly a minute of spinning and tumbling, was immediately collapsed into a one-second memory of self-abnegating terror. He lay sideways over the gear-shifter and emergency break, his head and right shoulder hovering over the passenger seat. The car’s roof and frame over the passenger window had crumpled like foil. Shattered glass lay on the seat and floorboards. Pain was present, but it was displaced—he thought he felt sore in the steering wheel, and shooting pains in the trees when bumped by the breeze, but he was confused. Blood dripped from—from where? From the sky? Had he tumbled to earth in his car and opened a wound in the atmosphere, torn a gash in the clouds? He attempted to sit up, put his hand to his forehead and felt glass and gravel mixed with wet, unfamiliar flaps, and it became slightly clearer what was happening.

Afterward, in the protracted experience of the day to day, the confusion yielded to a crusty familiarity of a real person hunched sideways in the driver’s seat of a car that had just spun twice, flipped, tumbled through the trough of a drainage ditch, and come to rest amidst sagebrush and wood posts wrapped in barbed wire. All four tires, half shredded, were on the ground. He sat upright and saw, through the wrinkled windshield, upright trees framed by grass, dirt and shattered glass on bottom, etherized clouds and a sagging forehead on top, and the sleepy shoulders of the car’s window frame, squeezing in on crushed ribs, on either side. He pulled the handle and the door punctured the outer air. For a brief moment he thought he felt the acceleration of the earth at millions of miles an hour, as if his childish balloon-death had punctured the lung of relativity and sent everyone back to the nineteenth century. I, I mean him—Joshua—Joshua immediately thought of the local anesthetic he’d had during an emergency appendicitis when he was 18, and in his frantic search for some meaning, obviously indirect and involving many steps, saw only the crumpled, abused dog that had been his car, the drunk, insane homeless grin of the moon overhead, and—and!, over his shoulder, such was the magical potion of the world that created familiar things through familiar formulas, a gas station and convenience store with a single lighted window and a quivering headlight, like a pulsar unwilling to yield to oblivion amidst the greens and reds of last breaths, like an eyeball unable to keep still from its sleepless panic, like a searchlight widening its terrain in its refusal to commit to a single reality.

The light’s movement steadied to the oncoming parabola of a person’s gait. Heavy-soled shoes shredded gravel in increasingly louder patches. The light at once moved less and enveloped more. Joshua, having regained himself and thereby his pain, winced, as if the light were revealing the underlying network of bone, tissue, and tendon that was woven together through nerves, and was therefore the sole cause of all his suffering.

“Lower the light,” he said to, he thought, no one.

It lowered. “Sorry, brother,” followed a voice; the requisite face was clouded by the residual glare of the flashlight. “Are you all right?”

“I don’t know.” The words came out of his body like music out of speakers after one hits play. Joshua did not recall, neither moments after speaking them nor years later, making the decision to speak. Words held forth from his mouth, and he had no say in the matter. “I think I need some help.”

“What do you need?” The man’s face, pieced together through strobe-like illuminations reflected off the car and through the brambles of shock, was heavy-eyebrowed, gaping-mouthed, strapped with an old-fashioned mustache and a series of hard-earned, well-worn creases and curves.

After a moment to turn his head and look again at the car, then at the gravel surrounding him, Joshua said, “No.” He looked toward the convenience store.

“You should probably sit tight. How about I go get help?”

Joshua took a few steps toward the store. “I need to go.”

“Whoa,” the man said, the flashlight beam doing erratic cartwheels in his abrupt attempt to stop Joshua from falling. “You sure you want to be doing that?”

“I need to go,” Joshua said again, his steps calculated and automatic on shaky and weak legs. “I can make it.”

They walked together, the old man’s flashlight pointed to the sky while bracing Joshua’s elbows with his hands, for the few minutes it took to get to the store.

Once inside, Joshua sat in a folding aluminum chair and concentrated on breathing. A piano seemed to clunk on his cerebrum, as if tuning itself, and resolved into bizarre chords. Do you hear it? The old man, now illuminated by crackling fluorescents, did not respond, as if no words were present. Perhaps he had been the subject of speech. But Joshua heard no words. No words forthcame? No sound was forthcoming. The piano was elsewhere. “Where…” did the piano go, he said. Still no response.

He tried to focus on the dull pain of the surrounding objects: a slapdash series of retail shelves, arranged as if by a troll with thumbs too big and awkward to fit carefully inside the doll house of the store; tiled flooring, alternating black and hash marked-white, its detumescence darkening aggressively down the narrow alleys to the front of the store; the soft, gymnasium-floor appearance of the ceiling tiles, stained yellow and marked with speaker holes, overhead; the windows which, blinded by the outer darkness, reflected the tiled floors into a chessboard, and the ceiling into an auditorium’s false sky, and the shelves into regiments, columns, a haphazard platoon shot through with casualties and age, and the front entrance into a distant, sinister doorway through which he could not have imagined entering, and through which he would never desire to pass again, for fear of the clumsy-thumbed troll decapitating chess pieces made out of his dead relatives on the other side.

“I think you ought to stay here till they arrive,” the old man’s voice came through.

He nodded, as if that was a normal and reasonable thing to say. “Do you have a telephone?”

The man’s face, worn into a cask, fired in a kiln, beheld as godly by the Greeks thousands of years ago, drooped in ascent, and said, “What do you need it for?”

“That’s been taken care of.”

“Other stuff,” Joshua said, sitting up, breathing in, hands on his thighs. “I need to say goodbye.”

“Yes.”
“Just a second.” The old man disappeared behind one of the shelves, his lazy gait betrayed by the impropriety of his shoulders and the desperation of his knees. Joshua leaned back. He regained the ceiling tiles, tried to pry a bishop through their greasy swamp. Images waned. The world was at once enormous and tiny, like a rock in the distance contained in the windshield through which it would smash, large as a house, in some moment. 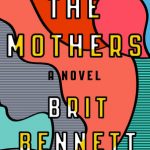 Each year is typically filled with a smattering of good debut novels, a handful or two
petite

Caleb Murray is from Montana and currently lives in Portland, Oregon, where he works as a kitchen manager. He is a graduate of Linfield College. He has previously published fiction in Cleaver Magazine, and is currently at work on his first novel, “Cup of Oblivion.”
Previous Post"A Trail of No" Next PostWhy I Write: Angie Pelekidis

I like to tell my students about the worst rejection notice I ever received. I mailed a batch of poems to a west coast magazine; my self-addressed stamped envelope came back months later and I promptly opened it. Written across the top poem in red magic marker, in bold letters, was the message: THIS IS SHIT. I don’t tell them this story to frighten them, though it does. I tell them this story to model an attitude creative writers (and all artists, for that matter) must have if they are to survive: perseverance. Most writers experience rejection frequently. It’s a state of being. What matters is how people react to this rejection and what they learn from it. In some respects, one might think of writers as people with the mandate to grow and persist against a barrage of messages that tell them they are not worthy. There is a constant flow of information coming in from outside that says, “You’re really not talented enough,” and yet, they must conjure up the fortitude to continue. The best advice I’ve heard about this process is to separate the creative-self from the business-self in writing. Treat the submission process in a business-like manner,