—Come down, my wife says.

She’s at the window of our son’s room. I climb above the window and straddle the gable so that she can’t see me. She will not come onto the roof. We’re two floors up and she’s afraid of heights.

—I don’t understand this behavior, she says.

—Why, because you’ve explained it to me before?

—You can’t accuse me of not listening to you, she says. —I’ve heard every word but it still doesn’t make any sense to me.

—Then you must not have been listening. But now is when you ask me to come inside so we can talk this out like adults.

—Yes, please, why don’t you? Come inside and let’s talk this out like adults.

Neighbors stand in the yard below. Some I don’t recognize. Others I know only by sight. Ted from next door.

—You see the men’s finals last night? I call to Ted. —That was some match.

—How about you come down and we’ll go for a beer? he calls back.

A man on the roof of his own house isn’t so unusual. For all anyone knew I could have been taking a break from cleaning bird crap off the satellite dish. I doubt neighbors would be in the yard if my wife wasn’t making such a scene.

—Kevin will be home soon, she says from the window. —It’s not good for him to see you like this.

—He’s seen it before.

—But aren’t you hot? I brought water.

The sun is relentless and I should have worn a hat. But I’m not climbing down to get water.

—I didn’t call them, my wife says when a police car turns onto our street, its roof lights flashing and siren quiet.

It stops in front of the house and Sergeants Ward and Ferrier step out onto the lawn. Next door neighbor Ted, cellphone in hand, talks with them.

—Having one of those days? Sergeant Ferrier calls up to me.

—We really have to go through all this? Sergeant Ward yells.

—Nothing for you guys to worry about, I tell them. —I’m sure you have more important things to do. Thanks for checking in, but you can go.

—You know we can’t do that.

I cover my ears as a fire truck with hysterical siren comes careening into view and stops in front of the house. The siren cuts to silence and four firefighters hop out of the truck. I know three of them.

The unfamiliar firefighter confers with Sergeants Ward and Ferrier, then addresses me through an unnecessary bullhorn.

—MR. L—? THIS IS CAPTAIN LONG OF STATION FIFTY-SIX SPEAKING. YOU’VE GOT A LOT OF PEOPLE DOWN HERE WORRIED FOR YOUR SAFETY.

—Anyone sets foot on this roof, I’ll jump!

The fire truck ladder rises to meet me.

—If that ladder so much as touches a rain gutter … ! I yell.

But the ladder doesn’t touch the rain gutter. It rises at a sixty-degree angle into the air, about ten yards from where I sit. It doesn’t touch any part of the house.

Firefighter Mike climbs up to talk with me. He stands at his leisure, with an arm hooked around one of the ladder’s vertical supports.

—Becoming a regular stunt guy, aren’t you? he says.

—You should be putting out fires.

We go through the usual back and forth required for the situation. Whatever the problem, he says, it isn’t worth this. There has to be a better solution, he says. I should think of my wife and son, he says. I don’t hold it against him that he speaks in clichés. I think he believes in them.

I can see the annoyance in my son’s face from half a block away. No doubt he wants to turn around and pedal off to hide, but it’s too late. Sergeant Ward calls to him. He dumps his bike in the yard, makes a show of ignoring the neighbors, and lets the police sergeants and Captain Long talk at him.

Mike slides down the ladder and Kevin climbs up in his place. It surprises me that they allow him on the ladder alone.

—Look who’s talking. I’m supposed to … like, I mean … you know, I thought we were gonna play in the father-son doubles tournament.

—That’s what you said last year.

—Are you on drugs, Kevin?

—I smoke pot once in a while.

I nod, proud of his honesty.

—What do you want? my wife says from the window. —How can we get past this? I love you. How can we—

—Then jump! she yells angrily. —Get it over with! JUMP ALREADY!

So I push off from the roof, and before hitting the ground, I take in Kevin’s expression, which is that of a teenager bored with the shenanigans of his stupid parents. I take in the neighbors’ cries and the blanched green of the under-watered lawn. I might break an arm or a leg again, I might break both legs or my pelvis, but as physical trauma always does, it will put things in perspective. I’ll live. 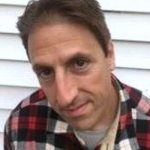 “Sadie Says We Have To Leave”

Sadie says we have to leave, take off, get the fuck out, to somewhere, anywhere, the beach maybe. “We just have to l
petestavros

Eric has spent ten-percent of his life as a ghostwriter, in between publishing two kids' books: Welfy Q. Deederhoth: Meat Purveyor, World Savior, for whimsical readers nine and up; and The Adventures of Erasmus Twiddle: Grmkville's Famous & Talented Not-Detective, courtesy of Simon & Schuster Books for Young Readers. Welfy Q. won a 2014 Mom's Choice award. Originally from New York City, Eric now lives in Los Angeles, where he pens fiction and provides writing and editing services to publishing and marketing clients.
Previous Post"Journey into Your Third Century" Next Post"A Glimpse"

"Journey into Your Third Century"

(For Grandfather Johnny Igoe, 1852-1945, from Elphin, Roscommon) You’re near seventy years underground, voice hanging yet in treble and pitch, so much of Yeats on record talking of Innisfree or old marble heads. The poems you read, summer-way, porched with the moon, liquid, turf-cut, spaded, black-buttered with promise, besieged, sent out on Ireland’s black ships, are just alive as you, freed from the holds of dread crossings, fed to the fish or buried in the new land, the escape complete from turnips, potatoes, drought. The hunger there is hungered here, the throat dry and impulsive down past recognition, the ache as sure as echoes when seals call across harbors heralding. I’ve lost you so many times, let you slip into the bare consciousness of February or September days, my skin more at reading than eyes, forgetting the phenomenon of your voyage – Ten, alone, family-sanctioned to be the first of its Irish sailors, cast out by rude vegetables, economy; you must have pained at the coming, a scout ahead of the horde. Here you sank a pick in hardpan, poured your brow into great red, neckerchiefs, laid a railroad, a canal, built someone’s empire in Manhattan, thrust nine children into Massachusetts. A thousand times I’ve walked the ground you walked on, trod your rounds,