To my kids I’m telling piles of lies: That the Abyssinians peed in the burial urns of their ancestors; that Columbus had a twin sister; something fantastic about Kurdish trade routes. I’m talking because I want to make things up. None of this matters, anyway, not in the long run.

I urge them to just listen, and not to take notes in what would’ve been gnarled cursive and elaborately incorrect spelling anyway. No paper trail, no parent emails.

They are eight, some of them nine. It’s an English class but sure, let’s cover the prohibition of peanuts in 17th century southern England, the salt water hot springs near Everest base camp.

The girls are tall, like vines growing straight up a trellis. The boys are little. In three years they will shoot up and sprout, but for now this is the balance. Girls up high, always looking down; boys stupid and small and unimpressed and squat and selfish and eager and sweet and messy, and thankfully writing none of this shit down in their notebooks.

After it happened people told me what they believed were caring, sympathetic things: “You loved him, hold on to that,” and, “No matter what you’re going to get through this.” Maybe they weren’t always the right things, but they were trying. Except for one who said to me, at the end of a conversation by the subway entry, “In the big picture, this will be just a tiny memory.”

But what kind of picture is there, in the future or right now? Isn’t there only one kind, always the same size, and right in front of us, all the time, forever?

How about this, kids: radio frequencies can be toxic to some jungle animals; my parents used chocolate frosting to grout the tile in their upstairs bathroom; there are three subterranean levels at the Taj Mahal.

Years ago I was a deliveryman. A delivery boy. I dropped flowers on people’s doorsteps and in the meanwhile, which was most of the time, listened to classic rock radio, a cigarette dangling out the window.

I delivered beautiful things, every single day I worked. This was in high school, 10 years ago at least, or on college breaks, whenever I needed a few hundred dollars. After his last class I’d pick my brother up from high school and take him with me until clocking out. We’d drive and listen, comment on license plates, air drum, tell jokes, stop for chips and soda.

Now I’m standing still, reciting: “Vacuous, Untenable, Tenacity, Vanity,” and bringing nothing beautiful into the world. I’m looking out at children, all talking, all alive.

Please supply each definition with its corresponding word from the word bank:
a. Something that makes one feel comfort
b. To lessen the intensity
c. A state of complete emptiness
d. To stop doing something completely

Note the symbolism here, everybody. Go over these again later, after the quiz in a few days, slowly, and note the literal meaning of these motherfucking vocabulary words.

Overhead, in a type of oversized counseling room, on a floor above the ER, hung a mobile of baby elephants, all different colors, some spotted like lions, others zebra striped, splatter painted, a few in neutral pastels. They twirled and twirled and twirled the whole time, slowly, as I listened and cried and stared, blankly, at my palms, the wall, the floor, the elephants.

“How do people experience pain?” I ask the class. “How do they react to being attacked by another?”

I don’t wait for answers, instead giving them what I feel, what I know: “They revolt, they riot, they turn inward, they dish out blame, they cry, they brick windows, they hate others, they hate themselves.”

This is in reference to a protest in the Midwest, and to the Greek tragedy of Antigone. I tie them together, so for about 45 minutes, yeah, I’m doing my job.

Then I feed them some more lies, a kind of year-end syllabus greatest hits, with no real thread: Aristotle invented what would eventually become baseball; Harper Lee wrote eight versions of her book, all in longhand; Shakespeare is believed to have been a woman, or possibly transgender.

By the time he was found, in the ravine behind the post office, it was, of course, too late. Just like on television: too late. He was 17. This was November. It is now January. He was lying beside a stream, I was told.

Beside the stream, my brother was:
a. Lying
b. Laying

The woman who took care of him in the emergency room was named Darlene, in her late 40’s, very tall, almost unbelievably so, medically so. After, she offered us nothing sympathetic, only facts about prolonged use, injection marks, opioid receptors, edema. Consolation was not part of her job, just information. In the long run, I imagine I will be grateful she gave me some truth.

We left the hospital and the next day, or a week later, what does it matter, I got to see the principal. I saw first his assistant, Miss Pickering.

She asked if I “knew why I was being brought in.” I thought, No, ignore the glaring tense problems.

“I have an idea, yes,” I said. It felt just like a traffic stop.

“Well good,” Miss Pickering said, and before she could say more, the Principal, Sandersson, came in. His cheeks looked flushed, smudged with neutral pastels. It was a hot day; maybe that was the reason. Or he was nervous; it was third-grade watercolors; he’d fainted and just come to; it was part of a clown get up.

I knew exactly were this was headed but I thought, Let somebody else not know what to say for a goddamn second.

There was a family, two of us, and then there wasn’t. I lie to control the narrative, take my mind off the subtraction problem. I’m not a math teacher and I have no idea how to handle this. 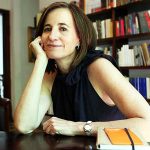 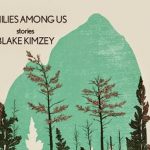 Matt Liebowitz studied creative writing at Boston University and Skidmore College, where he worked with Steven Millhauser. His stories have been published in Fiction Southeast, 236, Crack the Spine, All the Sins, Santa Ana River Review, and elsewhere. Matt teaches English, creative writing, and journalism in Western Massachusetts.
Previous Post"Igniting Your Writing Core" Next Post"Even Toy Swords"

Sometimes our writing creativity can blaze up like a bonfire and other times it can sputter like a weak campfire. It may wane, flicker at times, diminish to an ember, but it never goes out. You can build a little tent of twigs to get it going and light them with tenderness. You can fan the fire into jumping flames and watch with awe. Or you can shelter the flames into a steady, quiet glow that warms your every effort. The Requirements of Our Writing Core of Creativity I think of our writing creativity as a core, a center of our desire and motivation. We all have a writing core, gleaming warmly under all our daily chores and duties. If you feel you don't have one, you do. If you feel you haven't written enough to deserve one, you qualify anyway. Our writing core doesn't care how much or what we write—poetry, political sagas, publicity releases, or plumbing manuals. It doesn't screen, dictate guidelines, require a resume, or demand membership dues. It never asks hard questions like what we published, what awards we’ve won, or what we've earned this year from writing. Just What Is Our Writing Core? Wherever you are—right now—you can find your writing