“Building a character is like building a house. Without a solid foundation, a base, you’re screwed. You’re going to collapse. An actor needs a core quality or essence for a character. Everything rises from there,” Bryan Cranston writes in his new memoir, A Life in Parts. This particular section concerns Cranston’s most recognizable act, the portrayal of Walter White on Breaking Bad, and how he initially struggled to discover the man who would become everyone’s favorite hero, Walter White—and everyone’s favorite anti-hero, Heisenberg. Some may argue with the moniker just associated with the high school teacher turned murderous drug kingpin, but as Cranston so aptly displays in his memoir, life is more so defined in series of grays than it is black and white.

Bryan Cranston has joined the litany of actors turned memoirists with this sprawling, yet brisk, chronology of the most defining and influential portions of his life, as determined by the man himself. While many books by celebrities are only interesting to read as a fan of said celebrity, Cranston’s memoir should reach a much wider audience than just his most fervent Breaking Bad fanbase. This is a meditation on the life of an actor as much as it is an examination of man.

Starting with a play-by-play of the toughest scene for him on Breaking Bad, Cranston, in one fell swoop, provides intimate access into the process of portraying a cultural touchstone while telling another, more significant story: Bryan Cranston, the man behind the mask.

Composed in short bursts of story, Cranston plays with time and chronology as he dissects the most causing aspects of his origin story. From his birth in Hollywood to the at times tumultuous upbringing that never seemed to provide steadiness for young Bryan and his two siblings. He talks of early jobs: his time as a delivery boy of a newspaper no one wanted (a clever con-game by the proprietors), his flirtation with pursuing a career in law, his brief tenure at a Polynesian restaurant. The latter two allow Cranston to pull back the veil, where he describes losing his virginity to a prostitute in Europe, and how him and his older brother, Kyle, were briefly murder suspects.

He doesn’t hold back at all, particularly when describing his relationship with his father (a fledgling show business man himself), his failed first marriage, and the time when he was stalked by an ex-girlfriend that he couldn’t break free from.

But of course, the centerpiece of most interest for readers is likely his rise as an actor. Cranston is unique in that he didn’t become a star until his fifties when he shaved his head and embodied the titular role in one of the most celebrated television dramas of all time. Before that, he was best known for playing the lovable and quirky father, Hal, on Malcolm in the Middle for seven seasons. Much of his acting career, like many actors, was spent in character roles on popular television shows such as The X-files, Baywatch, Seinfeld, The King of Queens, and many others, as well as smaller roles on the silver screen.

In these pages, Cranston artfully describes his rise to prominence, and his deep desires to be an actor. He never sought out fame, he merely wanted to be a working actor. This is a man who loves his work, and takes it upon himself to care heartily, no matter the project. He once lied about knowing how to rappel in order to get an audition for a commercial. He then took lessons before the casting to the land the job. Even after his defining role on Breaking Bad, he continued to take risks. For the stage play, All the Way, he studied his part as Lyndon B. Johnson with such dedication that he would fall asleep at night with the script propped atop his belly. He feared that he would fail on stage, but his tireless work ethic outmatched his anxieties.

Throughout it all, Cranston has remained humble. He chronicles the divide between fame and family life in one passage by commenting on winning an Emmy and then returning home to take out a putrid garbage bag to the curb. He is a loving husband and father, and he makes it clear that his family has always, and will always come first.

And yes, he provides an inside look at the challenges and joys of being a part of Breaking Bad. Most impressively, he touches on all aspects of the show, from the leading roles to the production assistants and camera crews. Never does it feel as if the fame and fortune has gone to his head.

A Life in Parts should be required reading for not just aspiring actors, but for artists of all mediums. He’s not afraid to let you in for his low moments as well as his high accomplishments. With conversational prose, and a knack for speaking between the delicate balance of the heart and mind, Cranston has crafted a sterling account of a life that brims vibrantly. When reading, you feel as if he is right there sitting beside you on the couch. Bryan Cranston’s A Life in Parts is one of the best memoirs in recent memory. 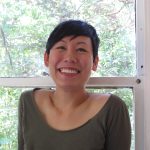 Mother cannot bear to throw out books donated to the library under her watch. Stored in our attic, dozens of boxes
nancyau 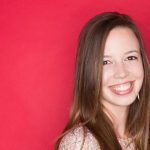 I once believed my father was a tree. At first he was a man; his gun rested on the carpet where we found him. It
aktommy26 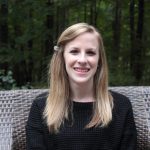 Steven Petite received his Bachelor of Arts in Creative Writing from Cleveland State University and is currently pursuing a Masters in Publishing Studies at Southeastern Louisiana University. His journalism has appeared in Playboy, Huffington Post, Crixeo, Ranker, New York Game Critics Circle, and others. His fiction has appeared in Cigale Literary Magazine. He can be reached at stevenpetite@gmail.com.
Previous Post“Backgammon on the Brain: Jonathan Lethem’s A Gambler’s Anatomy Review” Next Post"The Butcher's Vines"

In a recent New Yorker interview discussing his story, “A Gentleman’s Game,” Jonathan Lethem discusses his fascination with one of the oldest board games around, backgammon: “Backgammon came to seem miraculous to me in the proliferating ways it signified for the book. There’s something funny about backgammon, and embarrassing, in a seventies Hugh-Hefner-life-style sort of way. It reads as fake-luxurious, and most of us have or have seen a backgammon set rotting away in a suburban den or TV room somewhere.” The story is an excerpt from his latest novel, A Gambler’s Anatomy, largely set around the game that Lethem describes as “fake-luxurious.” Most books about gamblers revolve around poker, but Lethem saw that as too ubiquitous in culture, and perhaps too capable of being heavily scrutinized and dismissed as just another story about a down-on-his-luck man gambling his troubles away. Thankfully, throughout his genre-defying career as a writer, Lethem has strode away from anything but ordinary. His books have been homages to the misfits and outliers, to the fringes of society that are too often untapped in modern fiction. He blends the surreal and real, and occasionally tosses in elements of science fiction, noir, and fantasy into the fold. A Gambler’s Anatomy, for