If a flash has been workshopped, it has become accustomed to unique attention—that of a handful of writers giving it their carefulest, closest reading. It might be one of two or three other flashes being read. Or maybe it’s the only one! Imagine that.  Imagine how much care it receives, how much “stakes” is already built into that moment: the suggestions and feedback are going to make or break this flash. It’s an exciting time, yes?

Flash forward to when I get it. It’s one of many flashes being read—one of dozens or maybe hundreds or (oh my!) thousands. And I’m reading one after another, thousands of unpublished flashes every year, as I’ve done year after year, for about ten years now. Poor little flash! So many of them seem unprepared for that leap to anonymity.

Maybe a journal has three, four, six slots. Say five hundred flashes are competing for five slots. Say some of these flashes were solicited. Say some are resubmits after asked-for revisions have been made. Say some of these flashes are from authors the editors know or previously published. Say that wee little flash comes up in the queue to be read.  Three slots remain. There have been hundreds, thousands of flashes before this one. And this flash has to make me love it enough to say “no” to all those others.

Given this experience as a reader, I’m always completely amazed and thrilled when a piece of mine gets accepted. It’s a wonder—isn’t it?—that someone loved it enough to be willing to say not only that one “yes” but those dozens, hundreds, and/or thousand “no thank yous” or “we decided to pass” or “it’s not part of an emerging mix” or “we just published a story about an agoraphobic goat farmer or yours surely would’ve received a YES.”

I know. I know. What can a flash do to get the yes? Of course that’s the real question, the only one that matters. Here is the secret. Are you ready for it? Craft is not the answer. Everyone has mastered craft. Everyone uses “said” instead of “chortled.” Everyone begins in the middle of things. Everyone limits adverbs and adjectives. They all give character’s names. They all write with specific, vivid details. All those hundreds and thousands of flashes lined up among yours all—with a few exceptions—all use a 12-point, easy-to-read font. They know the same things you know. Everyone knows that narrative has an inciting incident that incites a desire & need for action that is thwarted, over and over, until there is some resolution.

Yes, you need to know craft or you make it easy for the readers to say “nah.” But there are so many MFA programs, workshops, conferences, articles, books, online groups. So many stories flashing their craft. So yes, craft is a must-have, but it isn’t THE answer.

The answer is…content, content, content! You are writing a flash for someone who has read literally thousands and thousands of them. So many of them were chock-full of craft—and so few of them had surprising, engaging, new, defamaliarized, fresh content. So many of the flashes seemed to say, “You should care about this story because I wrote it.” And that is why those in the workshop cared about it before you even wrote it, yes?

But now, as it moves away from its family and into the big world, that wee little flash doesn’t have that same support system behind it. It’s very sad. I wish it weren’t true that I don’t care about a flash before I read it, that I have to be made to care.  But there it is. You have to make a reader care, not any reader, but a reader who has likely read a whole, whole lot of flash.

Now, if I told you how to do that, well, then everyone would be doing it, yes? And then it wouldn’t be so new and engaging anymore. Imagine telling the story part of your flash to a total stranger. Why would this person care? Why wouldn’t the person, at the end of your story, say “So what?” Here is a little something I can tell you, though.

In ‘They Say/I Say’: The Moves that Matter in Academic Writing, Cathy Birkenstein and Gerald Graff argue that academic writing derives its purpose from responding to an already ongoing conversation about a topic. By responding in some way to what “they say,” a writer creates the paper’s reason for existing; and the writing continues to engage readers by giving the readers interesting, fresh, insightful “takes” on that topic. In short, Birkenstein and Graff argue that you need to read first—before writing—to understand your writing’s place in a debate that most likely has been raging on for decades or centuries.

So it is with your flash’s entering the world of the literary community through a submissions manager. Is it aware of all those flashes that preceded it, along side it, following it? If not, I suggest gaining access not only to published flash fiction but also unpublished flash. Join an online writing community. Find blogs with authors who publish their own flashes. Become a reader for a flash-oriented journal. Attend a workshop.

Also, find a published (online or print) issue of a flash-oriented journal and put your story among these pieces that received a “yes.” Imagine the reading queue with these stories coming up for a reader’s consideration. Why do you think they received that yes? What did they do to make that total stranger care? Why would someone have that same love for your flash among these others?

Most readers hope to fall in love with that flash. Really, they do. You just need to give them a reason to do so. 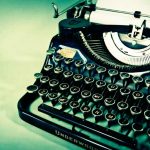 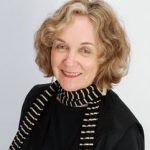 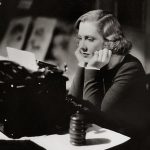 Randall Brown is the author of the award-winning collection Mad to Live, his essay on (very) short fiction appears in The Rose Metal Press Field Guide to Writing Flash Fiction, and he appears in the Norton Anthology of Hint Fiction. He blogs regularly at FlashFiction.Net and has been published widely, both online and in print. He is also the founder and managing editor of Matter Press and its Journal of Compressed Creative Arts. He received his MFA from Vermont College and teaches at the MFA in Creative Program at Rosemont College.
Previous Post"Snowbirds" Next PostAsk an Agent Series: Kimberley Cameron

It was cold that night but it was the wind that bit. The wind and the wetness that would sneak into your socks despite waterproof boots. I could smell the snow and the cold and could feel my nose hairs freeze and threaten a sneeze every time I breathed in and I burrowed deeper into my coat and scarf. I felt like an old fashioned sailor in some artic port. I don’t know why. Perhaps because the St. Lawrence River sends sea smells throughout the city or maybe it was just my general love of the sea. Perhaps it was just the beer sending odd and rambling thoughts through my mind. We opened the door to the bar and stood a moment to let our eyes get used to the grimy light and to kick the snow from our boots and I noticed again that one of my socks was wet and I knew it would spread to my boot and it wouldn’t be dry till morning. We sat at the bar and ordered our beer. Never as good as a whiskey on such a cold night but good and sweet all the same and it didn’t cost so much. We