They never found the body. How could they? She was all scream. Sonic, he called her, and she sped off running through the yard in untied purple and white sneakers. Sonic, said the neighbor again, as though he could name her, too, as though the video game he’d lured her over to play was actually a pet name for her or some joke between them.

She ran so fast she had to spit to keep breathing. Her mother, she thought, was calling her real name. I should turn around. No, thank you. It’s easier—hide and seek—with no body. A game she can win. I’m a real gingerbread boy, she thought. It was raining. The rain was wet and cold and sliding down the dirty locked car she was hiding behind, soaking through her jeans until her thighs, knees, even her shins were wet with rain.

When she did go back home, her shoelaces were heavy with mud and trailing behind her, teasing her: Tie your shoes, why don’t you? Silly girl, you’ll trip. Inside, she took a ballpoint pen to the inside of her thigh, just to see what would happen. That’s ugly, she thought, I’m so sorry.

She’s an adult now. She still has neighbors, but they call her whatever she tells them her name is, and she screens them at the door. A screen door. You could come in, she says, but don’t.

Now she is old, maybe eleven or twelve years away from being ancient. She is funny, sometimes sardonic. She regularly stops smoking. Her body is hers—wrinkly and arthritic, round, plodding, and, most importantly, unrecognizable. Friends come over. She goes to see them, too. On the beige carpet in front of the big TV, a grandchild plays Sonic. The blue hedgehog, the game of it, those sneakers, the incessant music.

“Why not?!” She prepares to insist, make the child turn off the game, go outside and play, choreograph something, finish that puzzle you started, clean up lunch! But then, the body is gone again and for a moment the scream is gone, too. She disappears, lets the child play. 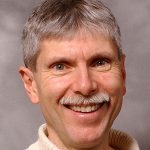 I race across the dark sand toward the distant sound of surf.  It is not yet dawn, and today I’m after a ju
martin

Annie Mountcastle has an MFA in Creative Writing from Hollins University. She lives in Durham, North Carolina where she works in marketing and development at Durham County Library. She won The Greensboro Review's 2012 Robert Watson Literary Prize in Fiction. Her work has also appeared in Oxford Magazine and Rattle, and she was a top-25 finalist in Glimmer Train’s January 2015 Very Short Fiction Contest and their November/December 2018 Family Matters Contest. She received a 2018 Ella Fountain Pratt Emerging Artist Grant from the Durham Arts Council with support from the North Carolina Arts Council, a division of the Department of Natural & Cultural Resources, which made the project published here possible.
Previous Post"My Father" Next Post"Family On Fire"

My father never smiled or laughed. No greeting as I came home from school, just continued cutting or watering the lawn, trimming the hedges; Didn’t smile at me nor my sisters, only his eldest daughter, the quiet, dignified lady, who fed me toast and butter while her son ate steak. Only once he smiled, smiled with pride, when as a young, trim, tanned, handsome youth, I stepped off the old tub that brought me to the island of his birth: volcanic, twisted, burnished mountains, descending to clear blue Mediterranean waters, fragrant jasmine, endless pine groves, firm full breasted, comely, berry brown women, balancing huge pitchers on their braded heads, smelling of night, and love, and dreams. For two weeks my father and I walked arm in arm over the cobble-stoned, horse dunged streets; armies of cousins, aunts, uncles, hugged, kissed and laughed. Back again in America: no smiles, no arm in arm walks, just the watered lawn, and trimmed hedges.