ex•pect verb. 1. to assume: a. when a mother expects that her daughter is pregnant because her belt is twisted from lying down next to a boy she hasn’t even sucked and she’s digging on those crunchwrap supremes. b. everyone expects him to come out of the closet soon because of the smiley face excess he uses during texts. 2. to place on a pedestal: a. she expects roses on their anniversary, just like she expects him to remember her birthday but they don’t expect to last a year or expect him to stop smoking weed. b. you don’t expect to have cats instead of a husband. c. you don’t expect to run into a telephone pole with an Astrovan, just like you don’t expect your friend in the passenger seat to survive without injury. 3. search for something greater: I expect to move out of Michigan and expect to find somewhere for me. I don’t expect it to be perfect, but everyone expects something of me and my Myers-Briggs personality is known for setting high expectations that can’t be met. For ex•pect•a•tion, see fail•ure. 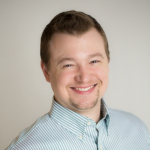 Two boys walk across a forgotten field towards a lone apple tree. The tree stands so wide and tall it can be
bhsvendsen 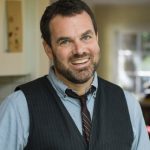 The Story Behind the Story: “Infamy”

In this segment of The Story Behind the Story, Grant Faulkner talks about what motivated him to write “
grantfaulkner 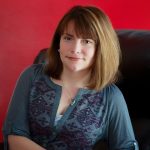 Small enough to fit in the palm of your hand, Ladies and Gentlemen! Peas in pods! Living dolls! The
meacham

Becca Hawk is a writer and illustrator based out of Michigan and Arkansas (yes, both). Her work can most recently be found in Cahoodaloodaling, Juked (web), and Festival Writer. More at beccahawk.com.
Previous Post"How To Restring a Guitar" Next Post"Sharing a Smoke after Work"

"How To Restring a Guitar"

There was a red-bearded man on the airplane playing a guitar. His hips were gyrating in the seat which later caused a female passenger to wake up heatedly from a dream. I sat warily in the seat next to him. He eyed me and thanked me for not being fat. At first I felt offended, then relieved. Maybe the yoga and the evening cardio was paying off. Let’s hope the third seat is empty or that they aren’t fat, cause they always are, he said. A lovely Georgian woman accidentally dropped her suitcase on his head. She giggled sheepishly but her apology was never heard. She sat in the seat next to me. She is not fat. The red-bearded man smiled at me knowingly. This flight wouldn’t be uncomfortable. The plane lifts off and a trance overwhelms the woman’s golden face. She prays that the flight will glide peacefully and whisks out two books. One is about physics and the other was written by Frederick Nietzsche. The man nods considerately at her choices and asks if he can play us a song. He takes out his guitar and sings a song that could play in the background of a forbidden and