It seems like every four or five years a novel comes around that is small in page count and physical size that somehow ends up feeling as expansive and weighty as the “big novels”—the bravado exuding doorstoppers. In 2006 we took a long walk down The Road with Cormac McCarthy. McCarthy was awarded a long overdue Pulitzer Prize for his memorable tale of a father and son struggling to survive after the world itself had seemed to end. In 2011 Julian Barnes chronicled a different sort of survival story in The Sense of an Ending. For his effort, Barnes took home the Man Booker Prize. And now, in 2016, Paulette Jiles has crafted a short novel that, before its publication date of October 4th, has been longlisted for the National Book Award. News of the World faces stiff competition for the honor, but after turning its final page, I wouldn’t be surprised in the slightest if Jiles is a National Book Award winner come November 16th.

Set in Texas on the heels of the Civil War, Jiles introduces readers to Captain Jefferson Kyle Kidd. A man in his early seventies, the Captain fought in the War of 1812 at the age of sixteen. He fought in conflicts along the Mexican border, eventually found a wife, started a family, and lived to an age that many men he knew would’ve never imagined reaching.

In one of the more interesting plot points in a work of historical fiction taking place around the Civil War, the Captain now makes a living reading newspapers and periodicals to audiences across Texas. He reads from local papers, union papers, and international papers. While this concept of reading news on stage to a crowd may sound peculiar to the modern reader, it was in fact a well-known and well-attended event in the mid to late nineteenth century. Many in the audiences were literate, but the company, the joint reactions induced from the news across the lands, proved to be an alluring show. I suppose the modern equivalent is knowing that millions of people are looking at twitter trends at the same time, but it is certainly not as romantic.

During these turbulent times following the war, the Captain must strategically plan his readings. He wants to interest the audience, but he doesn’t want them to rebel in outrage. Before each reading, he maps out what he is going to say, and is careful to always lead with a bang, and end with a story that simmers out.

Although there is money to be made from his readings, it is unpredictable, so when he meets a young girl, Johanna, recently rescued from a Kiowa tribe, he agrees to take her back to her hometown for a handsome fee. When Johanna was six, a Kiowa tribe slaughtered her parents and took her into captivity where she remained for four years. The Captain is tasked to bring her into the care of her aunt and uncle.

The setup is not all that different from other “road” novels including the aforementioned modern classic by McCarthy. Where Jiles breaks free from tradition is with her unconventional characters. Captain Kidd is far too old for the journey from Wichita Falls all the way down to the outskirts of San Antonio, and Johanna is not accustomed to being back outside of Native American culture and practices. The dusty roads and battered postwar towns are dangerous for a young man, let alone an elderly, tired newspaper reader and a frightful little girl.

Over the course of two hundred pages, Captain Kidd and Johanna develop a bound that, while somewhat expected, is incredibly endearing. The Captain has been without his family during the war, and Johanna is his means of reconnecting with humanity in a way that words on a printed page are sometimes incapable of—even when he has stacks and stacks of news from across America and beyond.

They are tested by hard conditions and nefarious individuals, but over the course of their travels, the bond that links their radically different lives is strengthened in both expected and unexpected ways. Jiles dives into the history of captivity among Native American tribes with her depiction of Johanna. After four years, Johanna has completely abandoned the European American style of living, mannerisms, and even her speech, which she relearns slowly during their southbound gallop.

The plot alone is engrossing enough to keep readers going, but the most impressive aspect of News of the World is in its style and language. Like The Road, News of the World abandons quotation marks for dialogue—a choice that can fail if not executed with immense care. Thankfully, every sentence seems as if it was toiled over for a great while. Jiles says more in a single page than many writers do across an entire chapter.

All the way up to its thrilling conclusion, Jiles plays with standard conventions: about what we think of the south after the Civil War, about what we may think of Native Americans and captivity, about what we may think about the late nineteenth century in and of itself. She turns what we are conditioned to presume on its head in this sterling story of two disparate lives intersecting when, unbeknownst to them, they needed it the most.

He would have liked to kiss her on the cheek but he had no idea if the Kiowas kissed one another or if so, did grandfathers kiss granddaughters. You never knew. Cultures were mine fields.

News of the World is compact and can easily be read in one sitting, but its a novel that should be cherished. It reads like a page-turner, but it’s a deceptively slow burn if you take the time to fully digest each sentence. The superb command of time-centric language makes the author feel like an authority on post-Confederacy Texas. Lush lyric prose will open your mind, and unconsciously burrow into your heart. A twice in a decade type of slim novel that greatly outperforms the spacial confines within its covers. A novel that demands to be read again and again. Paulette Jiles is a master storyteller and this is her magnum opus.

He patted the air with a gentle motion.

News of the World is an all-around triumph, a flooring novel that never ceases to astound. 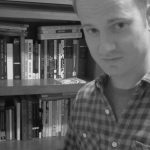 1. When the young Husband returns from the lot with a black SUV that can only be described as compact. How the
petestevens111 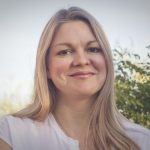 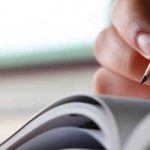 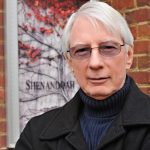 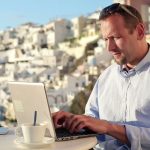 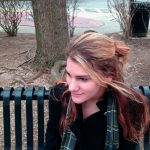 Summit Ave. Raffa comes to live with you in December, during school break. You and Jess have a
kaitlinwisel 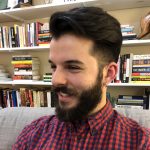 There is a man on the escalator going the wrong way. He has been walking, step after step, for over five hours now.
saige243 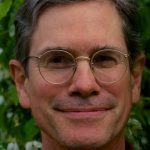 Steven Petite received his Bachelor of Arts in Creative Writing from Cleveland State University and is currently pursuing a Masters in Publishing Studies at Southeastern Louisiana University. His journalism has appeared in Playboy, Huffington Post, Crixeo, Ranker, New York Game Critics Circle, and others. His fiction has appeared in Cigale Literary Magazine. He can be reached at stevenpetite@gmail.com.
Previous Post"Hard to Quit: Nell Zink's Nicotine Review" Next Post"The Light Like A Stain"

It shouldn’t have been surprising that Nell Zink’s follow-up to her critically claimed commercial debut, Mislaid, turned out to be zany, and borderline absurd. After all, Mislaid followed a white southern girl raised to think she was black by her lesbian mother and gay father. Yet, Nicotine is startling, even when compared to Ms. Zink’s bombastic debut. At the outset of Nicotine (Ecco, October 4th), we are introduced to the Baker family. Our central character, Penny, is still a child. Besides a few bizarre scenes that set up some future conflicts, we don’t spend a significant portion of time at this juncture. Instead, Zink fast-forwards to when Penny is a young woman and her father, Norm, is battling a painful, almost undefinable, illness. It appears to be a typical loss-of-a-parent yarn, but after Norm’s death, the narrative blows wide open, breaking off into many interconnected arcs. Penny has two much older half-brothers, both of whom are actually older than her mother. Zink’s persistence to include strange family dynamics is abundantly present here, and it gets even stranger as we learn more. Norm made his living practicing radical medicine on people with terrible illnesses. Basically, the goal was to rid the body