In an interview with The New York Times regarding the birth of his debut novel, Did You Ever Have A Family, Bill Clegg remarked, “I represent great writers, and I couldn’t carry their glove on the field.  When the bar is set that high, it’s daunting.”  Mr. Clegg was referring to his decorated and rather infamous career as a literary agent.  He is known for securing absurd high six and seven figure advances for debut literary writers such as Matthew Thomas, Emma Cline and DeSales Harrison to name a few, and with that success, he was able to set up his own shop last year.  But there was a time not too long ago when he almost threw not only his whole career away, but also his life.

He chronicled his two-month crack binge in the 2010 memoir, Portrait of an Addict as a Young Man.  At the time, he was a rising young star in an overcrowded field.  The handsome, charismatic, hard working, intelligent individual seemingly had it all, but it just goes to show how even the affluent and successful are not immune to the perils of substance addiction.  During his binge, he lost his job, his money, and his home.  Remarkably, Clegg dug his way out of addiction, and followed up with a second memoir titled Ninety Days.

In his brief moments of free time from his hectic life as a literary agent, Clegg wrote Did You Ever Have A Family.  It took him seven years to finish, and he was unsure if anyone would even want to publish it, which clearly shows someone who makes a living spotting immense talent remains self-conscious about their own fiction.  He is right about a lot of things given his impressive client list, but he was wrong about one thing.  He is not only fit to wear the glove of great writers, Clegg is the ace on the mound in game seven of the World Series.  His debut novel is already garnering advanced critical praise from fellow authors and important publications and he was recently included as one of the thirteen nominees for the Man Booker Prize.  The hype is warranted as Bill Clegg has written what could quite possibly end up as the best debut novel of the year.

Did You Ever Have A Family is a novel about personal tragedies, reflection, and the perception of loss in an often times cruel and unjust world.  When June Reid’s house goes up in flames and shatters into ashes, her whole world turns to dust.  She loses her daughter, her daughter’s future husband, and her own ex-husband.  June leaves town, and what follows is a carefully nuanced collage of the ones affected by the disaster, and the links connecting them to one another.

The story is broken down into sections revolving around eleven different characters connected to either June or the one or more of the lives lost in the disaster and, structurally, its loose novel format, reads like an interconnected story collection  The three characters showcased the most are June, Lydia, and Silas.  Lydia is the mother of Luke who right away is suspected as the culprit of the explosion.  Silas is Luke’s friend whose role in the novel is initially ambiguous, but as the tale progresses, readers are given some startling details to piece to together the labyrinthian puzzle.  The remaining sections, scattered throughout, deal with the people in the town either personally affected by the loss of one of the deceased, or indirectly touched by the instant loss of life to provide a glimpse into the unique ways in which death can permeate into the happenings and every day lives of anyone in close proximity to unspeakable events.

But Clegg is not focused on solving any sort of mystery in his fiction.  There is no need for resolution by the time readers turn the final page, because this is a story devoted to the way humans deal with loss in their own unique ways.  Instead, Clegg spends his time inside the minds and hearts of a collective group of people, delivering clear and concise prose which sneaks up on the unexpected reader in a fluid, effortless manner, captivating in a brilliantly innocuous style.  His voice is so unique and pure the unconventional way in which Clegg structures the format appears completely standard.  He rarely uses dialogue, and when he does, it is in italics within the body of the exposition, never breaking a paragraph or thought to give room for conversation, and it works to perfection.  Paragraphs can run for multiple pages, but never once hindering its readability or pace of its arc.

The characters in this small Connecticut town come to life as we enter their daily lives, their thoughts to learn their hopes and fears, their regrets, and their ability to process the inexplicable realities of the occasional bleakness of human life.  It’s title resonates, when everything you cared about evaporates, how difficult is it to claim you in fact had a family at some point?  In the midst of loss, it is often times challenging to remember the past with happy thoughts when you know all of those memories led to a hard to define emptiness.

The reason why Clegg’s debut is so powerful is in its unflinching, unabashed, and unapologetic rawness.  His sentences are poetic and lyrical, yet short and to the point, creating a new and unique voice for American fiction.  His own personal fall gave him the necessary tools to write such a vivid and believable work of fiction.  In each of the numerous chapters surrounding the two main female characters, June and Lydia, Clegg proves he has the somewhat rare talent among male fiction writers to depict women as well as he writes about men, perhaps even better.

The novel asks readers a simple question before they even read the first sentence, and by the end of book, the answer is evidently clear, but not because Clegg spells it out for us.  He does not tell us, he shows us over the course of the slim but densely filled narrative.  With echoes of William Faulkner’s classic As I Lay Dying, Clegg has entered into territory even many established fiction writers struggle with: creating a superb ensemble cast carrying the story forward without sacrificing any sort of continuity from one narration to the next.  Its scope, large, its range, broad, its imagination, daring.

Bill Clegg may have taken the better part of a decade to compose this beautiful saga, but time made every paragraph captivate, every sentence sparkle, and each word necessary.  The only problem the novel runs into is it inevitably ends, but the ride it takes readers on is a tour de force of storytelling and human interest.  Bill Clegg has made a career out of discovering intelligent and important writers, and somewhere along the way, after he rediscovered himself, he found an unprecedented talent within himself, even though he is too humble to admit it himself.  Did You Ever Have A Family will leave readers in stunned silence, and as Clegg has shown, the most stirring reaction, are the things left unsaid.  Marvel in its beauty, allow it to disperse across the mind, and above all, let it tug freely against your heartstrings. 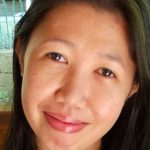 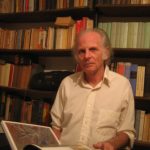 Vinnie and Bill had walked for miles without exchanging a word. It was a hot day. They were both sweating and
skolnik

Steven Petite received his Bachelor of Arts in Creative Writing from Cleveland State University and is currently pursuing a Masters in Publishing Studies at Southeastern Louisiana University. His journalism has appeared in Playboy, Huffington Post, Crixeo, Ranker, New York Game Critics Circle, and others. His fiction has appeared in Cigale Literary Magazine. He can be reached at stevenpetite@gmail.com.
Previous Post"Make the Impossible Look Real" Next PostA Review of The Art of Character

In his book, Writing the Break Out Novel, Donald Maass states: “take that which is improbable and make it look possible: better still, make the impossible look real.” As I’m currently working my way through the first draft of my third novel, I’ve come to realise that my story scope is too small. My main plot events are commonplace and my dramatic moments nothing out of the ordinary. It’s not something I’m worried about at this stage. I shall forge on until I’ve a complete first draft, then set to work correcting the problem when I re-write. I’ll need to really think about those moments when my protagonist finds himself in danger, as they need to be both extreme and believable. To help, I got out my highlighter pen and marked any sentences in Donald Maass’ book which I thought may help. I found this one particularly useful:   “What makes a breakout novel memorable are conflicts that are deep, credible, complex and universal enough so a great number of readers can relate.” Deep By deep, he means deep trouble. Think about the absolute worst situation your protagonist could find himself in, then crank it up a notch, or even two. There’s a reason James Bond ends up tied above a pool full