“Excuse me. I’m over here in the lane next to you and noticed you’re bowling very well tonight.”

“I also noticed—being one lane to the right—that you’ve brought your baby along in the car seat and that you’ve set your baby next to the ball return, on the wood just between our two lanes.”

“I’m left-handed. See, the ball is currently being held by the fingers of my left hand. Given this fact, I feel nervous when swinging the ball back—I have an extended follow-through arm—and I find myself frightened that the momentum of my swing will come down and—with the enthusiasm of the game—my ball could accidently collide with your baby.”

“Yes, I would never intentionally hit your baby. You have my word on that.”

“I don’t understand then.”

“When I swing, it’s not that I actually come into contact with the baby, but I feel at times that I might be alarmingly close to the baby. The worry of possibly mutilating the baby is causing me to withhold the force and concentration I am usually adept at applying to my bowls. See, there on the third frame, a spare. More spares on the fifth, sixth, and eighth frames. These would likely have been strikes if my senses had not been distracted by the small muscle adjustments I made to avoid hammering your baby with a bowling ball.”

“I’m not normally one to pry, but this is an important game for me. I’m on an almost-date with that girl back there, Marla, who has a wonderful neck, and she brought her very attractive friend Fredrick. I suspect his name is simply Fred and he added the rick. I am told Fredrick is gay so not directly a threat but there is the subconscious threat of another male usurping my dominance in an area in which—shamefully, obnoxiously—I talked up my skills at dinner. It was a lousy dinner at one of those Italian places that are dressed up to look fancy with candles and oak barrels and plastic grapes but when the food comes out you can taste that the sauce was slopped out of a large can like a paint pail. If I don’t justify my bragging I’m worried Marla will move to the bar and have a far more enjoyable evening drinking whiskey sours and laughing with Fred.”

“This wouldn’t even be necessary, me bringing this up, if I were right handed, like most people. I wish my mother hadn’t encouraged me in my odd lefthandedness. This left hand has gotten me nowhere in life. And it’s so annoying to have to twist your whole body around to hit the lever on the toilet, or to have to stand up first and behold whatever ungodly creation you have just given birth to, being introduced to it and disgusted by it but also slightly proud, just coming around to a sense of ownership and acceptance before pushing down the lever—with one’s left hand—and seeing all that you have made spiral and wash away faster than you can remember it. The world is cruel for the left handed. The only use I have gotten from this hand is bowling, which works only when the weather is right and when the area around the lane is clear of babies.”

The father sighs. “I’m bringing the manager.” He pushes a red button and a red light blinks over the lane. The two men eye each other over plastic cups of cheap beer. Fredrick and Marla are nowhere to be found.

“May I ask what business your baby has being in a bowling alley?”

“She likes the noises. Every time I bowl she watches the ball and you can see her eyes revolving like little moons in her face, trying to keep pace with the spinning. When the pins scatter she claps. Or spits. It’s all the same to her.”

“But—and I don’t mean to be presumptuous, maybe the manager can clear this up—are there not places specifically designed for children and babies to practice such rigorous sports before being introduced to the real thing? Plastic balls and pins, tiny bumper guard rails on little baby lanes? Are there not—and I may be mistaken in this not being a father myself since my first wife said she wanted a child but was secretly taking pills to prevent it—entire bowling alleys designed specifically for babies? Joints where the babies can let loose their onesies, get away from their parents and relax with glasses of milk from the bar?”

“Those baby alleys are too expensive. So we come here.”

“But why set her on the lane, next to the ball return?”

“It’s what she prefers.”

“Does it not seem to you entirely too late to be keeping a baby awake to watch bowling? Is this not irresponsible parenting?”

“I’m trying to teach my baby that there’s no such thing as time.”

The manager approaches, carries a wet, unlit cigar between his teeth. “What’s the problem here?”

The left-handed man steps forward. “Sir, if I may begin, this man insists not only on bringing his baby to this adult bowling establishment but on actually keeping the baby here, in its current position, just next to the lane. As I’m a tragically left-handed man on the verge of a date, I am perturbed by the presence of the baby nearly occupying the same airspace as the intended swing of my ball, therefore my game has suffered tremendously. Note the spares that have peppered my frames.”

“Huh.” The manager turns to the father. “The kid gotta name?”

The manager removes his cigar, strokes his mustache with two fingers, beginning in the middle and moving the fingers in opposite directions across his face. “Weird.”

“Okay, here’s your problem,” the manager says. His wet cigar hangs between two fingers. The cigar swoops and glides in front of him as he speaks to the left-handed man. “It’s not the baby that’s got you all worked up, not the physical form of a child, a loose nest of rubber bones glued together by tendons and young skin. It’s the idea of the baby—the concept, or whatever—that’s screwing with your bowls. What are babies but reminders that we will all one day be replaced by someone better, brighter, and younger than us? That the whole world is built on this replacing, that people invented it, that maybe this is our wish, to be ground into the dirt by someone whose life we can envy but never have. That what we really want is wanting, and to truly want we must have something precious taken away.” Satisfied, the manager places the cigar between his lips. “Stack your balls back on the racks when you’re done.” He leaves.

The left-handed man shifts his weight from foot to foot. “No, that’s not it at all.” He turns to the father. “But Aqua is a wonderful name for a baby.”

Fredrick passes by on his way to the bathroom. “This is the best goddamn bowling alley I’ve ever seen!” 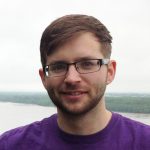 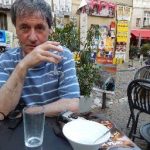 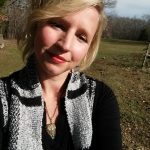 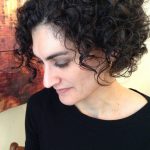 It was when I was leaning over the sticky packages of red meat that he came up to me and said, “You’re the most bea
saraheschiffgmail-com 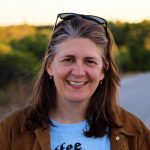 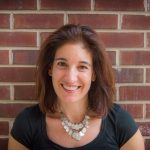 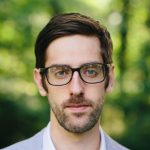 Dropping from heaven and looking out the window, the clouds thin and lights wink through the whistling dark where
mgrubb

Caleb Tankersley is the author of the chapbook Jesus Works the Night Shift. He has won the Wabash Prize in Fiction from Sycamore Review and the Big Sky/Small Prose contest from CutBank. More of his recent stories can be found in New Plains Review, Permafrost, Psychopomp, Big Muddy, and other magazines. He is the Full Length Editor for Split Lip Press.
Previous Post"Lowlands" Next Post"The Undead"

Alan asked me to meet him halfway between Brussels and Paris, at a restaurant around the corner from the Lille train station. I was the first to arrive. Mirrors hung on every wall in the room. I took off my trench coat and placed my soggy umbrella on the wooden floor. The leather banquette felt like ice beneath me and I had cold feet. I must have known what Alan was going to ask me. Or ask of me. And I feared I'd be so distracted by our reflections in those mirrors--at the two of us that became ten of us, then hundreds of us--that I wouldn't be able to look him in the eye and give him a straight answer. * * * We had lived in Brussels for over a year, but I'd never been to Lille before. Alan had come down here to tour one of Biopharmaceutica's research labs, and had asked me to join him for dinner afterward.   Before he left this morning he made a point of telling me, "Make sure you take the train to Lille, France--not Lille, Belgium." I had laughed. But Alan knew me too well. It would be just like me go north when I