For this segment of our Ask an Editor Series, we asked Tara about The Best Small Fictions 2015, her advice for aspiring editors, as well as what tips she could provide for writers interested in publishing their work. Here’s what she said:

AS AN EDITOR, I SUSPECT YOU RECEIVE STORIES THAT AREN’T QUITE FINISHED. DO YOU HAVE ANY ADVICE FOR WRITERS CONCERNING REVISION/EDITING?

I think how a writer should go about editing and revising has to do with what genre she or he is writing in. Certain forms and markets require different editing attention. More is required of the literary writer on all levels. So it’s often a good idea to have a second eye on your writing. In terms of editing yourself, there are basic principles anyone can follow: (1) Read your work aloud. If you stumble, feel a sentence go on too long or end too abruptly, fix it. Hearing your work allows you to write with better rhythm. (2) Especially with flash fiction, every word and piece of punctuation needs to be necessary. If you don’t need a preposition or conjunction, take it out. Agonize over commas and dashes. They have import. (3) Set all work aside for at least 24 hours. Your brain will continue to work while you think you’re concentrating on something else. When you come back to it later, sometimes that problem ending or beginning has resolved itself in your unconscious.

WHAT ADVICE WOULD YOU GIVE TO WRITERS WHO WANT TO BECOME EDITORS?

It’s a craft, just as writing is. You need some background in editing symbols and styles. Chicago Manual of Style is the Bible of the business. I tell students to start by getting familiar with it. It’s too huge to read every page and know everything in it. But read basic rules for editing punctuation, and get to know your way around the index. Start small: edit school papers, college literary magazines, local newspapers, or online blogs. Once you get comfortable, move on to larger projects. And always remember, a good editor does not rewrite in her own voice, but in the voice of the writer she is editing.

YOU’VE BEEN WRITING FLASH FICTION FOR MANY YEARS. WHAT CHANGES HAVE YOU SEEN SINCE YOU STARTED PUBLISHING?

I began writing vignettes in the early ’80s. I didn’t personally know anyone else doing so. Few journals took them, and I was at the beginner’s level, so didn’t see the scattered ones being published in, say, The New Yorker. In the late ’80s, I came across Irving Howe’s anthology of Short Shorts and was given a copy of Shapard and Thomas’s Sudden Fiction. I think those were aha! moments of recognition and excitement. What I was doing had more formal names, and there were quite a few writers out there experimenting with the form. Now flash is published in many journals, much to the chagrin of some traditionalists. But the biggest change I’ve seen is in the academic community. Many more English departments are allowing it into the curriculum.

TELL US ABOUT THE BEST SMALL FICTIONS 2015

BSF is an extension of the research I did for The Rose Metal Press Field Guide to Writing Flash Fiction. While poking around for that historical intro, I found a successful annual series edited by Robert Oberfirst that collected all the best short shorts, as he called them, from 1952–60. I wondered, back then, why no one in 2008 was publishing anything like this series. Last year, I decided the time was right to bring it back, and I’m glad Queen’s Ferry, a wonderful new press creating an amazing list, agreed. We accept work from all over the world under 1,000 words. Having the blessing of another Robert O—Robert Olen Butler—as our first guest editor was icing on the cake.

WHAT CHALLENGES DID YOU FACE WHILE ASSEMBLING THE COLLECTION?

Well, right off the bat, a few editors complained because we asked for hard copy submissions. Some refused to send in nominations based on this simple requirement, despite the fact that hard copies actually take less time to prepare and that most of our editors prefer to read that way. So we have two anonymous roving editors who read journals for us, which works out really well. They (Clare MacQueen and Michelle Elvy in 2015) found some gems from places that didn’t submit, or found stories that got overlooked. That’s the biggest challenge when doing a Best Of collection. Who can really say what is the Best Of anything? We think we’ve risen to the challenge by being as objective as possible and by reading a wide variety of journals and books. This isn’t about personal taste. As series editor, it’s my job to make sure it’s not about choosing works that everyone will find palatable or popular or by journals/authors with big names. We are, simply, looking for the best of every voice/style/format. Finally, experienced consulting editors (this year we had Robert Shapard, Kathy Fish, Claudia Smith, and Christopher Merkner) weigh in on stories on the edge and also help narrow down the finalist pile. A noted guest editor reads the finalist manuscripts blind to narrow down the field even further. We recognize each volume will have its own tone and feel to it, and we welcome the variety.

I got off track there a bit. But I guess I’d say we feel confident we’ve risen to the challenges of producing an annual Best Of collection. 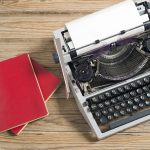 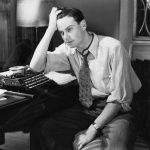 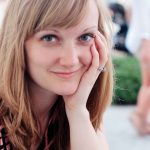 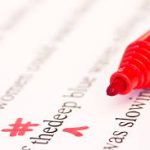 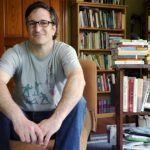 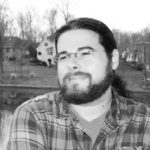 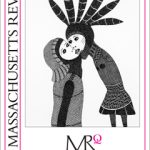 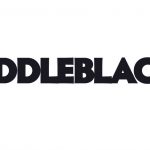 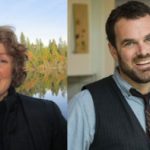 Tara Lynn Masih has won multiple book awards in her role as editor of The Rose Metal Press Field Guide to Writing Flash Fiction and The Chalk Circle: Intercultural Prizewinning Essays. She is also author of Where the Dog Star Never Glows: Stories and Founding Series Editor for The Best Small Fictions annual anthology. Her award-winning fiction, poetry, and prose has been heavily anthologized. Her debut novel, My Real Name Is Hanna, won a Skipping Stones Honor Award.
Previous PostThe Story Behind the Story: "A Late Appointment" Next Post"Silence, Pushing"

The Story Behind the Story: "A Late Appointment"

I worked as a social worker for 42 years; 27 of those as a psychotherapist. "A Late Appointment" is a true story. The client is so typical of many victims of domestic abuse. She is small, lacks confidence, and seems to have so little sense of self or of a voice of her own. I wanted to tell this woman's story, but also to give voice to all the women I've seen who felt they had no voice; who felt they couldn't tell their own stories.