You mainly stayed on your campus, particularly if you were a girl, because women were raped and the administration kept rape and that you were raped extremely quiet, though therapists were available.

While watching out for “minorities” in the inner city, you also had to beware of testosterone beings who punctuated the collegiate world. You prayed they wouldn’t remove your chastity belt, but if they did, there was the cafeteria, where conversations about last night’s activities, and whether you were still a virgin, prevailed.

I spent much time in my dorm, sophomore year, where my roommate was a short girl who got lost in the senior citizens section of Macy’s. She wore polyester red and blue skirts and had Southern bows in her hair.  She smelled like Campbell’s soup, though she wasn’t from Camden, NJ, where this company is.

I thought of my albino roommate this morning because I felt alone and it was snowing out and generally white.

The year before we were roommates—1981—I wrote college opinion pieces that turned the campus on its ass. Frat boys and feminists alike disparaged me in letters to the editor. A little vivisection for 17,000 readers.

Everyone knew me, so when I needed a roommate, I was even less popular than this albino pre-med afro hair girl, who was also a devout Catholic. The elderly Dean of Students, who was intrigued but not impressed by me, thought it’d be “neat” to put us together.

Linda, the albino roommate, had been a bitchy freshman and scared the mice, cockroaches and closeted lesbians in her dorm. (Note: Closeted lesbians were equally furious when I posted a Playgirl centerfold of a black man on the wall in our residence hall. It wasn’t clear what was most disturbing—that he was black or had a large penis.)

Linda had a bland face like my Aunt Ruth who served warm tea in English bone china in Belleville, NJ. Linda also had elegantly designed fingernails, and an adroit seriousness for all things organic chemistry.

Linda despised me, though she never said, “fuck you.” No, it was the disdainful way she rolled her eyes when I came home. The shortness of breath that preceded her silence.  The way she nosedived into carbon atoms and algorithms to ensure her salary, as a physician, would be higher than my future secretarial income.

Linda was not verbal about her contempt for my inability to keep the room clean. She did not say “good morning”; was unappreciative that my clutter comprised the entire canon of Western literature; and never, not once, introduced me to her boyfriend, who’d not have assisted me even if he and I had been the only survivors in The Poseidon Adventure.

Linda was more Catholic/hetero than her boyfriend, who was serious and studious but nonetheless had a rather Irish pigmentation, not bordering on albino. Like her, he was reticent; you knew they had brimming anger, and you could sometimes see sparks, particularly hers, under the skin.

We exchanged words rarely—if there were too many roaches crawling among her Lucky Charms, or how I made her bed resemble Afghanistan after the Americans invaded it.

One night a friend and I brought home two guys and snorted cocaine on Linda’s bed.

We met them in the Douglass Pub, the college bar, where amiable males pursued female ducklings desperate for companionship.

I was checking out a woman who might have a “crush” on me. I’d stare at them, they’d stare at me, and then I’d envision they’d leave their boyfriends. Perhaps they glared because I looked obviously and it was not all that mysterious, though it did tug at my heart.

While stalking a cherry blonde in leotards, my friend and I were approached.

“Can we buy you a drink?” I always said yes to beer on tap, though the Douglass Pub had the lame selection of Budweiser and Rheingold.

These dudes, perusing us from not so are afar, were adversely referred to as “townies,” because they lived locally but didn’t go to the college.

Still, on a glacial Wednesday night, meeting beautiful boys, bringing them back to your dorm, was quite exhilarating at a women’s college in the 1980s.

We were mesmerized by the albino roommate’s snow calendar—photos of skiers with masks, which matched the white stuff protruding from our fingers and noses.

Several white crystals fell on Linda’s bed, and I planned to remind her about an organic chemistry experiment she did the night before.

“Would you like to kiss?” one of the dude-townies asked me.

“No,” I replied, “I’m tired but really appreciate your cocaine.”

“Well, you can see yourselves out,” I remarked. My friend was disappointed, but I figured she could bring them to her room.

“Excuse me,” Linda woke me the next morning, her boyfriend staring like a Supreme Court Justice, “why is my bed cover rumpled?”

“You know it’s illegal to sleep on your roommate’s bed and you can get kicked out of school for—?”

“I would also appreciate your not using my phonograph,” she continued. It was like those movie scenes where mutes talk for the first time.

I said nothing, because I was rather mortified, as this meant I could no longer play Joni Mitchell’s Blue. Paradise would not be a parking lot in my dorm room.

Linda went to the dean to complain.

I was CC’ed on her “rumpling bed” letter, which said, “This scandalous woman also snores. It’s quite possible that she has sleep apnea. This, however, is not my responsibility, and it disturbs my REM and ability to get straight As. I realize this is the middle of the semester, but my grades will suffer. Oh, she has stolen my cereal and repeatedly misuses my phonograph—plays whiny rock music at extraordinarily loud levels.”
Linda and her boyfriend whispered loudly. I also heard them giggling under the covers.

“We’re fine,” she’d say. He was studying geophysics and its impact on pharmaceutical companies.

“Want a slice of pizza?” I extended a box that had been on my bed since the previous evening.

“No,” which was more than she’d say if I didn’t offer.

Eventually, I received a letter from the Dean “expressing her sincere remorse” that Linda would be transferring to another room next semester. “This means you will have your own room. I sincerely hope this works out.”

For the remainder of the semester, Linda and her future spouse appeared less frequently, and I did not have the gumption to use the space on her side.

There was one evening, however, when I stole her Lucky Charms; the weather in New Brunswick was a Siberian landscape.

“Mom,” I said on the phone, “I’d rather risk the albino’s fury than get pneumonia.”

“You’re skating on thin ice,” my mother replied, “what if they kick you out?”

“They’re not going to kick me out. No one likes her either.”

Linda and I were, respectively, like two floating organs in formaldehyde. By December, she’d close the door abruptly if I came in and I’d drunkenly fall on my bed at 2 am.  No words or tears crisscrossed our souls. Indeed, a cool winter breeze remained our loudest talking point. 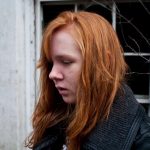 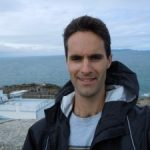 The machine is simple. It’s not designed to kill, but sometimes it fits the hand just right. Like a length of pipe. V
acjones

"I Hove the Wreck"

Baton Rouge to Oxford, MS, the sunset a blast of orangey-red, trees sparse against the brittle clouds, I questioned the decision to travel over the holiday. My cousin's phone call persuaded me to take to the road, what was left of my late-father’s '59 Chevy, all the way to the log cabin on the outskirts of Faulkner's town where all sixteen of my cousins had been birthed. Up through hill country I drove, the olive complexion of the trees a strange contrast with the now clear sky. I took note of several oversized Confederate flags and radio station deprived, sang, “The Night They Drove Old Dixie Down,” at full bore, and moments after my voice cracked on the final note the engine made a noise like a gunshot. All I could think of as I hove the wreck to the road's edge was how typical it would be to miss cousin Donnie's funeral, and how sad he'd sounded on the phone when he asked me if he could confide something. I said, “Sure.” The line fizzled and he said, “You know, Abie, I never liked being a goddamned twin anyways.” I sat silent at the edge of my bed when he passed this