“After Drinking It Up”

Who’s to say the dead whale wasn’t seeking what it swallowed? The necropsy revealed 64 pounds of trash in its intestines — plastic straws, polypropylene bags, and a Sponge Bob Square Pants soap dispenser, worn clean from digestive fluids and salt, and even though the mashed bottles had lost their clarity and looked nothing like the bottles you once held, sometimes you think of your previous marriage and say “I’ve lost fifteen years of my life” with your gentle face becoming unfamiliar.

Swallow it, then, like I swallowed the shame of my childhood that became a part of me like BPA because my mother’s dream of me grew like my own memory without understanding it all my life. And beneath the words she murmured: Accept this now; make it a part of you because I have decided you are the creature from my own depths.

But they say the Great Pacific Garbage Patch is twice the size of Texas now. And since there are styrene monomers in my coffee, I know it in my veins: the inheritance of the scapegoat daughter, those lost and irreplaceable thirties, the microplastics that became a part of our evolving selves, the juice straws that my own son touched alongside the sandwich bag that drifted like a jellyfish and protected but could not conceal what’s beneath. 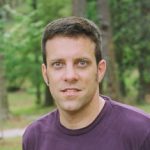 My name is Joe and what else am I supposed to say? I drink too much. Actually, the problem is I drink too fast, if
giampietro 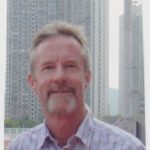 Natalie DeVaull-Robichaud has an MFA from Sarah Lawrence College and lives with her husband and son in CT, where she teaches writing. Her work has also appeared in Unbroken Journal, The Dying Dahlia, Helen Literary Magazine (forthcoming), and Flash Fiction Magazine (forthcoming). She was also a Wilda Hearne Flash Fiction Contest winner.
Previous Post"The Hunted" Next Post"Light On"

The small doe came into the clearing that Randy’s father had made with a chain saw and stopped, picking her head up from the trail. The doe smelled something, and she seemed to be looking right at them. “Easy,” Randy’s father said in a whisper. “Get the gun to your shoulder slowly. No sudden movements here.” The deer stood maybe forty yards away. An easy shot. She put her nose back down to the ground and began to slowly walk. Another ten feet or so and she would be clear of the shooting lane. “You’ve got to go for it,” Randy’s father whispered with more urgency than before. Randy secured the butt of the rifle tightly to his shoulder and peered through the scope. He was careful to keep the gun tight to him because the first time he fired his rifle at the shooting range, the gun was loose and the scope came back from the recoil and hammered him in the eye, bursting a few blood vessels. His eye looked like a tomato for two weeks, during which time his friends called him the Terminator and he secretly relished the name. After the white of his eye resurfaced, the skin underneath gave