I like to tell my students about the worst rejection notice I ever received. I mailed a batch of poems to a west coast magazine; my self-addressed stamped envelope came back months later and I promptly opened it. Written across the top poem in red magic marker, in bold letters, was the message: THIS IS SHIT. I don’t tell them this story to frighten them, though it does. I tell them this story to model an attitude creative writers (and all artists, for that matter) must have if they are to survive: perseverance.

Most writers experience rejection frequently. It’s a state of being. What matters is how people react to this rejection and what they learn from it. In some respects, one might think of writers as people with the mandate to grow and persist against a barrage of messages that tell them they are not worthy. There is a constant flow of information coming in from outside that says, “You’re really not talented enough,” and yet, they must conjure up the fortitude to continue. The best advice I’ve heard about this process is to separate the creative-self from the business-self in writing. Treat the submission process in a business-like manner, remotely related to the creation or value of new work. This is not as easy to do as one would think.

How many other people in professions encounter such a steady diet of rejection? Of course, there are inventors and scientists and researchers who must stomach failure over and over. Certainly phone solicitors have more than their fair share of rejection. But most people do not deal with rejection on such a consistent basis. It can be depressing. It can cause people to question and doubt their abilities, and even lead some to quit writing altogether. As Alan Shapiro states in a recent interview, “Everything about the literary life is not what it’s cracked up to be. It’s all fraught with frustration” (qtd. in Pfefferle 41). For example, Ray Bradbury collected around 800 rejections slips before selling his first story. Steven King’s Carrie was rejected thirty times. So why do writers continue to write and submit their work for rejection? What can be gained from pursuing such a trail of no?

At its best, rejection can lead to introspection and reevaluation. Many times our work should be rejected. It’s not compelling or unique enough. Many people believe early and easy success in publishing can harm writers. Richard Wilbur laments that one problem with the current writing scene is that “almost anything can get into print nowadays,” or we might add published online (qtd. in Stimpson 52). Wilbur implies that there is value in working hard to get beyond or through the rejection slips until one earns a hard-won acceptance. This is one reason why the first book of many poets is their best book; they spent eight to ten years working on it before publication! Rejection can provide a cue to writers that they need to reread, reassess, re-envision, revise. Rejection can open up possibilities of new growth and experimentation for a writer, if viewed constructively.

There are several life lessons to be learned through rejection, including this: one does not always succeed. For example, regardless of how hard I try or how many times I submit, I have never been published in Poetry magazine. For well over thirty years, I have been consistently rejected, and I accept that fact. In life, I experience rejection with the lottery, with grant proposals, with co-workers and students and family, with new job applications, with bids on used cars. Rejection of one form or another is a part of living, of growing up, and the sooner I learn to deal with it, the better. Eventually, this old heart of mine will reject my body and I will not succeed in living forever. Too often, we look to publication as a type of saving grace. It is easy to forget this important fact, but Anne Lamott reminds us in her book Bird by Bird that “publication is not going to change your life or solve your problems” (185).

Rejection can help writers understand that publication, like life, is not fair. The best poem or story doesn’t always get accepted just as the best person for the job is not always selected. Sometimes it’s who you know. Or it’s a matter of timing or mood. Selection is painfully subjective. A writer only needs one piece to get rejected twelve times before receiving an acceptance on the thirteenth submission to realize that fate, luck, and serendipity enter into the publication picture. Understanding that fact about life in general helps a person deal with loss, grief, failure.

Lastly, rejection can focus a person’s commitment to the art form. Will the writer let the opinions of others determine his future? Or will he find the drive within, the conviction within, to continue writing because he finds value and joy in it even though the outside world consistently sends him negative messages? Saying yes to this last question is part of the definition of perseverance. Yet even perseverance does not guarantee success.

In an ideal world, I would prefer more acceptance letters than rejection slips. Most anyone would. But this is not an ideal world. And if my poems were accepted at every magazine I submitted to, my work would suffer in the long run. I would become lazy; I would begin to accept my own mediocrity as excellence. There would be no need to work long and hard on poems. I would settle for less from myself and view publication as a right, not a privilege or fringe benefit. Learning to live with rejection is intrinsically valuable in and of itself.

And in the end, publication is not what drives people to write (or it should not be). It is an internal urge, a longing to say what must be said, a compulsion in one’s life. Writers are trying to make sense of their joys, their desires, their questions, their experiences, their doubts, and their hurts. Those epiphanies can happen with or without publication. Lamott states it more eloquently like this:

The great writers keep writing about the cold dark place within, the water under a frozen    lake or the secluded camouflaged hole. The light they shine on this hole, this pit, helps us   cut away or step around the brush and brambles; then we can dance around the rim of the abyss, holler into it, measure it, throw rocks in it, and still not fall in. It can no longer swallow us up. (197-198)

This “dancing,” as Lamott calls it, can occur to us if we write through the truth in our lives, whether we’re published, rejected, ignored, celebrated, or disdained.

Now, as a person who has come to terms with rejection in his life, I would like to publicly thank Poetry magazine (and so many others) for not accepting my work for the last thirty-five years: it has made me a better poet and a better person. I have to believe this.

Or else I would have stopped writing decades ago. 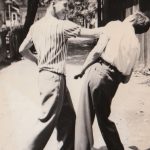 A writer’s life is fraught with rejection. In the face of continual rejection, of people telling you that your
dljames 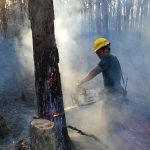 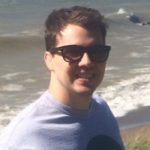 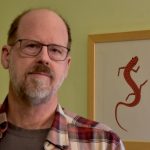 One portion of David James’ trail of no ended when his second book, She Dances Like Mussolini, was published in 2009 (25 years after his first book, A Heart Out of This World by Carnegie Mellon U. Press). This book won the 2010 Next Generation Indie Book Award for poetry. His third book, My Torn Dance Card, was a finalist in the 2016 Next Generation Indie book award. James has five chapbooks and has had more than thirty of his one-act plays produced from New York City to San Diego, CA. He teaches writing at a community college in Michigan.
Previous Post"On the Value of Publishing with a University Press" Next Post"Others"

"On the Value of Publishing with a University Press"

This week, November 11-17, is University Press Week, a seven-day celebration of what university presses are, what they do, and what great value they add to their communities, those scholarly, state, and regional consumers of content. I have an acute sense of why we need a week to heighten observance of the role of university presses. In 1998 I survived the attempt to shutter the University of Arkansas Press. And over this summer I felt all that rage and confusion swarm obsessively over me again as I watched my friends and colleagues I admire suffer the longest and most damaging threatened press closure to date at the University of Missouri Press. That they survived, that any press endured such a maelstrom is a miracle I’m still breathless to behold. And that the university press community has largely an author (Ned Stuckey-French) and an independent sales representative (Bruce Joshua Miller) to thank for this heroic rescue effort is cause for a long space of intense and prayerful humility. While not associated with my alma mater (Missouri State), University of Missouri Press was always a press I identified with and followed, my home state press. I own shelves of its books, and checked out and