How to sum up a life: You start with the beginning—with peace and the color white—move through an accumulation of pain, and end where alligators sleep. Sheldon Lee Compton’s Where Alligators Sleep is a fragmented story of life, its beginning, middle, and end written on postcards like “generations of collected whispers”.

In these 66 stories, peace is the resting place at both ends of life, like two shores these characters keep swimming between. Peace, as suggested in “Random Things At the End and From the Bottom of My Cliché,” is a thin frame for life. This brief, still moment gets only one line in the story—“Peace. That’s the first thing.”—followed by a 52-card pick-up of life with a reminder at the end that it all begins with peace.

In Where Alligators Sleep the present moment bursts with pain, frustration, and abuse. On the surface this might appear to be a downer or something so obviously unpleasant you’d probably not want to be reminded of it. This isn’t what these stories are about, though; these stories are about being human. The narrator of “Case Study” tells us this in such plain English, I’ll just quote him:

“It’s fear that makes us human. I’d trade a thousand peaceful evenings for one second of fear.”

Being human, wanting to feel what it means to be human, enduring the human condition—this is what Where Alligators Sleep says to me. Endurance. Running into the pain, not away from it. Being hit again and again, getting up, readying yourself to catch the next ball. Knowing you’ll need to go to the hospital, but not just yet, only after the wail of pain dies out:

“. . . love, hurt, mother, father, babies, mine, marriages, children, babies, woman, mine, women, hurt, alone, nothing, mother, father. The words weave into one another and in the end they become a single wail across the valley.” (from “The Banshee”)

This single wail woven from fragmented, micro-images—this approach to memory—gives this collection its center. In “Warhol on Postcards” this structure even becomes the subject of the story: a life recorded on postcards, the continuity of moments deconstructed and reconstructed so that each story can be ordered and reordered, the beginning following the end, the middle at the beginning, an older self in dialogue with a younger self, the unwise consulting the wise.

The act of remembering in these inventive wordscapes is like fingernails scraping into the past, into flesh, holding on, not forgetting. The act of gripping—digging in—is a thread through this collection, and it’s nowhere more clearly spelled out than in “He Finds Her There”:

“He carefully slips his fingers beneath the familiar weight of hair and finds her for the first time again, most truly, since she moved out of orbit, away from a sun that was meant for them, a string of days cut short.”

This moving story is about a man who holds on to the memory of a woman by growing his hair as long as hers and running his fingers down deep. He does find her there, and I find this narrative stunning and, at the risk of sounding like a bad pun, memorable. Memory, at least here, is nothing more than a mind searching—like fingers—for that moment of peace, where it all begins.

Many of Compton’s stories are about difficult relationships, lives weighted down by abuse and substance abuse, a preoccupation with death or suicide. There are, however, so many exceptions (which present great opportunities for other readers to find their own way into this collection). One gleaming and stomach-turning example of this is “Field Dressing a Man,” instructions for gutting a man. As gory as this piece might be, it does point to a subtle theme in this collection of human as animal, bringing us back to the title of the collection.

“Where Alligators Sleep” is a beautifully strange story about an elderly couple sharing their last confused moments together. As contemporary music “not fit to dance to” blares from the living room, they slip from the present into the past, through all the moments they’ve shared, and dance. This moment is mirrored in the eyes of every man Billy the Kid has killed in “Billy the Kid After the Photo Shoot”:

“You can almost see the things he loved in his life disappearing there in his eyes, because you know that’s what he’s seeing right then, in that last moment.”

In the end, the leitmotif of remembering is encapsulated in one of Compton’s briefest works: “The First Time Onions Felt Like Flowers”. While it’s short enough to quote in its entirety here, I won’t. I will tell you, though, that this micro is about not forgetting. It’s also a plea from the onions—but also from the alligators, from Indiana and South Carolina, from the estranged father and the heartbroken lover in all their respective stories—to all of the people who’ll carry on without them. Don’t forget us.

Where Alligators Sleep is available from Foxhead Books. 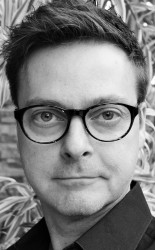 Christopher Allen's work has appeared in Indiana Review, SmokeLong Quarterly: the Best of the First Ten Years Anthology, Contrary, Quiddity, Prime Number and many other fine places. He's the author of Conversations with S. Teri O'Type (a Satire) and a multiple Pushcart Prize and Best of the Net nominee. He's won a few awards, come close to winning others and failed miserably at others. He blogs at www.imustbeoff.com.
Previous PostA Review of Blake Kimzey’s Families Among Us Next Post"The Heavenly Language"

Families Among Us by Blake Kimzey (Black Lawrence Press, 2014) One need only look at the back cover of Blake Kimzey’s Families Among Us—the newly-released winner of the 2014 Black Lawrence Press chapbook competition—to know that its stories demand immediate attention.  Anyone familiar with the work and taste of Ramona Ausubel, Roxanne Gay, Matt Bell, or Kyle Minor, will know to expect stories that are not only ethereal and psychologically revelatory, but also provocative.  And their praise is well-earned. Though these tales takes place in what seems to be our world, there’s always an unsettling, magical difference, a singular but significant alteration to the landscape which yields striking, sometimes frightful, consequences for all the characters involved. The opening story, "A Family Among Us," sets the emotional tone for the rest of the collection by aggressively defamiliarizing our understanding of home. Here we encounter a pair of siblings aching to return to the bottom of the ocean where for decades they had lived with their parents, naked, without human speech, breathing through rapidly-grown gills, amid the wreckage of a crashed passenger jet: The boy and girl held on to each other so they could sink lower, where the water was dark, and still they would