Go to the batting cage daily. Practice two hundred balls a morning, get used to that feeling of the bat humming against your gloves. Forget the red skin and the leaky blisters and the burst pads. Remember the calluses, your hands getting thicker.

Get your own cage by showing up for 9 AM warm-ups at 8, or get there at 7, just to make sure you’re beating the other guys thinking the same. Do all the ugly stuff first, the miffs and dribblers you don’t want anyone to see.

Put all that practice into good use, and show some power: hit a homer right out of the park, over the picnickers on the sloped outfield lawn. That’s 492 feet in Tempe, 480 in Scottsdale, 502 in Salt River Field. Or hit a homer over the shallowest part of the left field wall, 304 at Phoenix Municipal: outta there is outta there is gone.

Better yet: hit a walk-off grand slam. Doesn’t matter that it’s a split-squad Tuesday afternoon in Peoria, Arizona—this is glory.

More likely: hit a third-inning blooper that a better right fielder would have caught, but this guy looks like he’s twelve and misses it by five feet in the afternoon glare. Your guy scores from third in any case, and that makes you a hero.

Or maybe: make it standing to third.

Or else: make it sliding to second.

Or this: make it walking to first. Walks don’t count toward your batting average, but they don’t count against it, either.

Just hit the ball. Any sort of contact will do: foul tip, dribbler, hundred-foot pop. Invoke the infield fly rule, go long but foul, smack a line drive at the pitcher’s head. Doesn’t matter: you made contact.

More likely you will have a spring training batting average of a round .100. At least that requires ten at-bats, one of them a hit. That is something.

Do not go back and count the number of trips to the batting cage, the number of swings and the stinging connections and the times the ball went hard into the net, that this one hit took. The number is impossible, unimaginable, one of those weird Greek letters they use in math. Just try to do it again.

Once you’ve batted ten times, encourage your mom to watch on TV, to listen on satellite radio. Only invite the folks out to Arizona if you know you’ll see playing time, if you know you can hit the ball again, sometime between at-bats eleven and twenty. You might even make it to .150.

Hit the ball when your parents are in the crowd, dad stony-faced and scared for you, scared for himself, mom tearing up the crackerjack box into tiny pieces because she’s so darn nervous. You don’t have to hit it hard or far or even fair, but you must make contact.

Once you’ve batted twenty times, once you’ve felt what it feels like to stand on a base, invite the girlfriend. Act like you don’t know that she wants you to fail—she’s not looking forward to five months of you on the road, five months of going to the gym after work and eating microwaved dinners and watching crime procedurals on TV, checking scores and waiting for the next mindless day. Act like you believe her when she says she’s happy for you.Take that belief, take all of that want. And take all of those hours in the batting cage, the hundreds of thousands of balls and the raw hands and the pile of bats you’ve wrecked and squeeze them into this sun-baked batter’s box, into this at-bat. Hit the ball the hardest it has ever fucking been hit, and make sure she’s watching.

Take that belief, take all of that want. And take all of those hours in the batting cage, the hundreds of thousands of balls and the raw hands and the pile of bats you’ve wrecked and squeeze them into this sun-baked batter’s box, into this at-bat. Hit the ball the hardest it has ever fucking been hit, and make sure she’s watching. 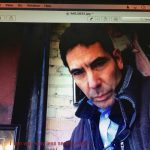 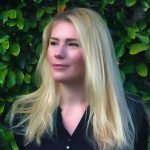 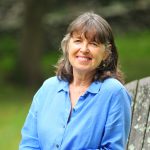 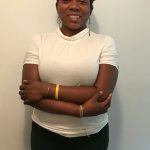 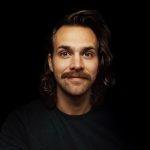 Emily Nemens is coeditor and prose editor of The Southern Review. Her fiction has appeared in Esquire, n+1, and The Gettysburg Review. Her chapbook, Butcher Papers, was published by Sibling Rivalry Press, and she is working on a story collection about spring training baseball.
Previous Post"For the Dachshund Enthusiast" Next Post"What We Take, What We Leave Behind"

"For the Dachshund Enthusiast"

This is a message for the dachshund enthusiast that lives across the airshaft. It is the case, here in Manhattan, that we live in close quarters. That is why on any given muggy New York day, my window is open. As is yours. The only thing between us is a fraction of diluted sunlight, the whir of a giant fan below, and an occasional pigeon that has lost its way. We may as well be roommates. So, I am quite familiar with your dogs, Harpo and Marx, and I am very sorry about Charlie Chaplin; it is true, he was one of the family. I know you spend hours on the phone as a volunteer for New York Dachshund Rescue. You listen to people’s stories and nod along and are silent until they are done. You then offer the kindest voice, a lilt that I had never heard before. I am amazed how many dogs go missing here in our city. Where do they go? You would think there would be packs of them, Pomeranians, terriers, dachshunds — compact urban dogs — roaming Central Park, chasing the rollerbladers or begging at the kabob trucks. But, I must say, it’s a wonderful