During my destruction of Daguerre’s studio I toppled his prized orchid from its windowsill. Coins pooled on the floorboards when its pot broke. Under the left arm of the miraculous greatcoat Claude had installed a pouch which accommodated the take. The money was enough to get me to Calais and across the Channel, but proved too little to transport me further. I owe my escape to New Orleans to the fact that Americans are enchanted by shiny objects. In return for passage across the Atlantic, I made a dozen portraits of a sea captain named Sylvester Lune. All I remember of him is the fact that his surname and quartermoon chin were a perfect joke.

I remember the voyage more precisely. While on the Atlantic I vomited my weight several times over. I emptied myself into the sea so often I soon became convinced I’d gone hollow and I learned why fasting saints witness such wonderful things: Angels mobbed the rigging, some swam alongside the ship like burning fish.

We took on supplies and cargo in Haiti, then crossed the Gulf of Mexico and aimed up the Mississippi. I became ill in a new way-drenching sweats, black vomit, visions even more vivid than those I’d experienced on the open sea.

As soon as we neared a dock in New Orleans, a plank ran from it and a man waving a ledger rushed aboard yelling about landing tariffs and a tax on bananas. The heat was unbearable and his shrieked oration stopped suddenly when he saw me in my huge coat. The look in his eyes made it clear he feared he’d made the bad choice of trying to swindle a ship of fools. The sight of an idiotic but sane sailor hiding bananas under a tarpaulin restored the cheat’s voice. He demanded we line up and pay up. I walked down his narrow plank, ignoring his threats.

I counted the bells ring ten times. Stinking smoke cocooned the lamps and I wondered if I’d died and gone to the Hell my father promised. When I finally met another man in the street he was masked. For a moment I was sure he was a bandit, but he crossed the narrow avenue to avoid me. I was watching his back fade into the fog when the cannons began to boom, rattling the boards covering the windows of the shop I stood before. The mask and guns and fire made sudden sense-it was July and I had arrived during America’s violent celebration of independence.

I spent my first night in New Orleans hiding in a looted tobacconist’s. In the dark I was seized with the belief that I was to be sacrificed as part of the festival, my corpse used to fuel the reeking fires. In the hours before dawn I reminded myself of the coat’s contents-the hammer I’d used in Daguerre’s studio, squares of copper plated with silver, a snuff box of iodine, mercury shuddering in a vial, a lens plump as a swollen coin. I fingered the talismans, eyes closed so tightly that Paris lit inside my head like a scene inside one of Daguerre’s dioramas.

I heard the bells ring five and worked up the courage to light a match. Showcases held broken pipes and a fine dusting of fragrant tobacco. From the corners of one case I scraped enough to fill the cracked bowl of an abandoned meerschaum so small it must have been meant for a baby. Smoking my busted pipe and watching the sun tint the tar smoke I fell into a sleep so deep that the hot plug of tobacco fell from the pipe and burned a moon-shaped scar onto my hand without waking me. I slept for half the day and woke swimming in my coat, the fever broken. The sun had fallen. When I took to the streets I felt a chill and huddled deep into my blessed greatcoat, the camera slung over my shoulder in its sack. People stared as they passed, all but their eyes and brows hidden behind kerchiefs and under hats. I was weak from hunger and thirst. No cafe presented itself.

I walked and walked, the bells’ count climbing to eleven then twelve, then beginning anew at one. Just after they sounded four o’clock I followed my nose down an alley and found a baker stacking fragrant wands of bread into his cart. Swooning from the brown smell I begged him for a batard and he spat at me. I produced the pistol with which I had intended to murder Daguerre. I felt no guilt, the weapon was harmless: I’d fired its only ball at an angel who stuck out her tongue at me. The baker cried out as if shot, then fainted. I took as many loaves as I could carry. Hidden in my tobacco shop, I gorged on bread, the cannons giving cadence to my chewing, and the sun rose dully behind black clouds. 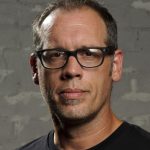 The Story Behind the Story: "Grow Grow Grow"

Once, in a reverie, I listened to the PJ Harvey song “Grow Grow Grow.” I sowed a seed Underneath the oak tree I trod it in With my boots I trampled it down I pictured a woman trying to plant an apple seed under an oak tree. It was winter and the ground was too hard. I kept going back to that image and asking myself what more I knew about it. Early on I realized that she was trying to plant the seed to displace some of the grief she felt after having an abortion. I am strongly pro-choice but I had never really tackled the issue in my fiction before. I worried that whatever feelings my character had would about her abortion would alienate readers.  And I certainly didn’t want to seem anti-choice by writing about a woman who is experiencing a barren, awful feeling afterwards.  It was good for me to go through that questioning, though, because it helped me to learn how to consciously remove my ego from my process and just write the story that was in front of me. I tried to write the story and had a couple clunky attempts and wrote one paragraph on an airplane that I